All of you ATI fan boys are going to need a new moniker: AMD is officially announcing that they are phasing out the “ATI” name completely and will be replacing it with the “AMD” brand in all areas.  Since the merger of ATI and AMD back in 2006 the debate has quietly been raging on when, or if, the ATI brand that we all know and love would filter its way out of relevance.  Later this year, that process will begin.

AMD claims that after doing some extensive surveys of a worldwide “discrete graphics aware” audience they found a few interesting points that indicated permission from the community to make this move:
Later this year as the upcoming graphics chips are released (leaks and stuff you know) these are the only logos you are going to see: 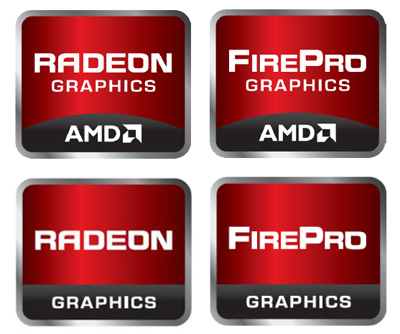 The new generation of GPUs will be called “AMD Radeon Graphics” while the currently existing products will continue to hold their ATI nomenclature until their own untimely demise. 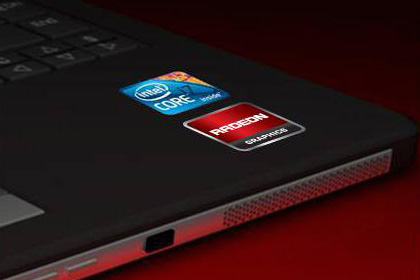 Also interesting is the branding that omits the “AMD” brand; that will be used for OEMs that are sensitive to putting both an Intel CPU and AMD GPU logo on the same machine.  Honestly though, this will likely prevent some confusion for the average consumer. 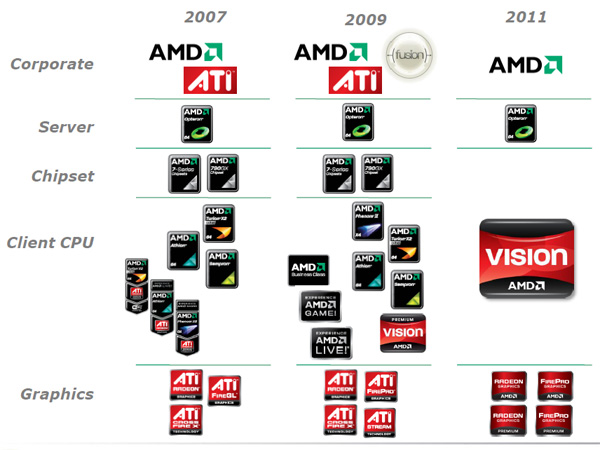 As 2011 nears you can see that AMD is taking a big step forward in reducing its branding and logo systems going from 18 in 2009 to 7.  Obviously I wouldn’t place bets on us not seeing additional logos in the coming months as new processors Fusion technologies are introduced, but it’s a start.

A big part of this consolidation is also based on the move to the hybrid CPU/GPU chips that AMD calls “Fusion” as it consolidates all the companies technologies one brand AND one processor.  AMD is betting the farm on its Fusion technology and the branding aspect is just one of many internal indications of this dramatic shift.

In the end, I think some people will blow this pronouncement out of proportion and it is overall a good move for the company going forward.  But, I must admit, I weep a single tear as I post this logo for perhaps the last time: 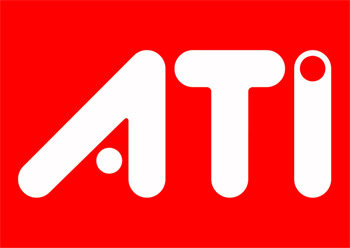