System reviews are interesting in that anyone can put some PC components in a case and call it a gaming rig. The real issue is not just the hardware specs but how the company presents itself and how it supports customers before, during and after the purchase process. Having a 6-core processor overclocked to 4.5 GHz and a pair of GTX 480s never hurts though.

While the enthusiast market for systems has been slowing decreasing as more and more users focus on mobile and portable computing, the competition for the niche field hasn’t been slowing down at all.  Recently we have looked at high end gaming rigs from companies like Puget Systems, AVADirect, Alienware, CyberStorm and others all with something unique and interesting to differentiate themselves.  Today we are taking a look at our first Maingear computer – the F131 that resides in a somewhat mid-range placement in the company’s lineup.  There is nothing mid-range about this computer though…

Here is our review of the Maingear F131:

If our video review wasn’t enough for you, check out our photos and benchmarks below!

Inside the Maingear F131 System

While the Maingear F131 technically starts at $1269, our tested model will run you quite a bit more.  Here is the quick list of specs in this expensive, yet powerful gaming computer:
Total system cost?  Just about $4200. 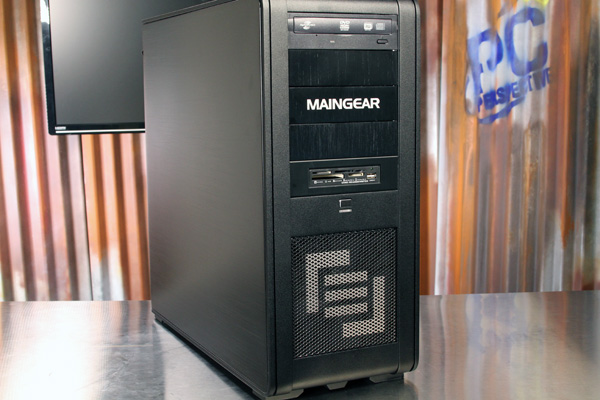 The Silverstone case is nice looking though isn’t has sturdy as some other cases like Maingear’s own SHIFT design.  The brushed finished is great, doesn’t show fingerprints and has the added touch of the Maingear logo painted on the front air intake grill. 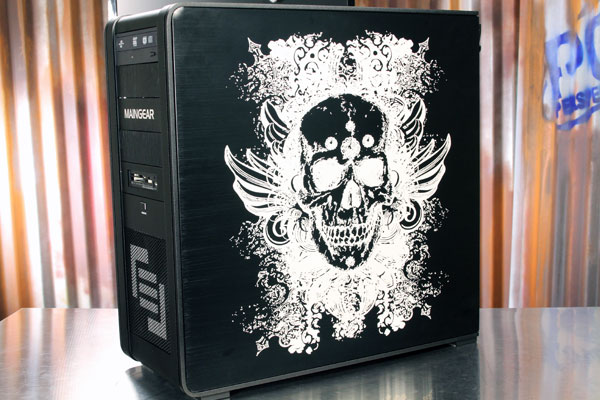 Our case came with a logo etched in the side, completely free of charge.  It actually looks really nice in person though when I was told about it I thought it would be cheap feeling.  There are a few other designs available though the most interesting part is that you can submit your own artwork that can be applied to the side. 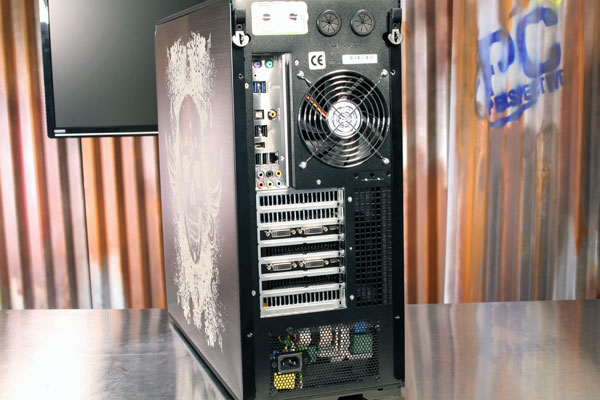 The back of the system is pretty standard with the power supply mounted at the bottom and the motherboard connectors have a pair of those new USB 3.0 ports. 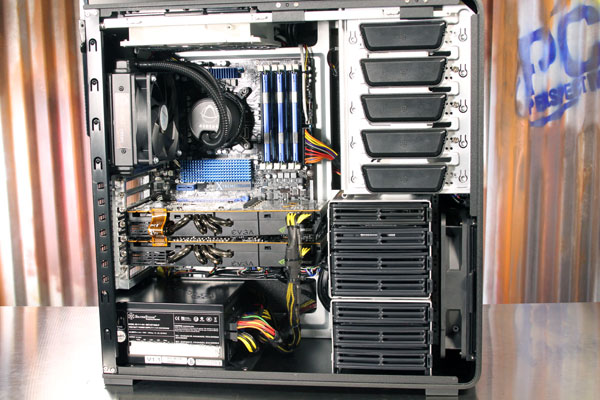 Opening up the case shows the inside of the F131 with its clean design and high end components. 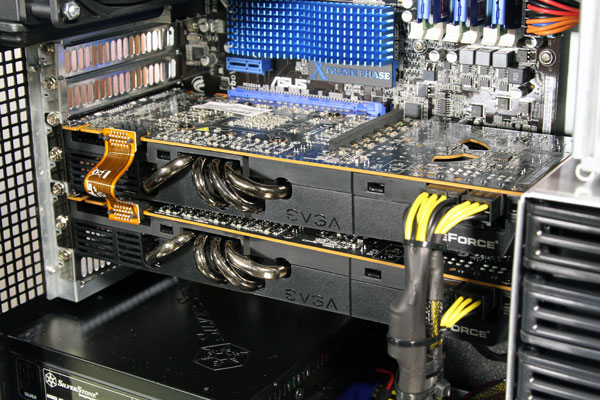 Here you can see the pair of GeForce GTX 480 graphics cards from EVGA running in SLI. 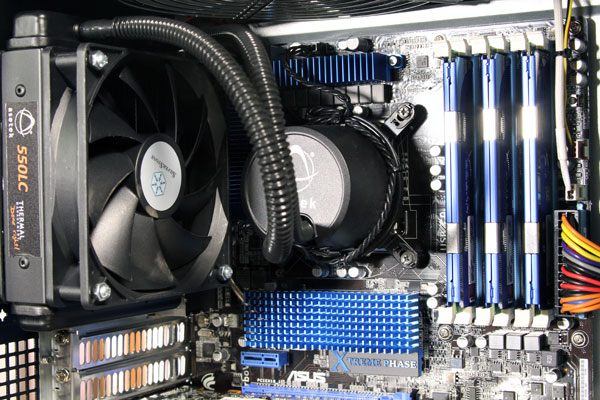 The Core i7-970 6-core processor is running overclocked to 4.5 GHz thanks to some elbow grease by the Maingear staff and the Asetek self-contained water cooler. 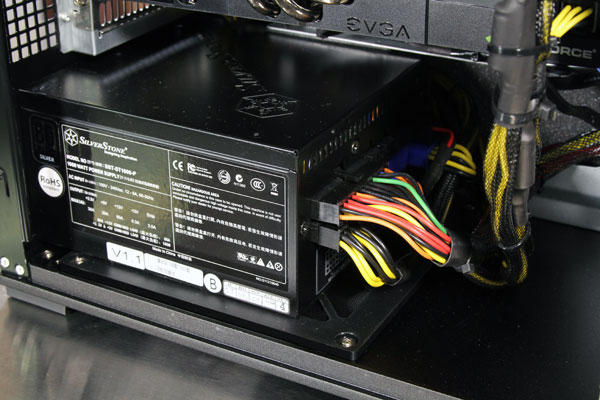 The Silverstone power supply is fully modular and allows for a very clean interior while maintaining the power for the dual-GPUs and overclocked CPU. 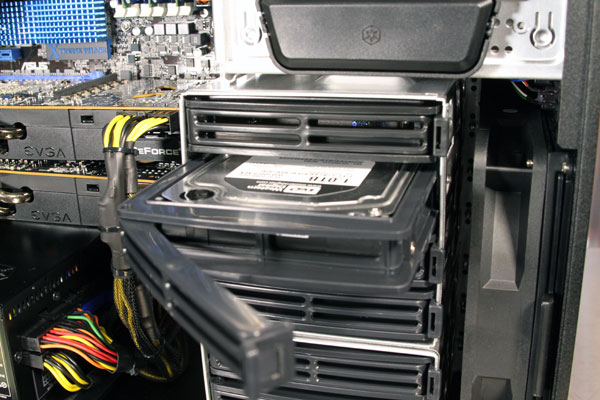 The Silverstone case also has a pretty basic hot swap setup though the SSDs don’t quite work in it and thus are hard wired.  The hard drive cages are all plastic and are overly flexible and as such we don’t recommend really using them to swap out hard drives very frequently. 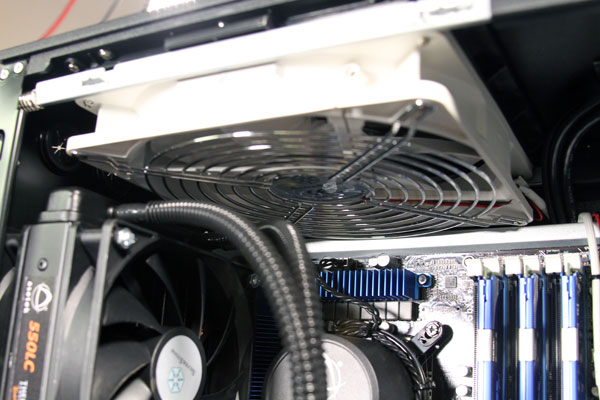 Up top on the case you see a huge case fan drawing cool are down into the case; this is a change from what most users would do but this is because of the requirement for an exhaust fan on the Asetek water cooler. 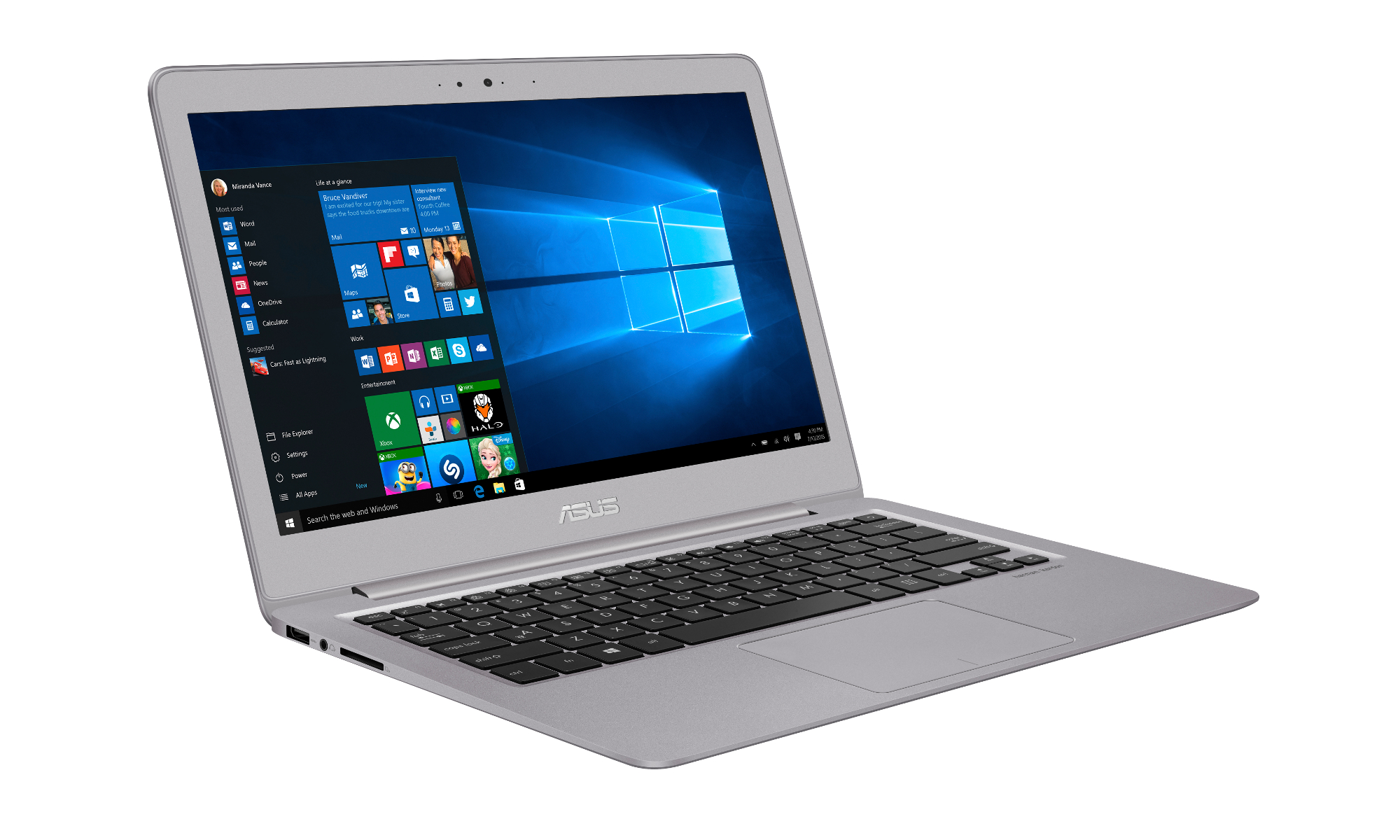 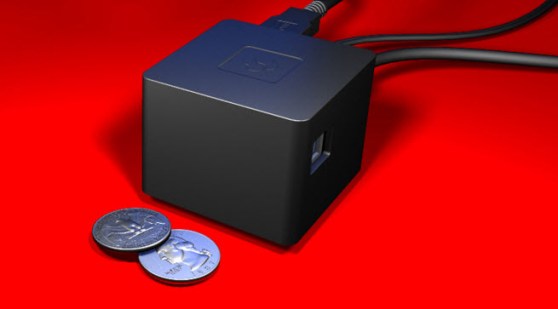