As I said before, even though the Maingear F131 falls into the middle placement in their lineup, our system configuration is far from middle of the road.  A highly overclocked Core i7 6-core processor and GeForce GTX 480s in SLI definitely make this a system to reckoned with… 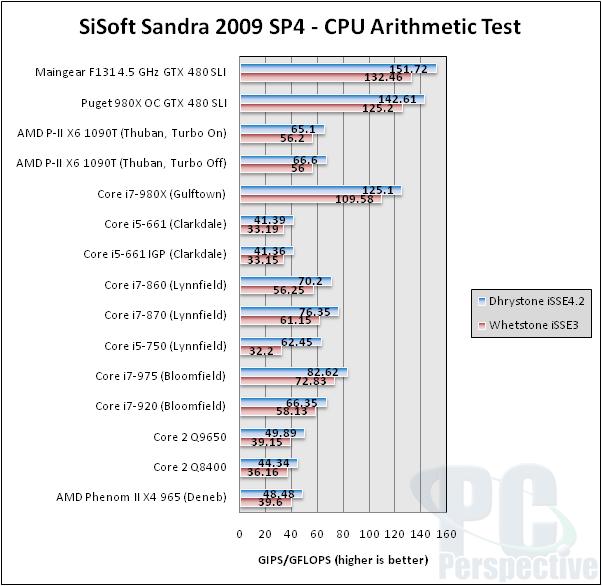 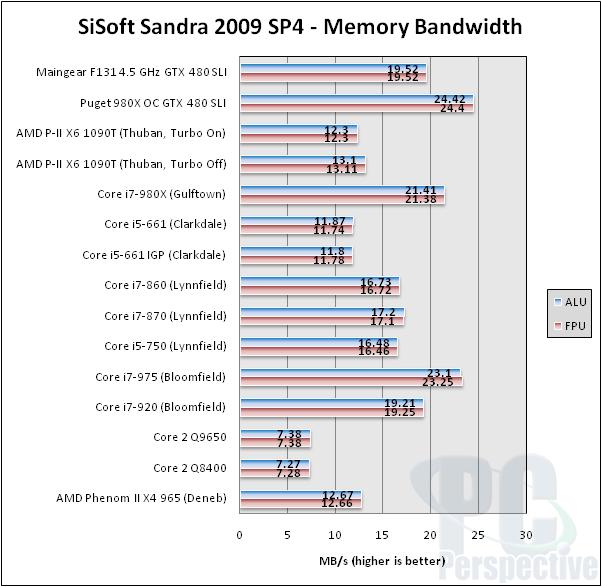 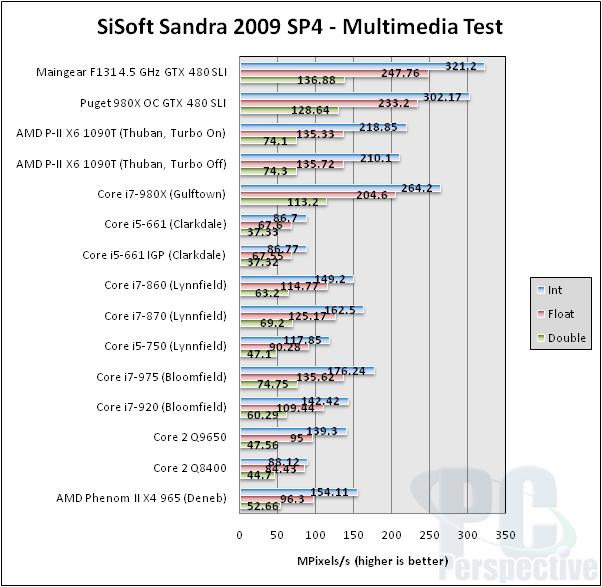 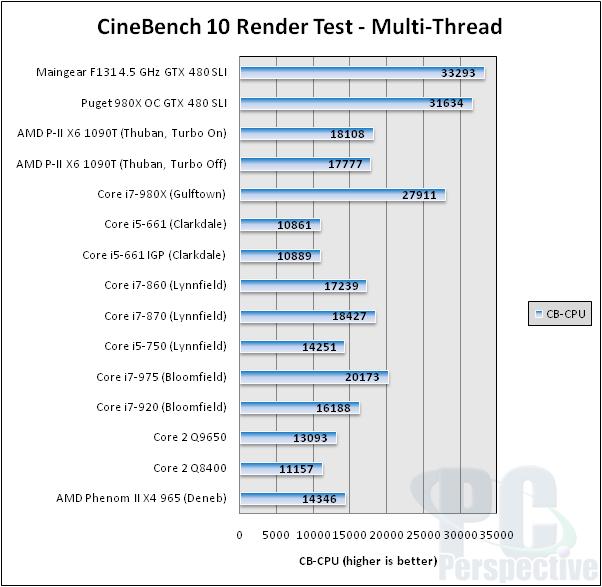 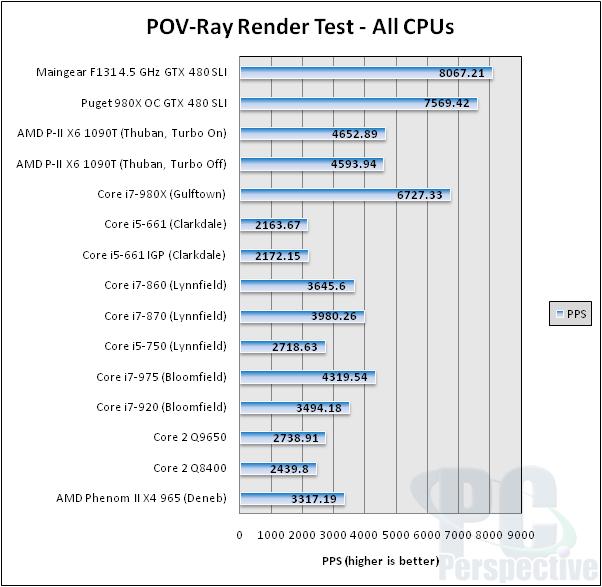 Our CPU benchmarks prove that the Maingear F131 as configured here is the fastest desktop PC we have ever put on our bench!