A limited set of benchmarks were run to highlight tessellation performance in synthetic benchmarks and real world games.

The Unigine guys were one of the first to release a benchmark really hammering on tessellation, and while the actual tessellation usage may be a bit odd as compared to an actual game, it gives us a good idea of overall tessellation performance without straining the card with advanced pixel shading effects.  Settings were placed at high, with no AA, and 16X AF.  Moderate, Normal, and Extreme tessellation settings were tested. 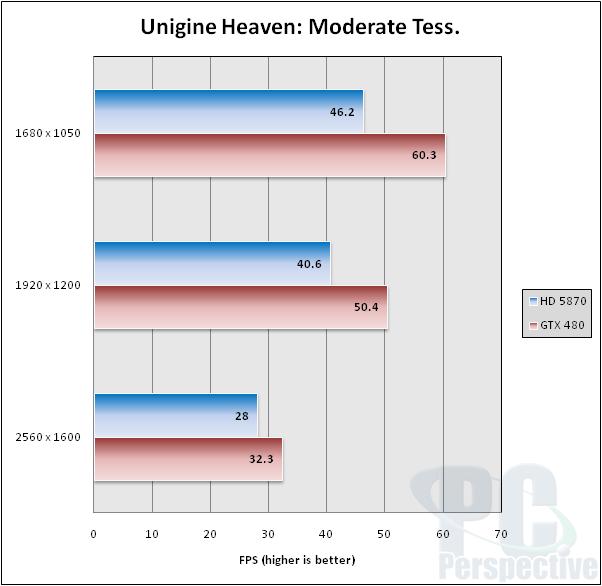 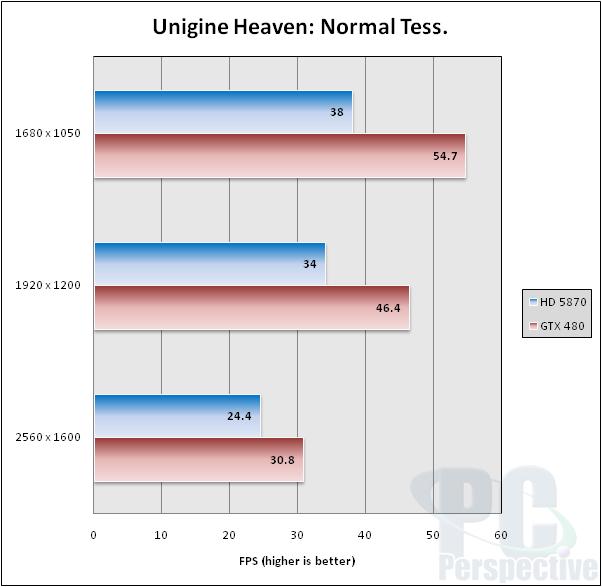 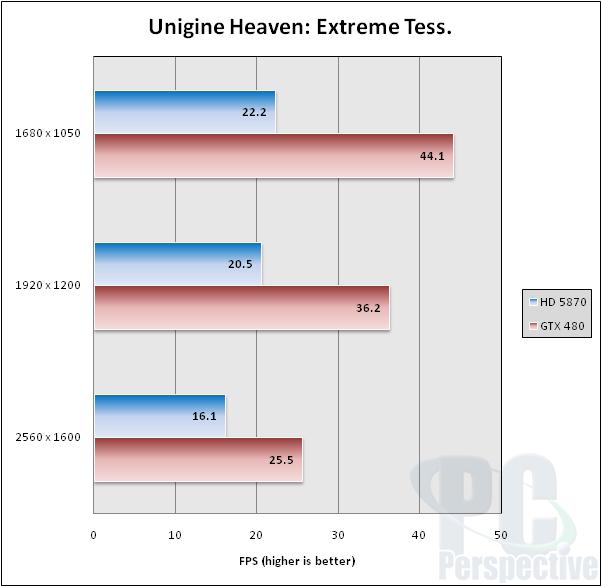 In terms of tessellation scaling, the GTX 480 rules the roost.  Again, this is a situation where the primary goal of the benchmark is to test tessellation, and not so much pixel shading.  It is interesting to see that at the lowest resolution, the GTX 480 scores nearly the same at the Extreme setting as the HD 5870 does at the Moderate setting.

This slightly newer benchmark also really stresses out the tessellation units, and is a bit more interesting due to the dynamic nature of the benchmark versus the nearly static scenes included in Heaven.  Settings were placed at high, no AA, and 16X AF.  Three modes were tested; disabled, medium, and high.  Results were recorded with FRAPS with the automatic run-through. 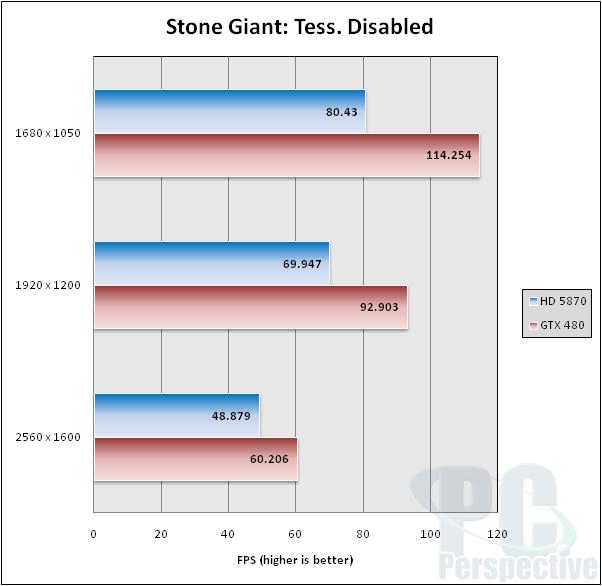 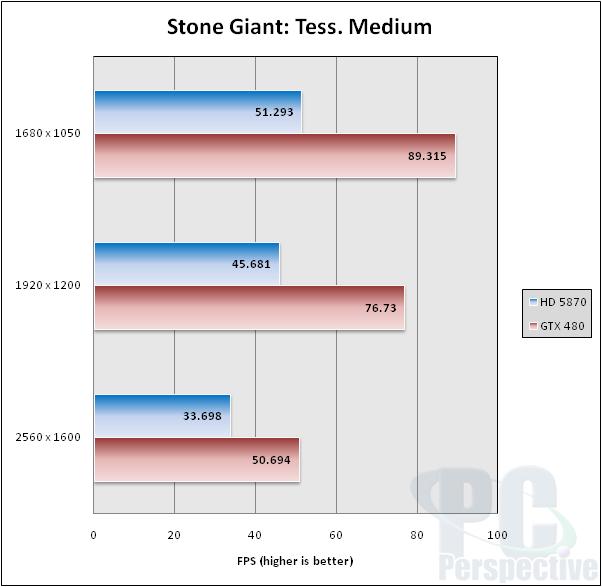 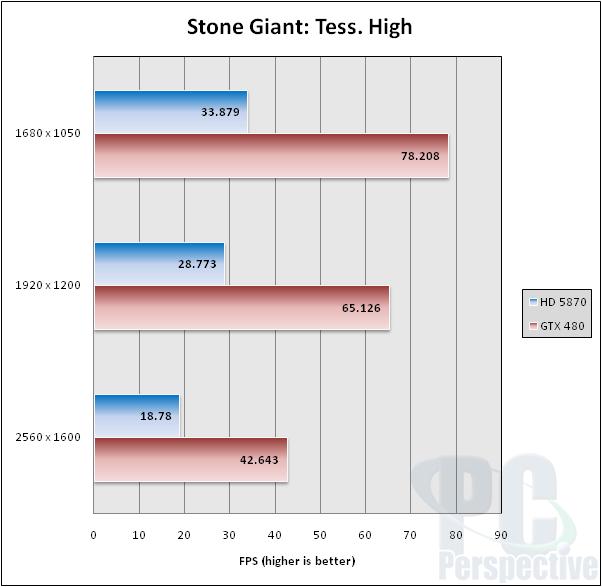 Across the board the GTX 480 dominates the competition.  This benchmark is a bit more interesting in that it does feature more shading and lighting effects, as well as lots of dynamic activity due to lots of bugs scurrying around the floor (Paul Verhoeven would be proud).