DiRT 2 and Aliens vs. Predator Benchmark

This is one of the first games to actually utilize DX11 based tessellation.  When enabled, the crowds are tessellated to give a greater impression of realism and depth.  Water effects are also tessellated so that when cars run through these pools, it actually creates waves that spread outward from the car.  Settings were placed at 4X AA and 16X AF.  High and Ultra settings were enabled for different tests to see the difference between no tessellation and tessellation, as well as the ambient occlusion setting enabled by the Ultra profile.  The built-in benchmark was used to get results. 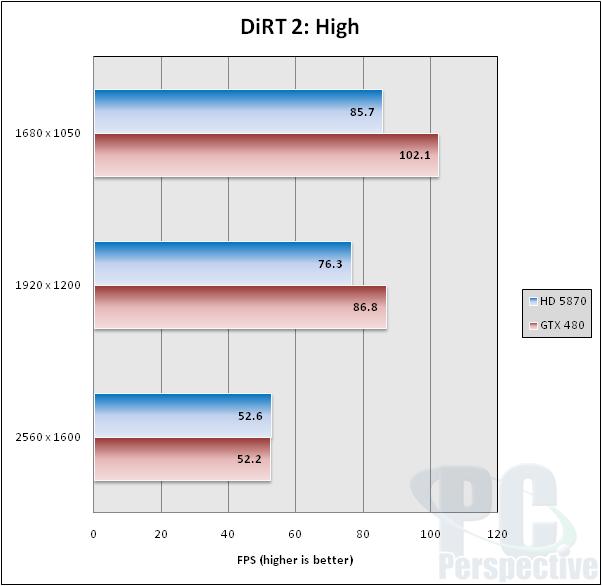 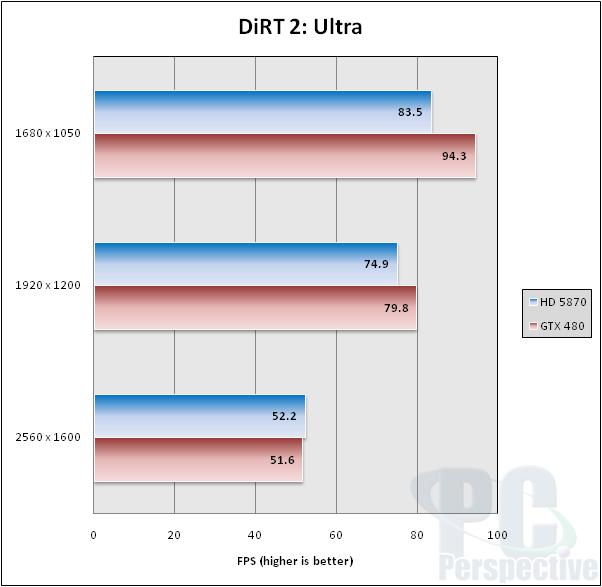 While at the lower resolutions the GTX 480 is faster than the HD 5870, the situation reverses slightly at 2560×1600.  This game does not push tessellation to any high degree, but we see that in less pixel bound resolutions the NVIDIA solution is faster.  Once the top resolution is reached with both High and Ultra settings, the results are nearly identical between the two solutions.

This latest iteration of the popular AVP franchise is another title which uses tessellation when rendering the Alien models.  This benchmark features dozens of aliens running through a messed up base.  Since it is based on the actual game, it is more balanced in terms of shading workloads.  Quality settings were placed at High, with no AA and 16X AF. 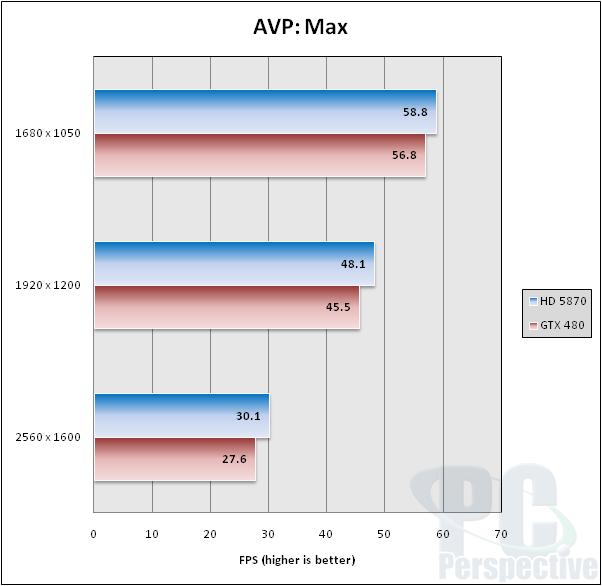 In a surprise (or not) twist, the AMD card comes out slightly ahead at all resolutions.  AMD worked very closely with Rebellion to implement many DX11 features into the PC version of the game, and provided the DX11 development platforms based on the Radeon HD 5000 series of cards.  The same can be said for DiRT 2, as AMD really pushed Codemasters to implement those few DX11 features into that title, and provided hardware support to make it happen.