Inside the Puget Serenity

Jumping inside the Serenity we find that even though Puget Systems couldn’t use the fastest components available and still maintain the low noise levels they wanted to hit, this machine is no slouch. 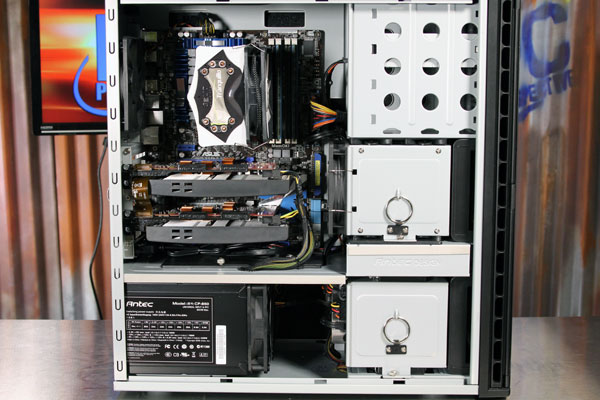 The inside of the case is very clean as you would expect from a professional system builder but the real key here is in the various component selections that go into making a sub-20db system. 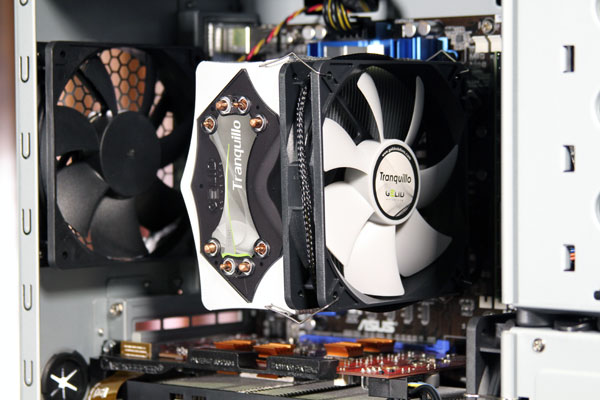 First up is the Intel Core i5-750 quad-core processor running at stock speeds but being cooled by a Gelid Tranquillo heatsink and fan combination.  The efficiency of the cooler and the incredibly low noise levels on the fan mean this speedy CPU is running as silently as possible. 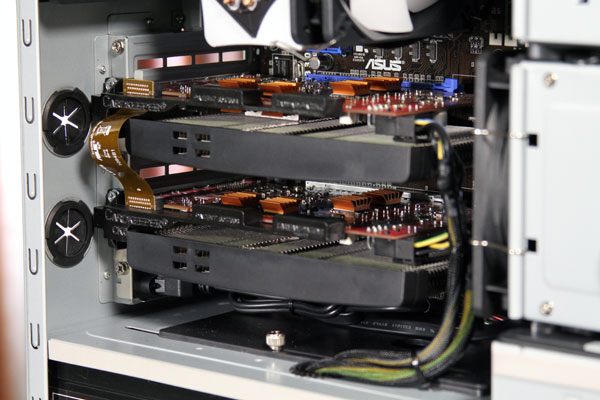 Probably the most common noise creator in a gaming system is the graphics cards and when you are doubling up for CrossFire that is usually even worse.  Puget Systems instead installed a pair of Powercolor Radeon HD 5750 1GB Silent cards that are completely passively cooled.  No fans equates to no noise for the most part and in our testing the heatsinks got hot while gaming, but never to the level of instability.  True, the Radeon HD 5750 isn’t exactly a high end graphics card but Puget’s goal was low noise levels and the doubling up of cards in CrossFire still creates a formidable gaming system. 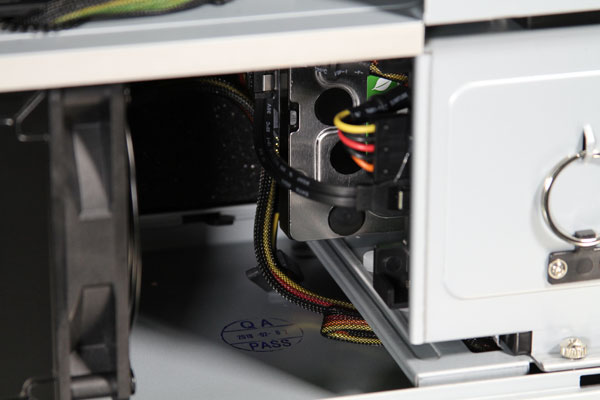 For storage options Puget combines an Intel X25-M 80GB SSD as the primary drive which is obviously completely silent in addition to a 2TB Western Digital Caviar Green hard drive that is about as quiet and cool as spindle based drives can get. 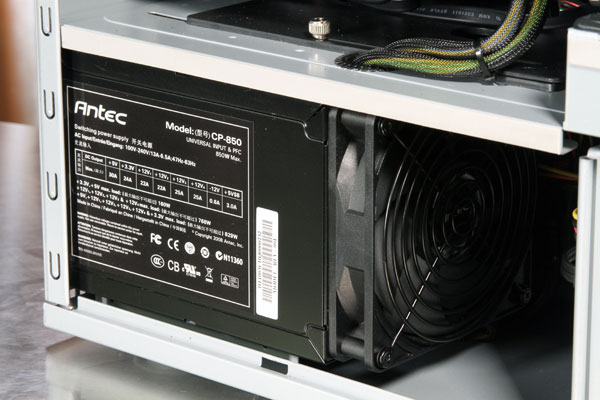 Finally, the Antec CP-850 power supply was really designed for this type of rig – it has a very large fan and exhaust that allows it to operate high loads at low sound levels.

Let someone else do the work 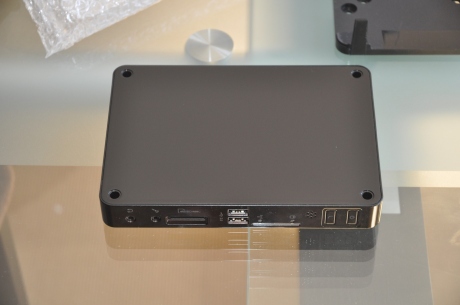