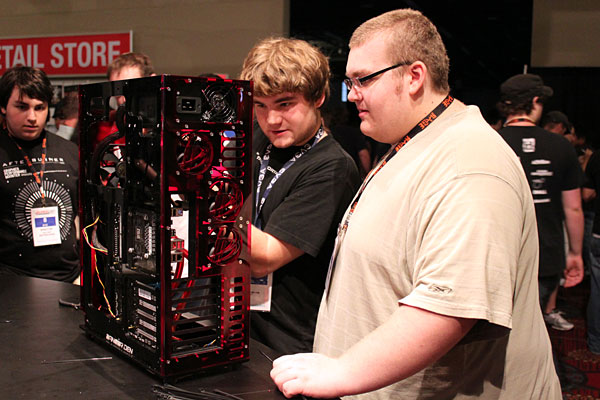 ASUS had one of the largest booths at Quakecon this year and they didn’t disappoint anyone who stopped by to see their latest and greatest hardware. It looked like ASUS teamed up with Danger Den for this event because they had tons of Danger Den watercooling equipment and cases on display for gamers to check and and play with. They also had an overclocking section where they showed people the equipment they use for overclocking and gave them tips and tricks to start overclocking on their own. 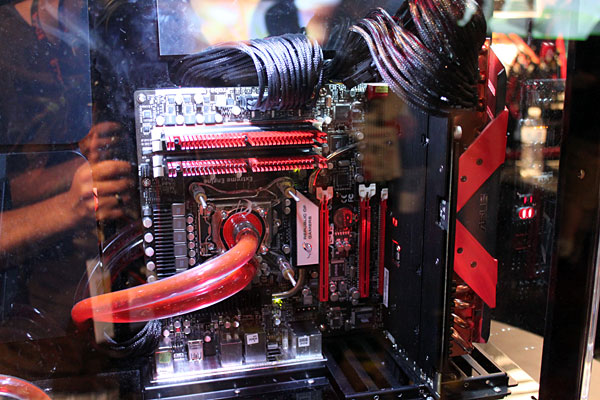 Here’s one of the ASUS systems on display showing off the ASUS ARES Dual HD 5870 graphics card. There were only 1,000 of these cards made and we reviewed it at PCPer in July. 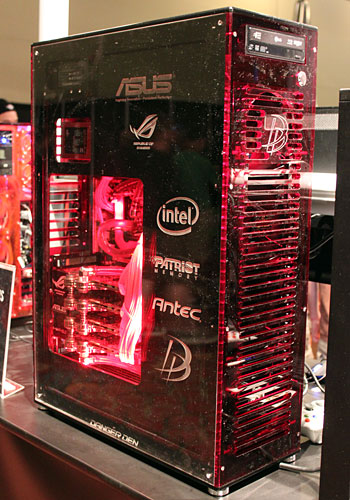 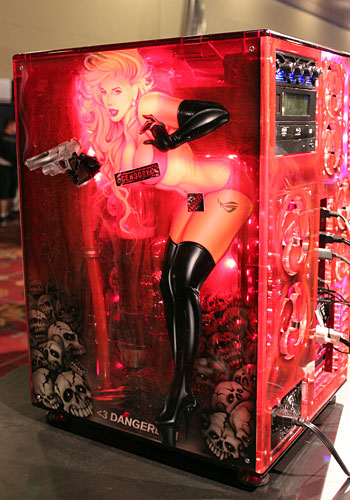 This custom Danger Den case had some nice graphics work done on the acrylic panels using air brushing and other techniques. The red and black color scheme really worked well and drew everyone’s attention as they walked by. 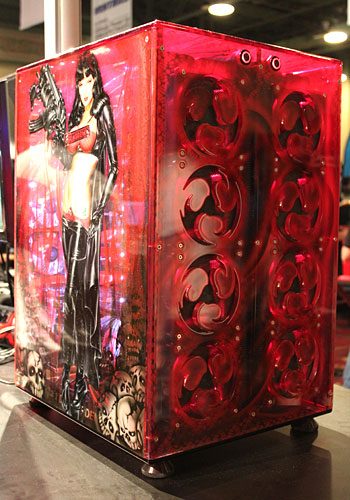 Here’s the other side panel of the same case above. Awesome work for sure. We’ll have more coverage of ASUS’s booth in our day 2 coverage. 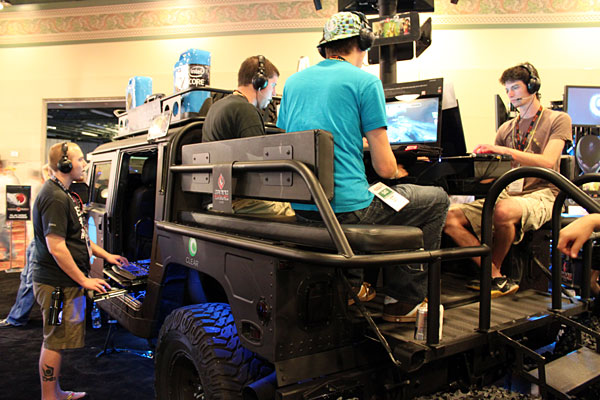 Alienware pulled out all the stops for this year’s event and brought with them a customized black Hummer that was outfitted with gaming consoles on the front, sides, and back flat bed to host their Left 4 Dead 2 tournaments. Gamers won prizes based on their performance during the tournament. 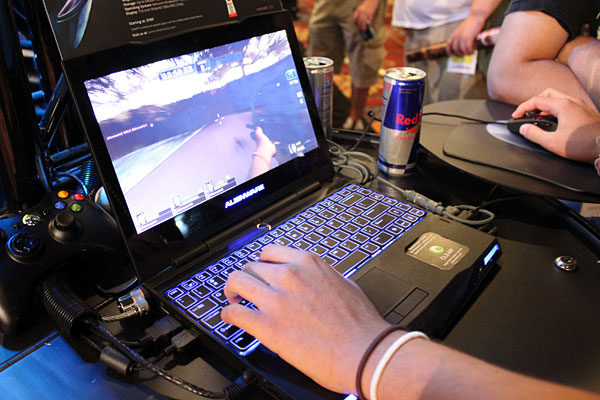 People were also gaming around the Hummer on these Alienware M11x notebooks. These notebooks contained a i7 640UM processor, 4GBs of DDR3 800MHz memory, GeForce GT 335M 1GB graphics card, and a 256 GB solid state drive. These notebooks start at $799 at Alienware and are portable enough for gamers on the go. 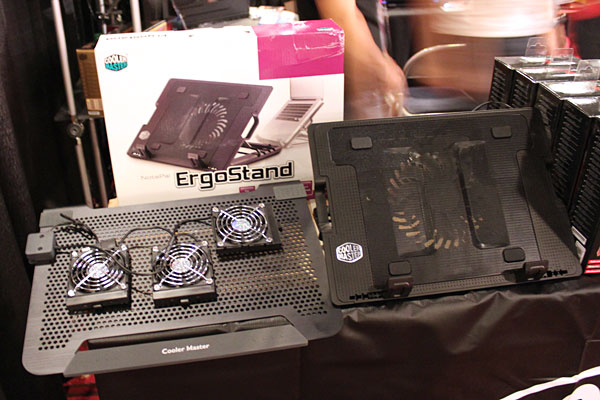 CoolerMaster had a small booth this year and showcased their line of cases, mice, power supplies, and notebook coolers shown above. We’ll get more coverage of their booth during our day 2 coverage. 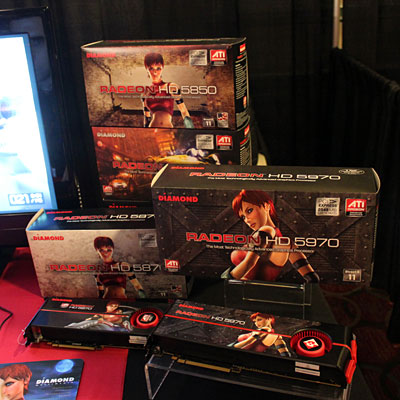 Diamond also had a booth to give gamers a glimpse at their line of ATi Radeon graphics cards. There wasn’t much that was new or interesting at their booth, but they did have a custom gaming system that people could play and put their name into a drawing to take the entire thing home at the end of the event.

Not the only game in town 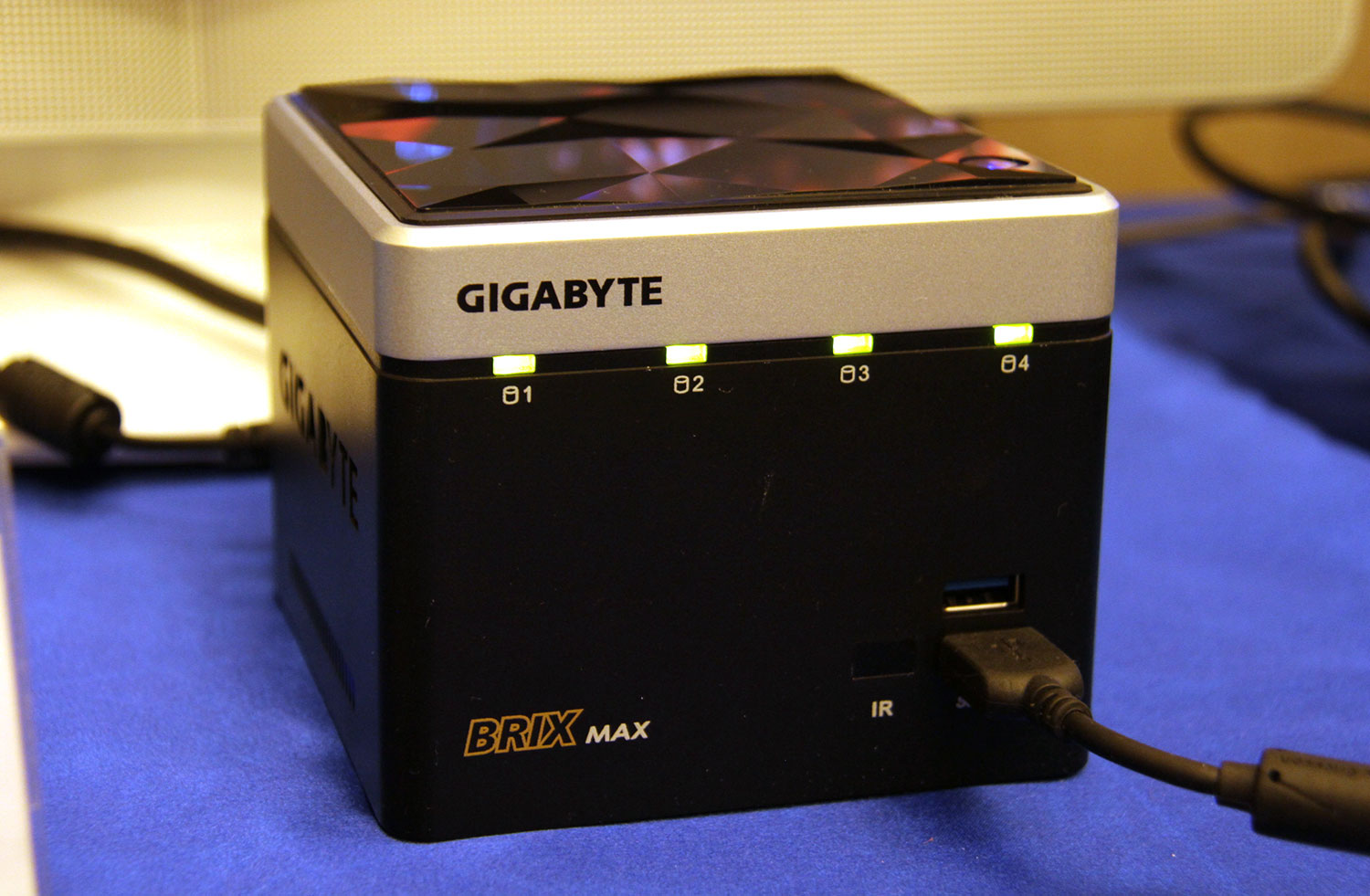