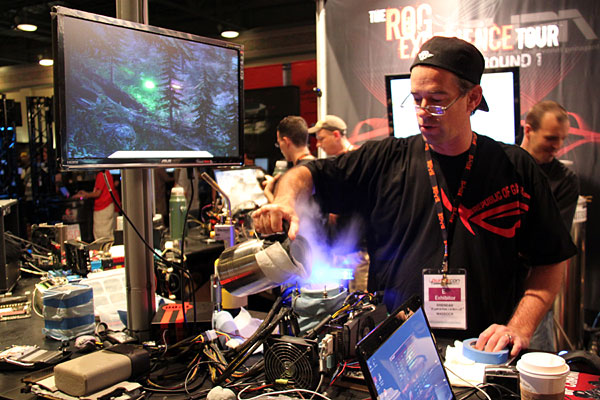 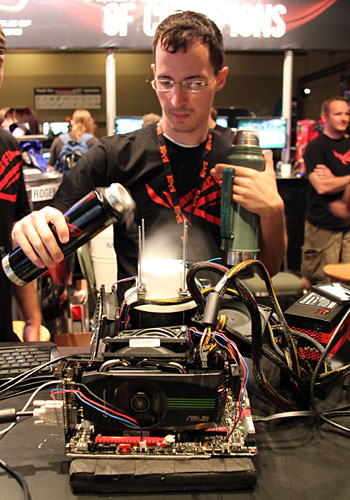 Chris ‘Gomeler’ Morrell was also using liquid nitrogen to overclock an Intel Core i7-980X Extreme Edition Gulftown processor with an ASUS Rampage III Extreme motherboard. They had two different overclockers at their booth entertaining the crowd and answering questions about overclocking and ASUS’s motherboards. They also allowed attendees to try their hand at getting the highest overclocks they could achieve for prizes and other swag. 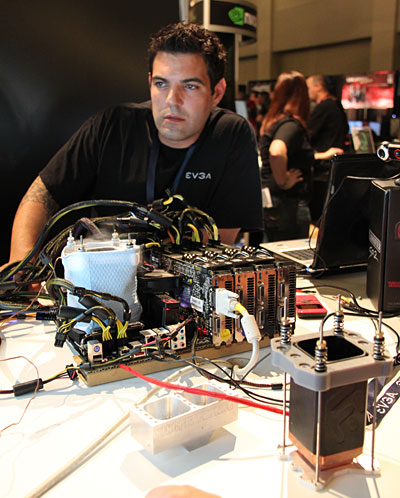 Vince “Kingpin” Lucido was doing some hardcore LN2 overclocking for EVGA at the NVIDIA booth using quad SLI GTX 480s and an EVGA Classified motherboard. He was also showcasing his line of LN2 pots that he custom makes and sells independently through his website. 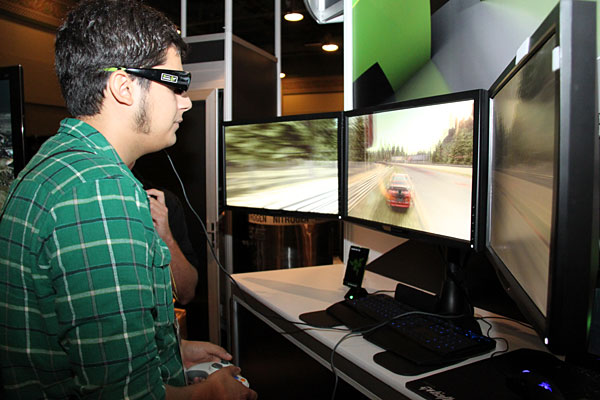 Multi-monitor gaming was featured at almost every booth we previewed at Quakecon this year, and NVIDIA took the opportunity to let gamers demo their 3D Surround technology. 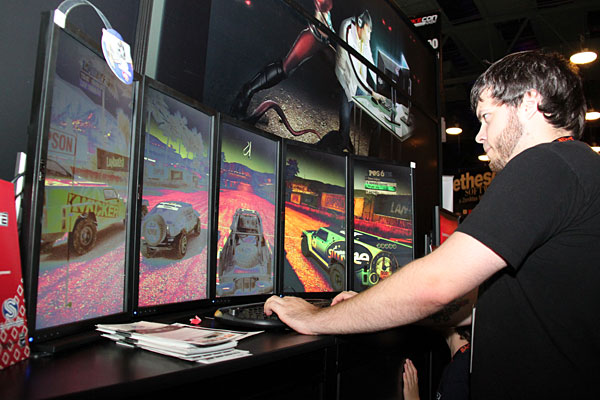 Sapphire also got into the multi-monitor gaming goodness with this five LCD Eyefinity setup. I like these portrait mult-monitor configurations because you not only get a wide viewing angle, but also get more vertical LCD real estate that enhances your gaming experience tremendously. A system with five LCDs is optimal, but can also be done with any multi-monitor configuration. 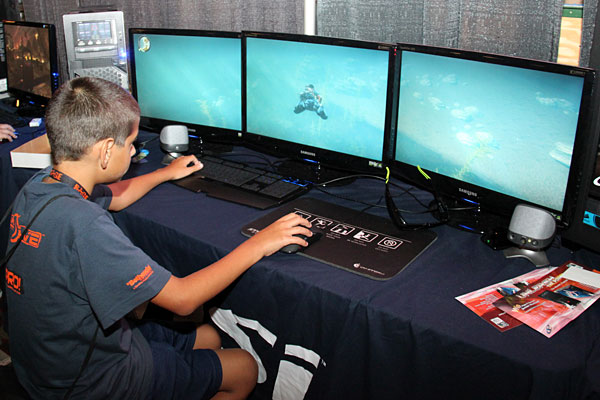 Cyberpower and MSI teamed up to host a combined booth this year and they let gamers demo another NVIDIA Surround setup using Just Cause 2. 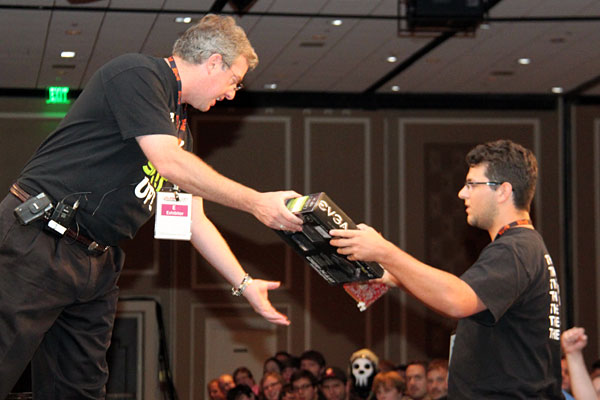 NVIDIA took the main stage and discussed the history of how their GPU business came about. They also gave out tons of snuggies, graphics cards, and t-shirts to Quakecon attendees. This guy above traded an ATi graphics card for a new EVGA GTX 460. 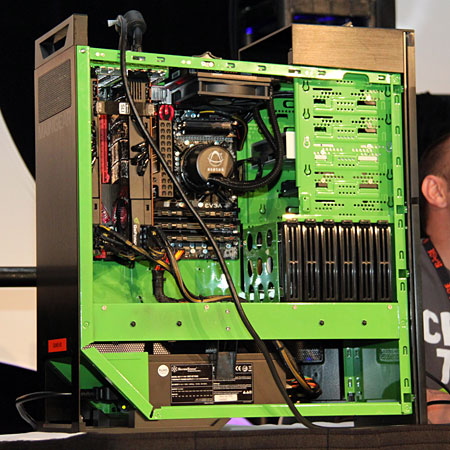 NVIDIA was also showcasing a Maingear gaming system with watercooling, EVGA Classified motherboard, and a EVGA GTX 480 graphics card. This system is sporting NVIDIA’s custom green color scheme too, and I like how the left the side panel off so we could see all the hardware goodness inside. 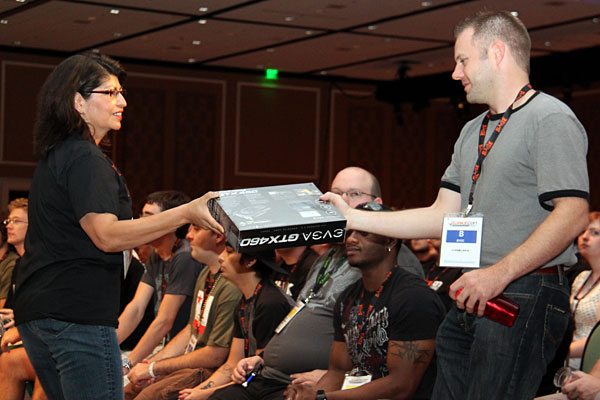 There wasn’t any news or announcements that came out of this year’s presentation, but everyone was thankful NVIDIA showed up and supported the gamers and the event itself. They ran a first-class presentation and really connected well with the audience at their level.