The final day of Quakecon 2010 brought more gamers from the local area who were trying to get one day of gaming in before the event was over. More than 2,800 gamers played their favorite titles in the BYOC over the course of the three-day event. Those who were able to stick around for the final day were treated with a special demonstration of Brink, our PC Perspective Hardware Workshop, and the Quake Live tournament finals. 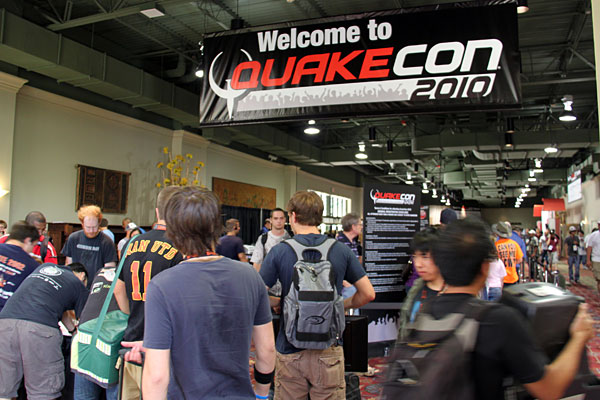 The final day of Quakecon 2010 brought in more gamers from the local area trying to get one day of gaming in before the event was over. More than 2,800 gamers played their favorite titles in the BYOC over the course of the three-day event. There were some network issues, but the volunteer staff managing the network operations center did they best to work around them and host a kick-ass LAN. Those who were able to hold on for the final day were treated with a special demonstration of Brink, our PC Perspective Hardware Workshop, and the Quake Live tournament finals. 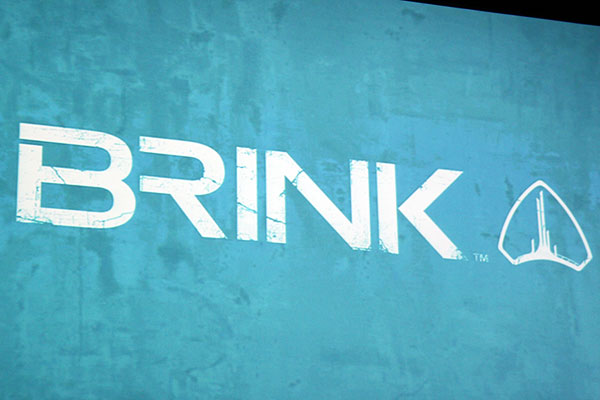 Brink is the Bethesda-published game from the makers of Enemy Territory Quake Wars, Splash Damage. I wasn’t able to see the entire demonstration from the squad-based shooter, but I did catch the last half hour where Splash Damage CEO Paul Wedgwood delighted the crowd with more exclusive demos of different levels in the game as well as new information on special character packs people will get if they pre-order the game early. 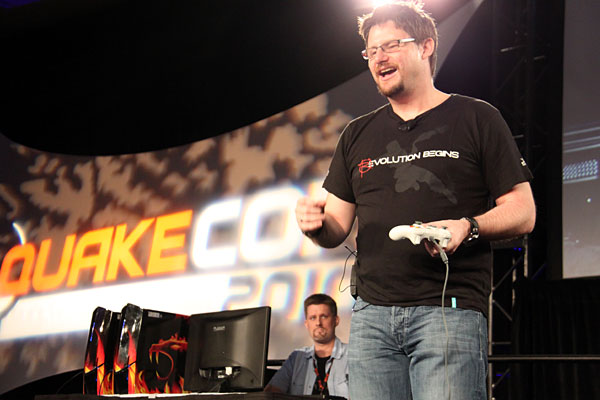 Wedgwood discussed how characters interact with the environment and showed how the AI works against you and your squad when you are attacking and moving around the game. 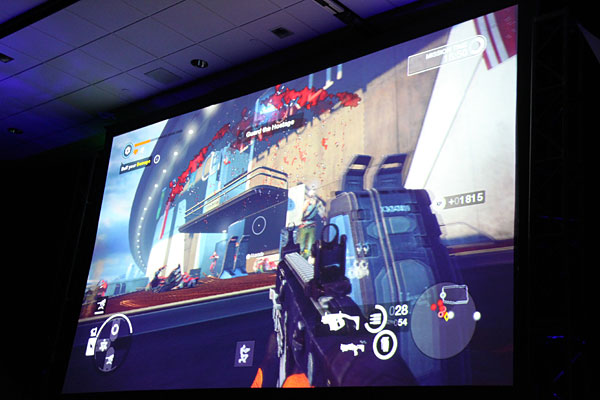 According to Shacknews, Splash Damage is doing something interesting with weapon unlocks, tying them to challenges designed to teach the game’s mechanics and systems. The early levels of the challenges are easy, allowing players to jump in, learn some things, and come away with a shiny new gun. The later levels are challenging and will be tied to leaderboards and further unlocks. It’s reminiscent of StarCraft II’s challenge system for teaching multiplayer mechanics. Splash Damage CEO Paul Wedgwood admits that it is basically “bribing” players with weapon unlocks, but it will help teach players the game. 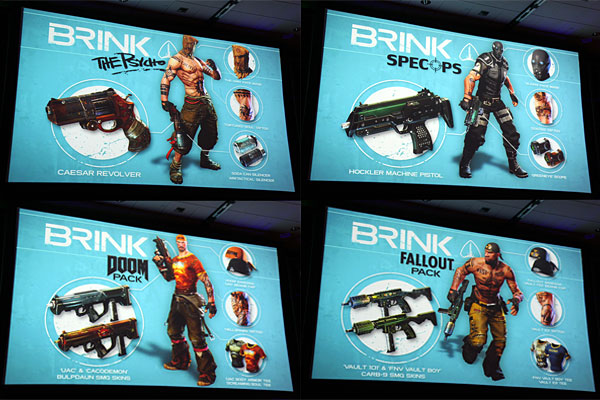 Here’s a quick look at exclusive character packs that include different characters, clothing, tattoos, and weapons people can get when they pre-order Brink from retailers like Best Buy, WalMart, and Game Stop. My favorite is definitely the SpecOps pack. Brink is expected to be releases in the first quarter of 2011 for the PC, PS3, and XBox 360. 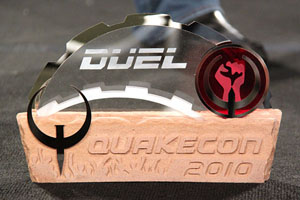 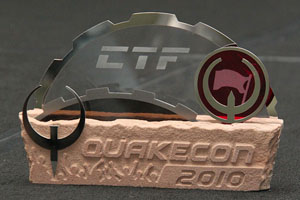 The Quake Live Tournament Finals included a $25,000 Duel Master’s Championship, $25,000 Capture the Flag Championship, and $2,500 Open Championship. These awards above were hand crafted by a Quakecon volunteer named Cobalt. He did an awesome job and I believe he’s been making these custom awards for Quakecon winners for several years now. 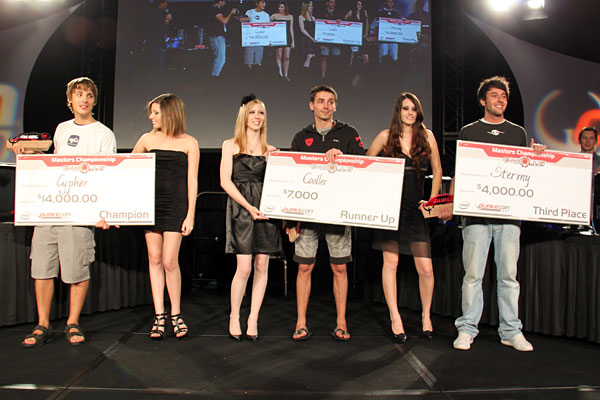 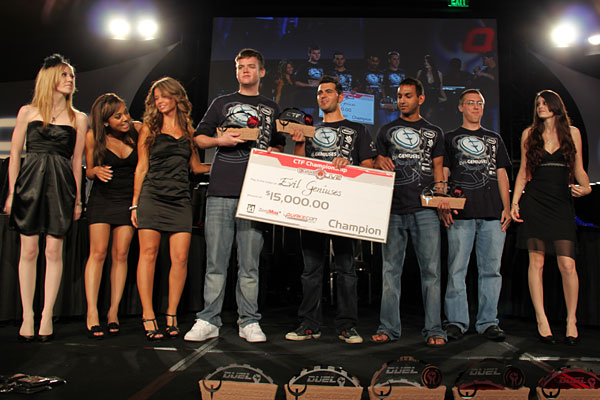 Evil Geniuses won in their third match against the Finatic to take home $15,000 and the CTF Championship. 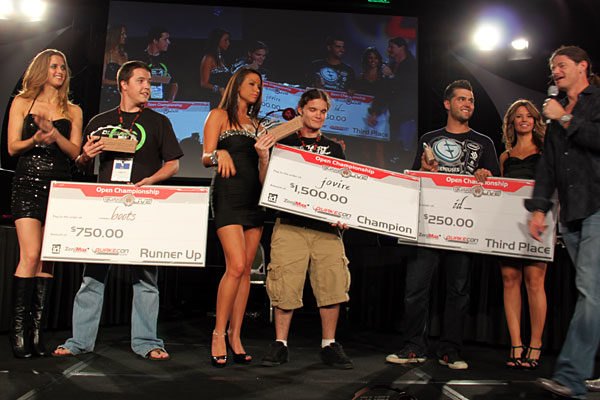 Quakecon also had their traditional Open Championship and a gamer by the name of Jovire beat _boots for the title as well as $1,500 in cold hard cash. The finals took much longer this year than in previous years, but I don’t think anyone minded sitting in the main ballroom eating free food, drinking free beer, and hanging out with friends.