Rumors of BFG Tech attempting to move over to AMD production after an apparent split with NVIDIA have been swirling for months now. Today, we received proof that this partnership almost sprang wings. Come see the first pictures of the BFG Tech Radeon HD 5750, may it rest in peace.

This past week has been full of news about the likely final demise of BFG Technologies as we know it.  There are still a lot of questions about how BFG got into this situation, with plenty of finger pointing at both BFG and NVIDIA.  Regardless of what we read, the real reasons for the split between the companies are likely known only to a handful of people at the top of those respective companies.

It became readily apparent after the Fermi launch that BFG did not actually have any Fermi cards (though they were listed on the site), and they had announced in May that they were exiting the graphics business.  The company was going to attempt to make it on power supplies, Phobos systems, and Diemos Laptops (with perhaps a sprinkling of Traffic Cop 2.0?). 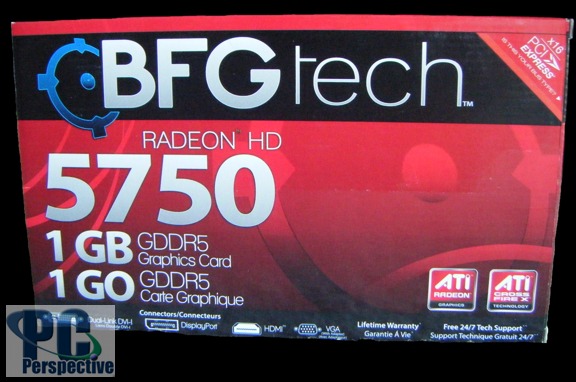 A slightly different look than we are used to from BFG, but certainly fresh.  Perhaps the “Lifetime Warranty” was overstated?


It has come to our attention though that BFG was pursuing another avenue that would in fact bring them back to the graphics market.  If they had been able to successfully launch this venture, then it could very well likely have saved the company for a few more quarters.  Best Buy was BFG’s biggest customer, and when BFG stopped producing significant amounts of graphics cards, it seems that Best Buy dropped them altogether.  If this product had launched, then it might have meant that Best Buy would have thrown a lifeline to BFG for their graphics cards, power supplies, and perhaps their desktops and laptops.  It had been rumored that BFG was looking to AMD to continue to be a presence in the graphics card market, and here is proof that they almost pulled off that partnership.

A Chinese reader who is closely associated with a manufacturing company in China sent a couple interesting pictures as well as a short description of the business agreement that BFG had pursued with this company.  Apparently this manufacturer would procure the parts, assemble the cards, package and ship the products under BFG’s name.  BFG would have little to do with the business other than producing the specifications of the cards and marketing the final products.  Several models of the cards were designed, components were bought, and cards started to be manufactured. 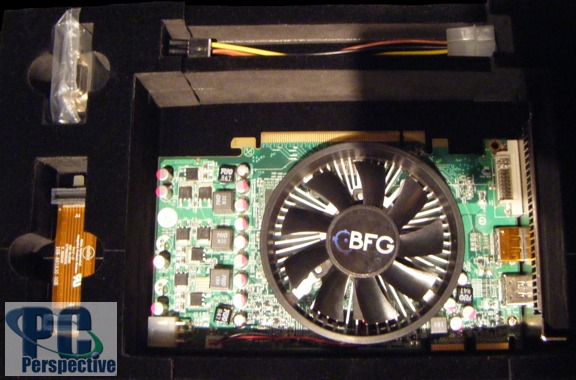 
A goodly amount of AMD graphics chips were procured, and this of course raised the interest of AMD.  When AMD inquired about who these chips were for, the manufacturer told them that it was for BFG.  AMD responded that BFG was not an authorized partner, and they would not be allowed to sell AMD based graphics boards.  This of course panicked the manufacturer, as they made a sizeable purchase up front to procure the necessary components for the video cards.

The company attempted on many occasions while working with BFG to speak with the executives about why AMD does not recognize BFG as a partner, but were ignored.  Only a few weeks after the company began ongoing attempts to get a clarification as to why this was a situation, they discovered that the entire graphics marketing and product management staff at BFG was let go.  Full-fledged panic mode was entered in at the manufacturer, and never a word was heard again from the executives at BFG.  The company was stuck with a full order of three different SKUs, built to BFG specification, in the process of being boxed in BFG material, and with no recourse for actually getting money out of BFG. 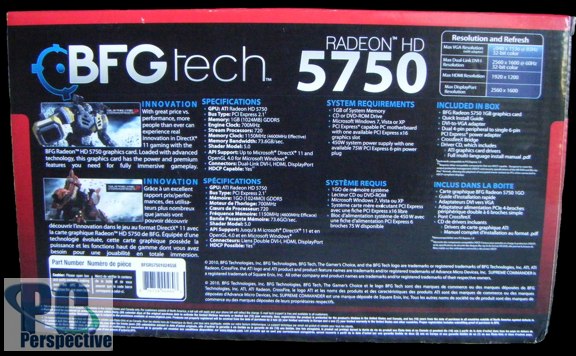 Just the basics when it comes to marketing on the back.  But why also only in French?  And why don’t the French have a word for “entrepreneur”?


This October at the China Sourcing Fair, it is expected that this company will show off the final packaging and products that it had done for BFG.  They will use this as proof that they can be a viable turn-key add-in board partner that can produce, package, and ship finished AMD (or NVIDIA) products.  Perhaps more importantly, they can show that they can do this in a very timely and efficient manner.

I don’t know the reasons why AMD would not allow BFG to market and sell these cards, but all indications point to BFG attempting to do an end-around when it could not get partner status with AMD.  This was a Hail Mary if there ever was one, and it appeared to be about 5 yards short in the end. 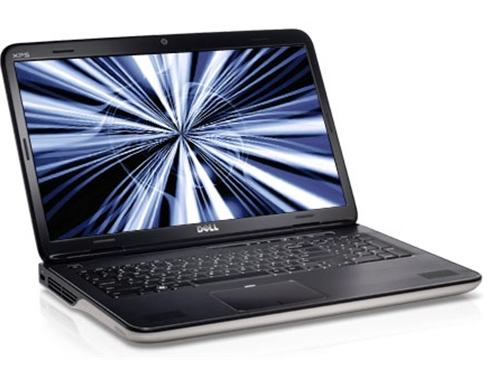