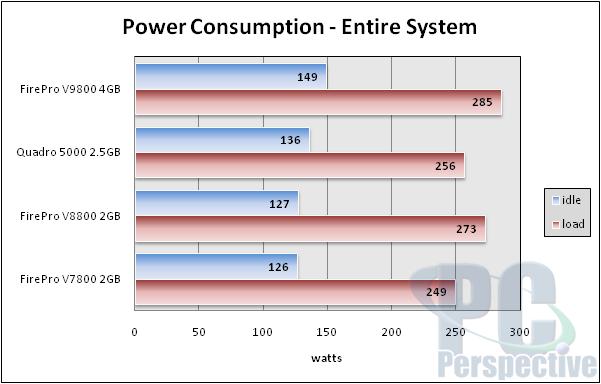 As I kind of expected, the V9800 does in fact use a bit more power under a full load than the V8800 does, despite the TDP of the two options being switched around.  All four professional cards though are showing results within a reasonable margin of each other and considering the target audience here I think all is far for workstation graphics.

The AMD FirePro V9800 offers tons of 3D performance and a considerably larger frame buffer than any other previous FirePro card based on the Evergreen architecture.  By combining these features the V9800 sits atop the pyramid of the AMD product stack and is able to turn in the best performance numbers we have seen in the SPECviewperf suite with an AMD GPU.  The problem in this case though is that the NVIDIA Quadro 5000 is still providing better performance results in version 11 of these tests and as such deserves some credit and consideration from the professional community. 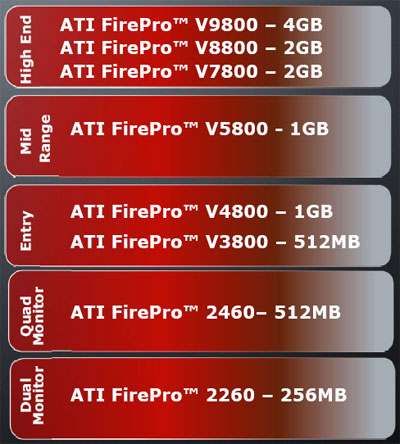 I know as well as our readers do that even though the SPECviewperf series of tests is the industry standard for professional level graphics testing, “industry standard” does not always equal “correct.”  Take 3DMark and Bapco as prime examples of this in the consumer space.  They are helpful and necessary for many reasons but are not the primary deciding factor in the overall performance of a GPU or platform.  To that point we are planning on working with AMD, NVIDIA and some developers and FirePro/Quadro users over the fall to build a testing suite that is both flexible and accurate of real world performance considerations.  This doesn’t change anything today, but it should make sure that the next generations of GPUs are tested in a more well-rounded fashion.

The FirePro V9800 offers 4GB of memory and support for 6 displays; those are the two main features that make it stand above the V8800 we reviewed WAY back in April of this year.  The benefit of these two options though should not be glanced over.  For developers that are used to multiple monitors, the ability to create a completely custom work environment can be incredibly beneficial and empowering, allowing for faster and better development cycles.  For companies or organizations that require even more display outputs from a single system, using the S400 card from AMD will allow for up to 24 monitors to be driven by a single computer and the capability that this offers is pretty impressive. 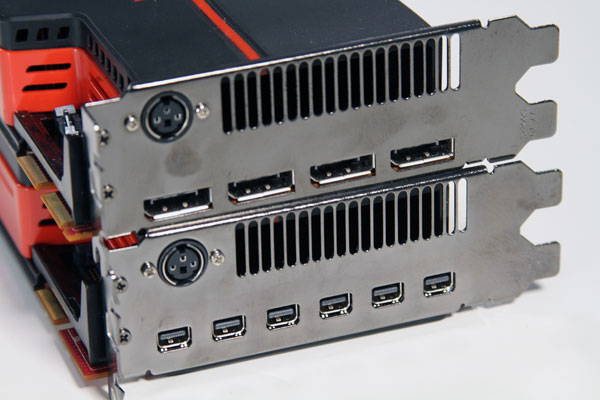 In some of the case studies that AMD provided to us there were instances of configurations that ran nearly $500,000 for a large, multi-screen display being reduced to a cost of under $20,000; all while being easier to configure and maintain.  Those are real-world benefits that are hard to deny.  Even the most expensive NVIDIA Quadro graphics card still only supports a pair of displays and thus permutations of the 33% rule there will spread as the need increases.  You would need 12 Quadro cards (and obviously more than one computer) to get the same display count and the complications of sync and communication would increase exponentially.

The cost of the FirePro V9800 is a bit troublesome to me, even though it offers some impressive features over the Quadro series of cards.  At $3499 retail price, the V9800 is $2000 higher than the V8800 that is selling for $1159.  While that card offers only 2GB of memory and support for 4 display outputs, even for an professional user that gap might be difficult to defend.

NVIDIA’s Quadro 5000 card is currently retailing for $1779, well below its MSRP of $2499, making it a troublesome competitor to the FirePro V9800 if we are looking at performance only.  The Quadro 6000, which is released yet, will retail for about $5999 though so if we compare only the top solutions from each vendor, the AMD offering still has a price/performance advantage.

When the FirePro series based on AMD’s Evergreen GPU was first hitting the street they had a huge lead in performance and feature set making them the perfect upgrade for professional users looking for the best available product.  Since then NVIDIA has released their Quadro update based on the Fermi architecture and has taken back some of the spotlight; AMD still has the edge in features but the performance edge probably leans towards NVIDIA for now.  That being said, if you are in the market for a multi-display card, there is nothing even close to the FirePro V9800 and its 6 DisplayPort outputs except maybe AMD’s own V8800 with four.  AMD is hoping to capitalize on that customer need with a solution that can dramatically lower their costs and provide new development and display experiences.

In case you missed it: Modern Warfare 2 working on AMD Eyefinity