The First APU from AMD Could be a Good One

At this year’s IFA in Berlin, AMD further took the wraps off of their first APU/Fusion processor. Two variants of the chip were further detailed by AMD, and a bit more digging has uncovered some more interesting aspects of this groundbreaking processor from AMD.

AMD has given us a further peek into the world of Fusion with more details in Berlin at IFA 2010.  Previously AMD had shown “Ontario” to the world at this past June’s Computex, but little if anything was known about the processor that they were running.  John Taylor posted a nice update on his AMD blog about “Ontario” and its slightly bigger brother, “Zacate”.  Sounds spicy!

Ontario is going to be the lower power, netbook variant of the basic core.  It will contain 2 x Bobcat CPU cores, each with 512 KB L2 cache, and a GPU integrated onto the die.    Ontario will have a stated TDP of 9 watts, which is a fairly dramatic improvement over current AMD low power offerings which include single core and dual core Athlon II based processors, combined with a 55 nm integrated chipset.  Those two components together probably come in around 35 watts overall (with a low power, single core CPU).  The CPU cores will probably be clocked between 1 GHz and 1.2 GHz, with the graphics portion around 500 MHz at most. 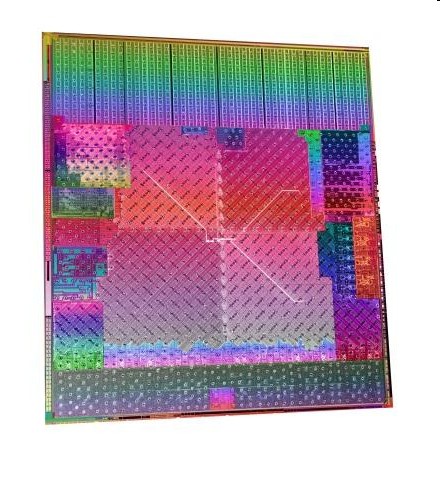 Zacate will be the higher power, higher performance version of this APU.  It will come in around 19 watts TDP, and should be competitively clocked at 1.6 GHz for the CPU cores, and possibly up to 750 MHz for the GPU portion.  It would be tremendous if the GPU was clocked as fast as the CPU, which would give this product a nice overall performance boost.  I just don’t know if AMD spent the time to redesign the graphics portion significantly (as in custom cell design instead of standard cell place and route) to get the clockspeed up there.  We do know that in the 55 nm 785G/880G integrated graphics could be run quite at 1.1 GHz with no ill effects, so it is not unreasonable to assume that clock speeds could be significantly higher if AMD chose to do so.

In terms of power, both of these products are a step up from previous AMD products.  The inclusion of a DX11 graphics core is a big one, and it should be picked up by a lot of manufacturers this coming Q4, with product introduction in Q1 2011.  Ontario will compete with the single core Intel Atom “Pineview” processors that are at 6.5 watts TDP and 10 watts TDP, and the dual core 13 watt TDP part.  The graphics portion of the Ontario APU are well above that of the GMA 3100 based part in Pineview.

Initially I thought that the overall size of the Ontario/Zacate chip was in the 100 mm squared to 120 mm squared range (around the same size as a current Athlon II X2 “Regor” core.  This would have allowed enough room to have a 2 to 3 SIMD based graphics portion (160 stream units to 240 stream units).  But it appears as though my initial ideas were wrong.  Hans de Vries of Chip-Architect was able to get a lot more information on Ontario/Zacate.  It seems that the chip will actually be around 74 mm squared, which is really tiny.  Each Bobcat core with L2 cache takes up a miniscule 7.6 mm squared.  After that is calculated in with the other northbridge components and memory controller, it looks as though a single SIMD/80 stream unit GPU is integrated in.  This is essentially a DX11 version of AMD’s current integrated graphics, but again AMD has done quite a bit of work on this part as compared to the earlier DX10.1 based units on chipsets. 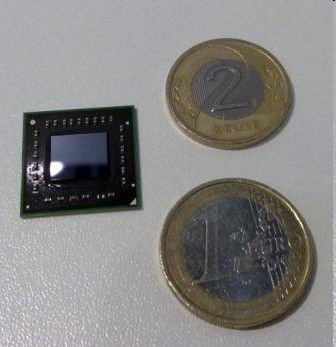 If information that Hans received about the performance of the Bobcat cores, at the 1.6 GHz to 1.8 GHz range, it should be just slightly slower than the older Core 2 duo processors at 1.6 GHz.  This is a tremendous amount of processing power in a very small package, and looks to almost double overall performance from a dual core Atom processor from Intel.  If these estimates are true, AMD has packed a lot of performance into a very small die space.

For comparison’s sake, on Intel’s 45 nm process, a single Atom core with L2 cache is 14.1 mm squared.  AMD is using TSMC’s 40 nm process, which is a half node away from Atom’s process.  There would be roughly a 15% decrease in die size due to the shrink, so we would still be talking around 12 mm squared for the Intel Atom on 40 nm.  If these performance figures are correct, then AMD has done an absolutely amazing job with the Bobcat CPU in terms of processing density in a low power configuration.  Revolutionary would actually be the adjective that should be used if this holds true.

AMD is excited about this product, and it could be very successful for the company especially in the face of 32 nm Atom variant which should be released in the 2nd half of 2011.  Intel has said that it will not pursue a out-of-order Atom variant until 2012, so AMD could actually have a significant advantage over Intel in both CPU and GPU performance throughout all of 2011 and into 2012.  The only question will be how competitive they will be per watt going against a product based on Intel’s excellent 32 nm process. 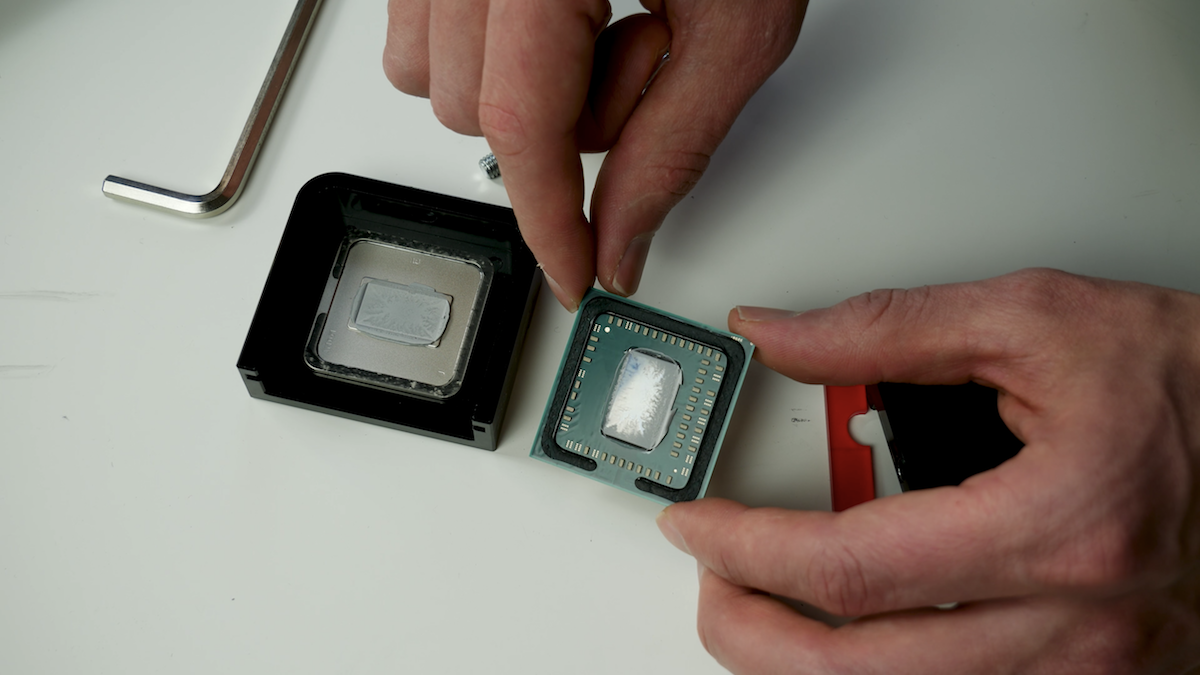 AMD64 Is The Force Behind Star Wars: Episode III ‘Revenge Of The Sith’