NVIDIA’s GPU Technology Conference 2010 is under way (GTC) and we are on-site to bring you the latest information as NVIDIA discusses it.  First up, during the opening keynote from CEO Jen-Hsun Huang, Tony Tomasi demonstrated a handful of new tech demos created by the NVIDA team to really show off the power of their GPUs.  This is a pretty standard practice in the industry; creating these sample projects allows them to show off their technology to users and NVIDIA can use them as tutorials for developers for quicker and easier implementation into games.

The first demo presented was a model of a futuristic city that heavily utilizes tessellation to present an ultra-realistic environment.  The dark environment that was created was impressive to see, but unfortunately our photos are a bit fuzzy – NVIDIA is of course demonstrating everything in a 3D environment which makes taking high quality photos pretty much impossible.  We have requested images/screenshots from NVIDIA and will post those as soon as we have them. 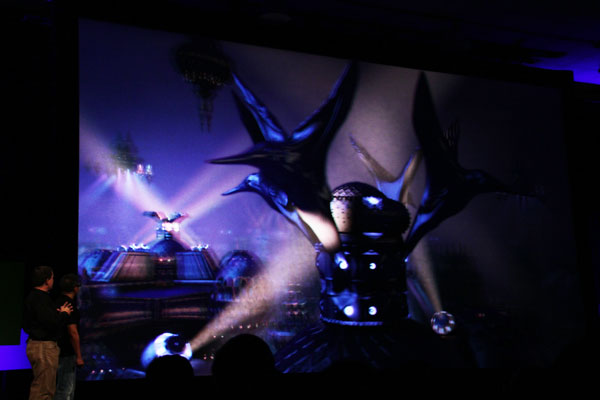 
In this real-time rendered demo there are 1.3 billion polygons being shaded each second and it has about a 500x increase in typical gaming geometry levels thanks to the PolyMorph / tessellation engine in the Fermi GPUs.  Tomasi said that each second of the demo consisted of about 80GB of data, quite a bit higher than the top speed limits of current PCI Express implementations; creating that much detail on the CPU would be nearly impossible to work with.  Because this geometry is being procedurally generated on the GPU with DX11, that data resides only during the creation of each frame. 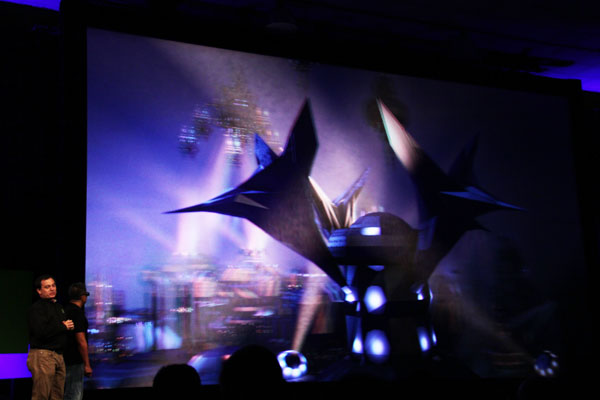 Here you can see (at least to some degree) the artist-created physical model that was built of a set of bird statues.  The amount of detail is significantly lower and thus puts less strain in the typical GPU resources but by enabling the tessellation features on DX11 GPUs you get the first image (above) that would otherwise bring the GPU to its knees. 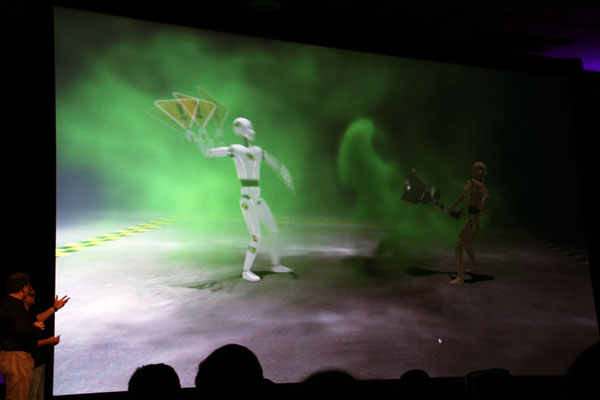 The second demo was a volumetric real-time fluid simulation of smoke and lighting.  All the simulation is being done with CUDA and it consists of about 1 million voxels and 20 trillion operations per second running on several Fermi GPUs. 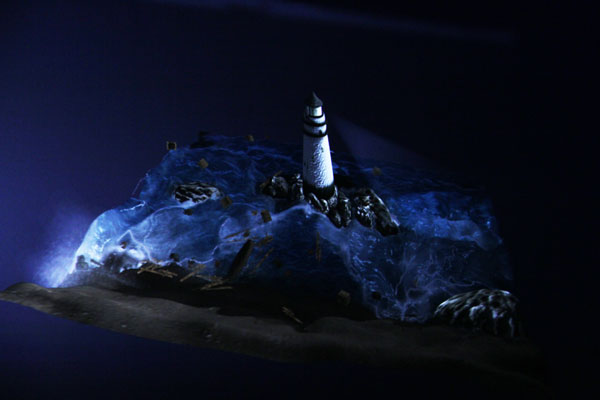 The third and final demo was also very impressive and consisted of a very detailed fluid simulation, fixed item simulation, high quality lighting and more around a lighthouse.  The small area here included a wave simulation for the ocean, a half million particles for the ocean spray and foam, and quite a few fixed items that can influence the rest of the simulation models.  This was apparently all running much faster on a single GPU than an entire rack of 4 core Opteron servers. 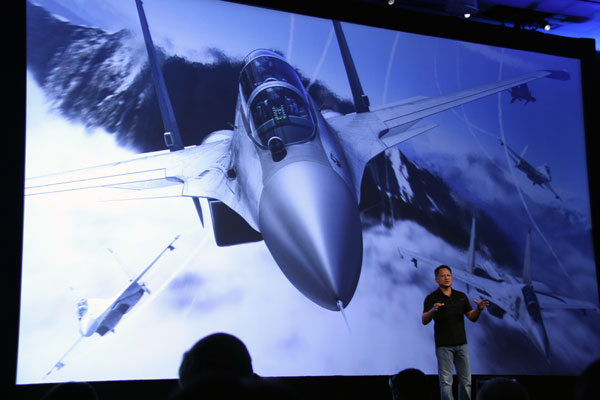 NVIDIA’s CEO also showed a bit of the upcoming DX11 title, H.A.W.X. 2.  I took a few phots of the game but again, with the 3D effect, they weren’t very useful for publication.  From what we saw though, the game looked fantastic and the tessellation features allowed for a great amount of detail in the environment.

There is a lot more information coming from the GPU Technology Conference and while most of it will focus on the professional and HPC markets, consumers have a lot of to be excited about based on these early presentation demos from NVIDIA.