Here are a few pictures showing the layout and components inside the new Silencer Mk II 950W power supply. 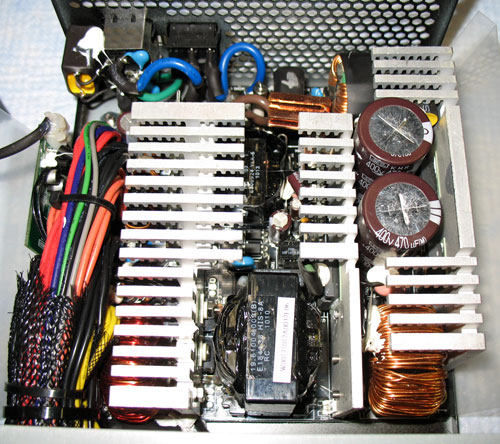 PC Power & Cooling is no longer using Seasonic to build the Silencer line but instead appears to be using Sirfa Electronics as their OEM, which just happens to be the same manufacturer that builds the OCZ Z-Series.  Remember, OCZ purchased PC Power & Cooling about two years ago… hmm. 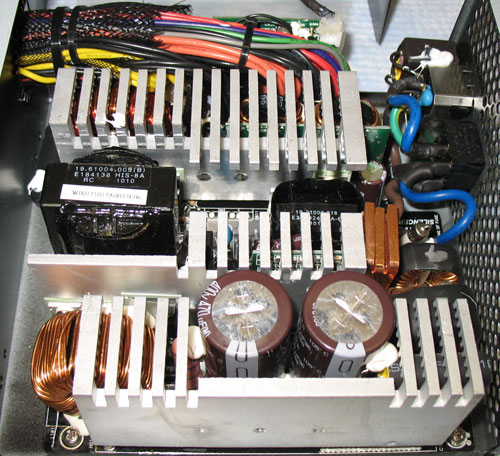 The Silencer Mk II 950 incorporates high-quality Japanese capacitors on both the primary and secondary sides.  A pair of Nippon Chemi-Con cans are used on the primary, each rated for 470uF, 400V and 105°C. 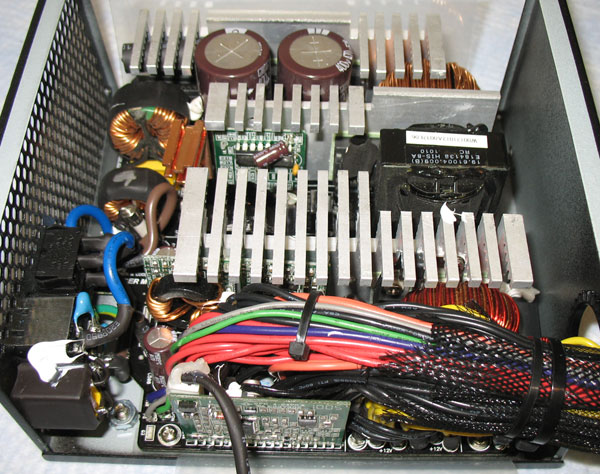 DC-to-DC converters are used to create the +3.3V and +5V outputs from 12V and reside on a small daughter card.  The overall component selection and layout looks good but with a few rough edges here and there that don’t seem quite on par for a PC P&C unit. 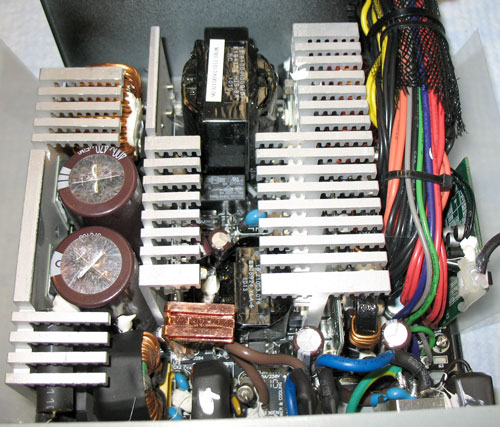 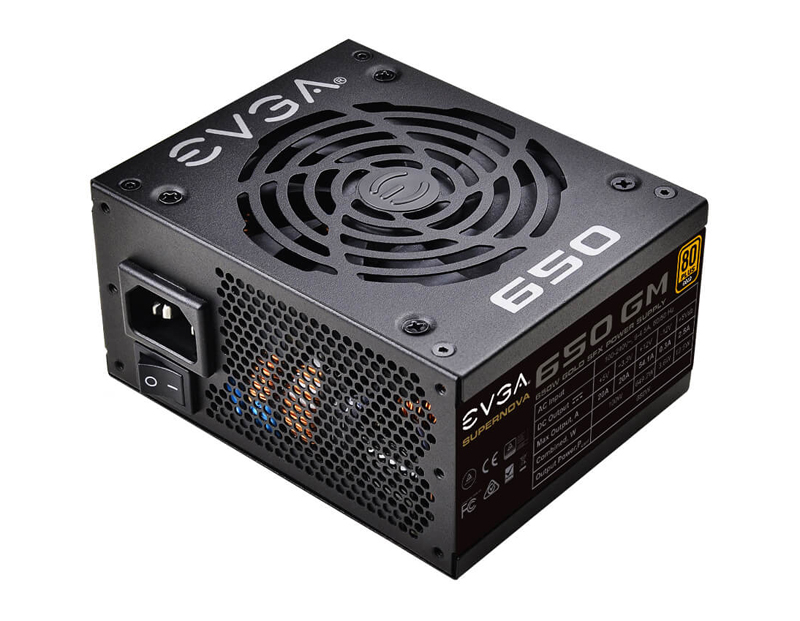 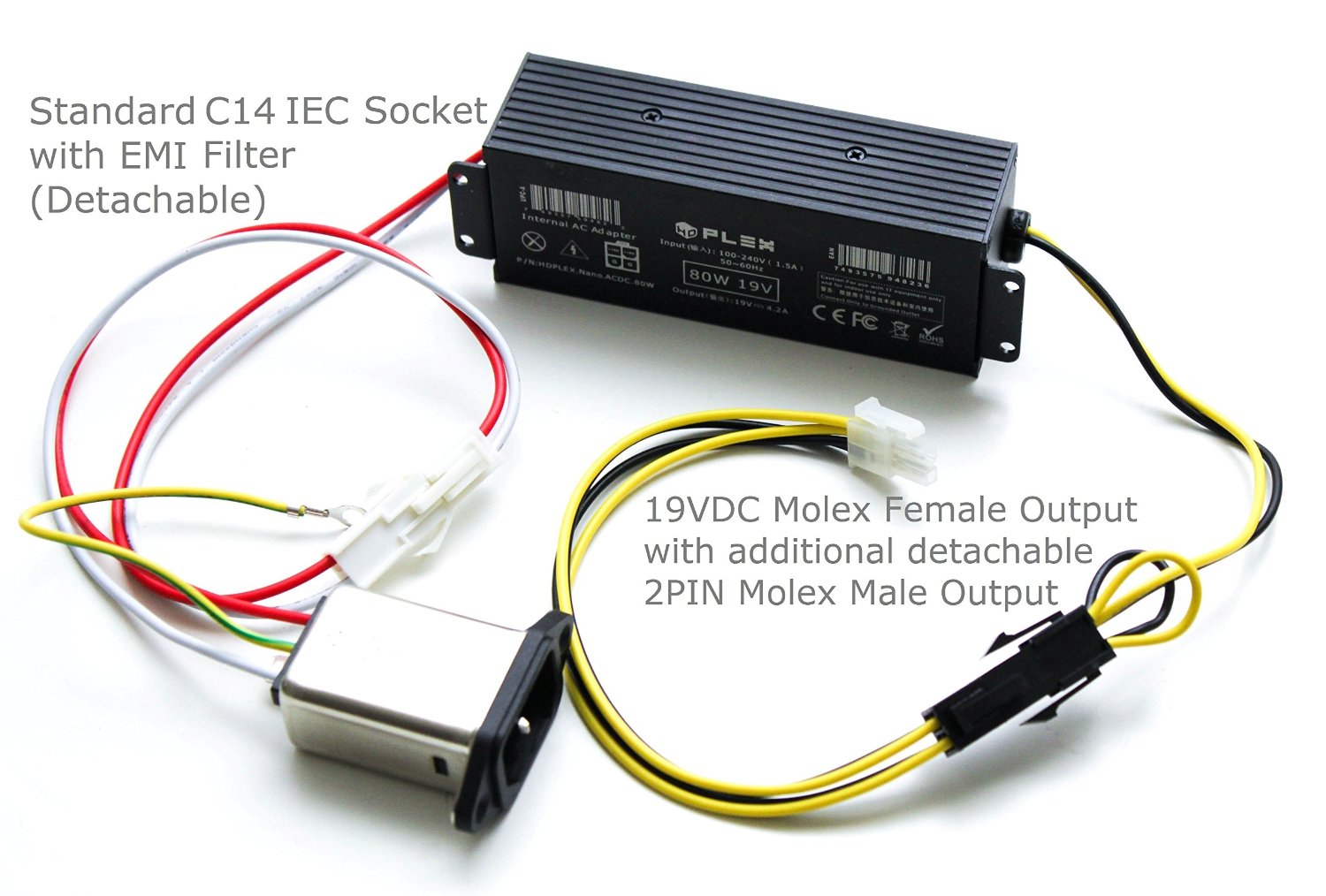 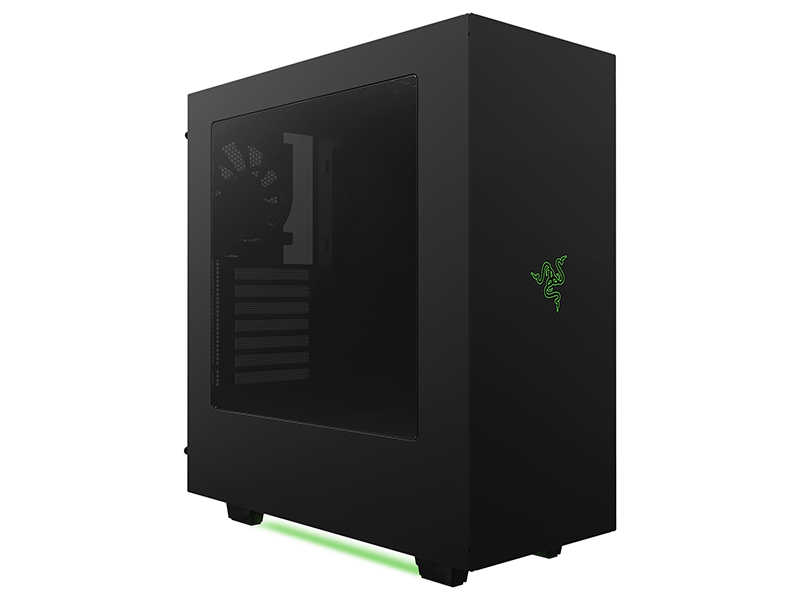