Sapphire is the first card manufacturer to figure out a way to integrate a DisplayPort to HDMI/DVI adapter on the PCB of the card itself. What does that matter? Well it does enable the use of Eyefinity configurations without the need for an expensive active adapter thus lowering cost of entry for budget gamers that want an extra gaming setup. Come see if this card is worth the price!

The Radeon HD 5770 is not a new graphics card since it was released in the fall of last year, so I was surprised when Sapphire came to me excited to tell me about a new revision of the card they were getting ready to put out for sale this month.  As is usually the case, I tend to nod my head and say “sure, send it over” without really thinking too much about it.  I mean really, an HD 5770 is an HD 5770.

But this time something surprised me.  It wasn’t the clock speeds or any kind of frame buffer increase.  The cooler is custom but nothing out of the ordinary with Sapphire or other AIBs designs.  As it turns out, the moniker “Flex” on the new Sapphire card is what was important: the card is flexible in that it allows three monitors to be connected for Eyefinity.  Big deal, right?  But this time it can do it with three DVI monitors AND without the need for an expensive DisplayPort-to-DVI active adapter.

Oh, and this card can actually support FOUR monitors.  So let’s dive in.

Sapphire is one of AMD’s premiere card partners often releasing some of the most unique, overclocked and customized cards before other companies.  The HD 5770 Flex card is another iteration of this trend. 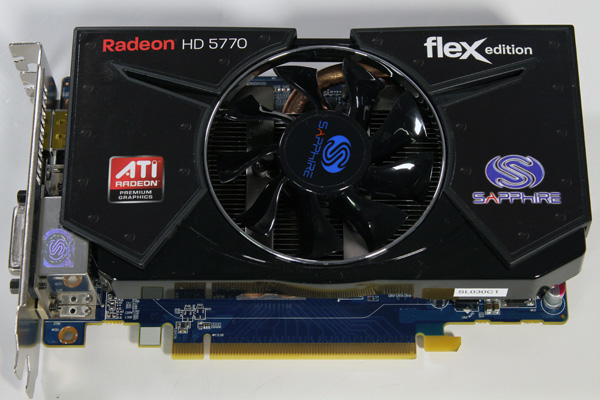 Other than the “Flex” naming scheme on the sticker of this card, it looks fairly unassuming with its black, single fan cooling device.  The HD 5770 is really not a power hog (and thus doesn’t get super hot) and because the clock rates here are running at reference speeds, it should have no problems running quite cool in your system. 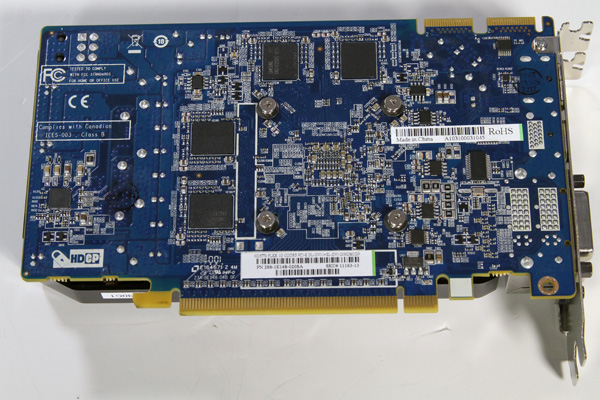 The back of the card also reveals nothing out of the ordinary. 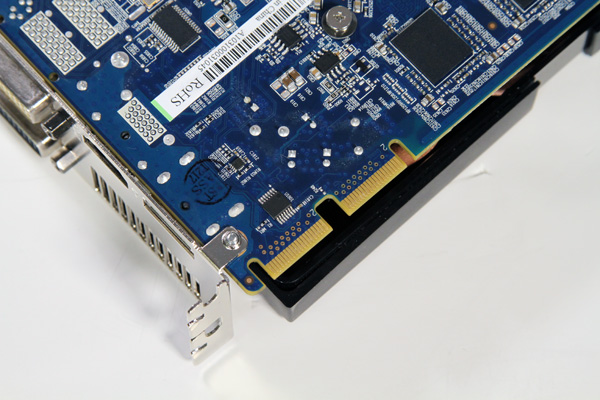 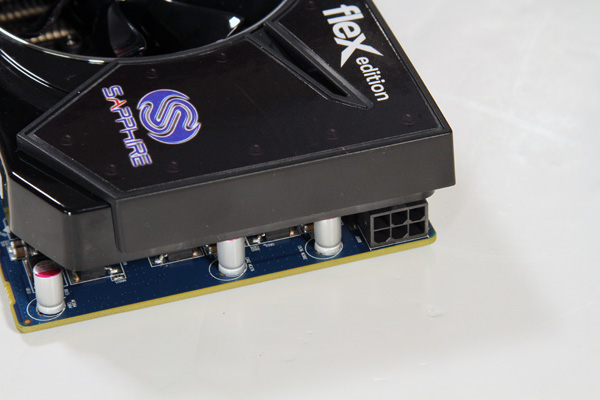 The Radeon HD 5770 is still a power efficient GPU and as such only requires a single 6-pin power connector. 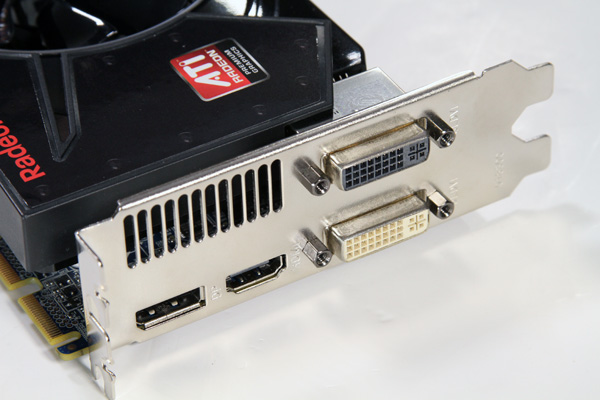 Here is where some of the magic of the Flex card comes into play: you can see a pair of DVI connections, an HDMI connection and a DisplayPort connection as well.  Only the bottom DVI port supports dual-link connections (resolutions above 1920×1200) and the top DVI connection only runs at single link rates.  That means that you will only be able to connect at MOST two 30″ panels to this card: one on the DL DVI and one on the DisplayPort with or without an adapter.

Inside the box with the Flex card you will see an included HDMI to DVI adapter that you can use to connect THREE DVI monitors to this card – one to each DVI port and one more to the HDMI connection with the included adapter.  All three of these will be able to run at the same time thanks to the “Flex” technology without requiring any active DP adapters.  In effect, this saves users about $100 ($30 with the newly announced adapters last week) over other HD 5770 card for Eyefinity connectivity. 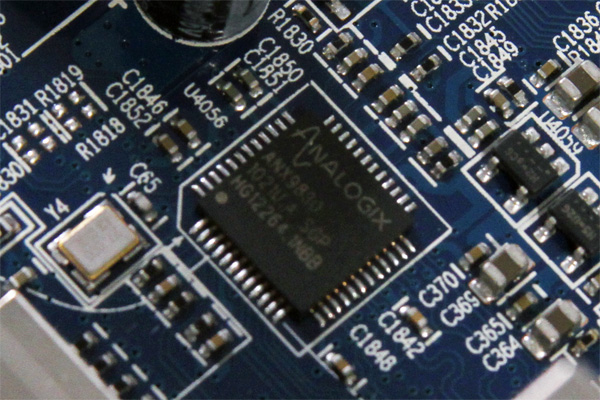 This is all made possible by a unique chip on the Sapphire Flex card – the Analogix ANX9830.  What does this chip do?  Well, very simply, in converts a signal from DisplayPort to HDMI/DVI.  By including this chip in the board design Sapphire is than able to convert one of 6 different DisplayPort connections that exists on the HD 5000-series GPUs and into an HDMI connection, all while maintaining the requirement of having at most two DVI connections for Eyefinity support.  Essentially Sapphire has included one of the active DP-to-HDMI/DVI adapters on the PCB of the Flex card.  Very cool! 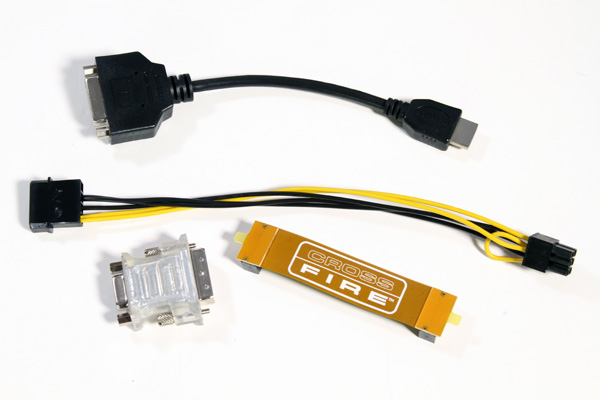 Other than the HDMI to DVI adapter you also get a DVI to VGA adapter, power adapter and flexible CrossFire connector.