With these new GPUs being based on the Evergreen architecture, we can assume they will be reasonably efficient, but let’s take a look. 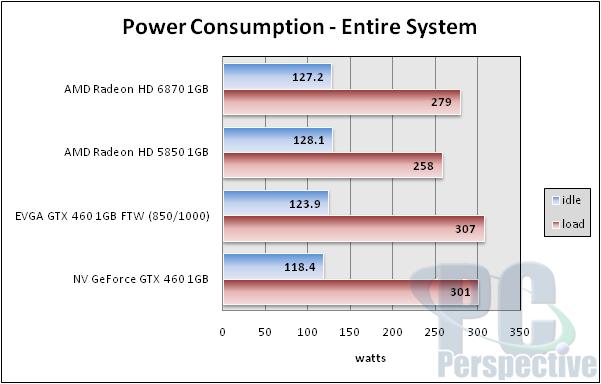 The HD 6870 uses more power than the HD 5850 – something we didn’t expect but saw repeated over and over.  Either AMD’s testing is off or our gaming-based tests aren’t what AMD was really looking for here.  The 279 watts of total system power draw still aren’t as much as even the reference GTX 460 1GB though, so AMD still holds the advantage here. 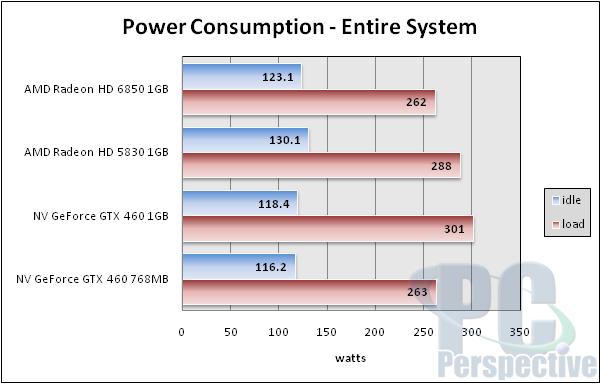 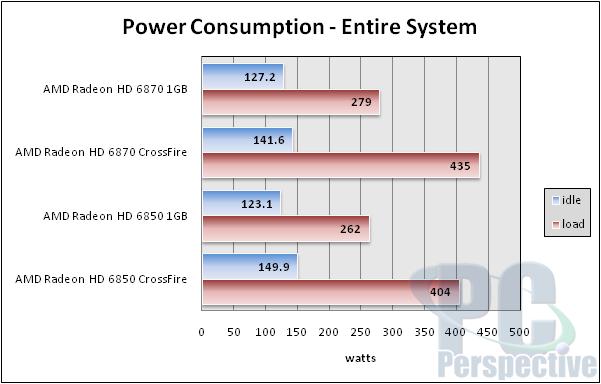 Our CrossFire power tests show that the 6870 cards are using about 156 watts of power (each) while running Bad Company 2 and the HD 6850 uses about 142 watts. 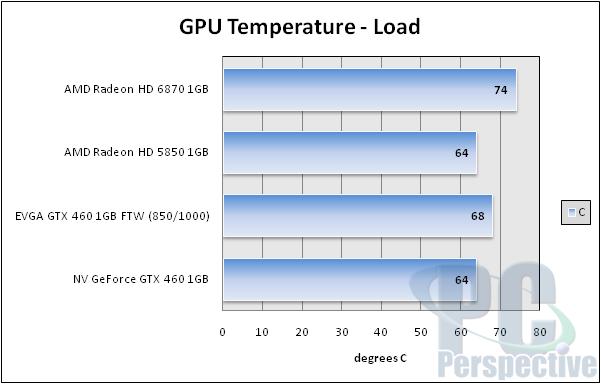 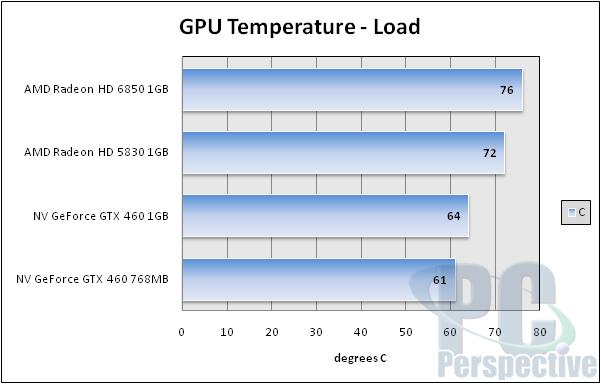 Temperatures are tricky because they depend a lot on the cooling solution at work with each GPU but can still provide an interesting data point.  For instance, the new HD 6870 runs about 10 degrees C hotter than the HD 5850 and the reference GTX 460 1GB card easily becoming the “hottest” card in this segment.  The HD 6850 doesn’t fare much better as it runs hotter than anything else we compared it to.

Obviously the HD 6850 chip is running cooler than the HD 6870 chip but AMD’s cooling solution choices are keeping them at the same level.