We already received a couple of partner cards for the HD 6800 series launch, but at this time they are all based nearly completely on the reference designs.  The XFX Radeon HD 6870 and HD 6850 models shown here were used in our CrossFire platform testing. 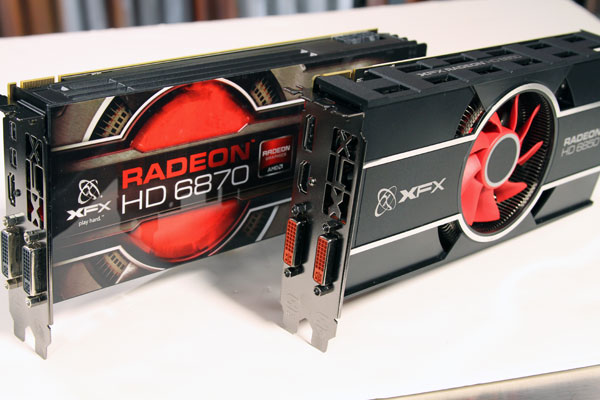 The HD 6850 card actually uses a custom cooler and PCB – if you happen to think that is really quick for such a change to be made, you aren’t alone.  Because the new Radeon HD 6800 series of GPUs is completely pin compatible with the HD 5800 series of cards, vendors are able to simply drop in the Barts GPU on PCB custom designed for the HD 5850/5830 and as long as the cooling solution fit the bill, they were ready to go. 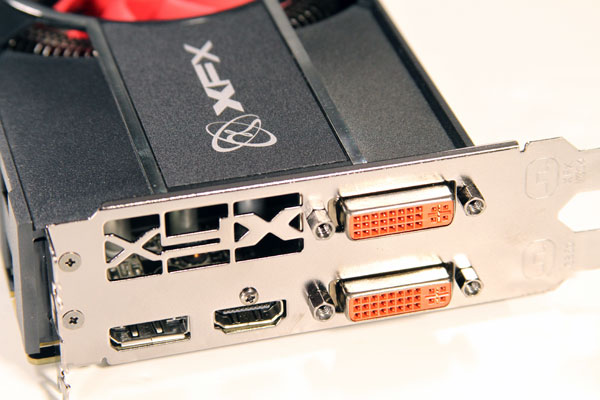 XFX even adds a nice little touch by putting their logo in place of the standard air vent.  We’ll have more details on XFX’s plans for retail cards very soon as well as other AMD card partners. 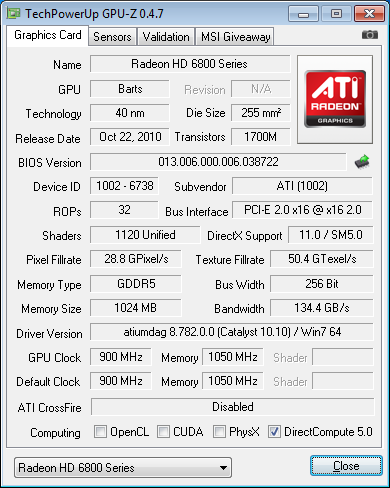 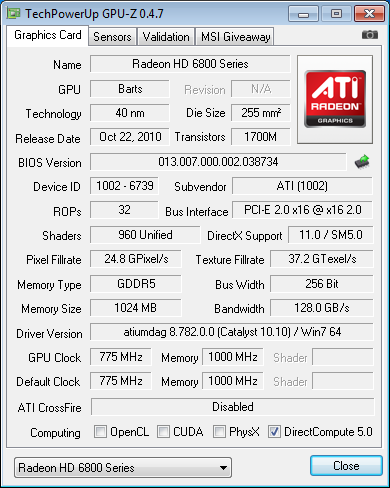 Setting up the testing comparisons for this review were a bit complicated as both sides played their cards close the chest and didn’t give us real pricing until the DAY OF RELEASE.  If they do this again, I’ll probably have to hurt someone.  Anyway…as it stands 4 hours before the launch of the Radeon HD 6800 series, we’ll be looking at a few different configurations of cards in our benchmarks.  First, the new Radeon HD 6870 will be pitted against the Radeon HD 5850 and the GeForce GTX 460 1GB in two versions: reference speeds and overclocked.  There are several GTX 460s clocked at 800 MHz or higher priced right around the MSRP of the HD 6870 and thus the comparison is completely valid and worth showing.  Next, the HD 6850 will be going up against the somewhat clunky HD 5830 as well as reference GTX 460 1GB and 768MB cards.  Finally, we have a set of graphs showing how the HD 6870 and HD 6850 compare to each other and how well CrossFire scaling works with these new GPUs.

You will likely also notice a completely new benchmark suite on PC Perspective – we have needed a refresh for quite some time and we finally got it.  Unfortunately for us that mean 40+ hours of benchmarking; for you that means much more current and relevant results!