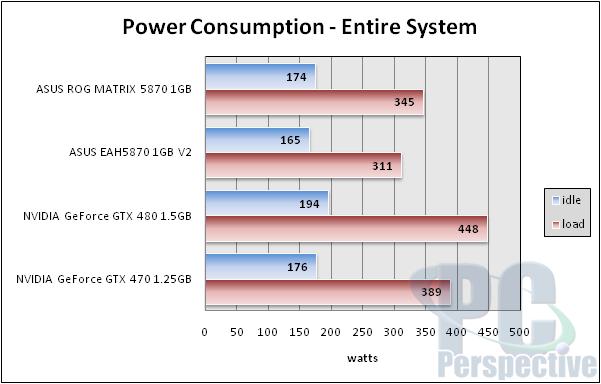 As I kind of expected going into the performance and testing portion of our review, the differences between the new ASUS EAH5870 1GB V2 card and the more expensive ROG Matrix 2GB version were pretty minimal when viewed at stock speeds, straight out of the box.  In both Tom Clancy’s HAWX and Metro 2033, the 2GB frame buffer was beneficial but in most of the other games the gaps were simply not worth it.  But, as I said earlier in the article, if you are buying this Matrix card and running it at stock speeds, you are completely throwing away your money; overclocking via hardware and the iTracker 2 software is definitely what you need to do to get the true value out of what ASUS’ engineers have created. 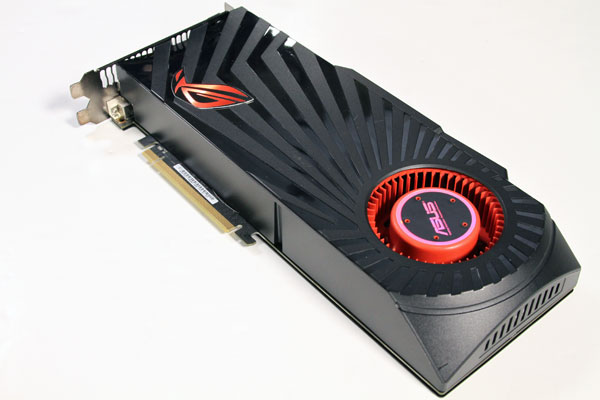 When compared to the NVIDIA cards in the market today, the GeForce GTX 480 and the GTX 470, the Radeon HD 5870 has a tougher time holding its head above water than I would have expected.  The GTX 480 is definitely the faster of the two GPUs in our real-world gaming testing and the GTX 470 was very competitive in many of our tests as well.  Considering the pricing scheme listed below, that is bad news for mostly stock Radeon HD 5870 cards today; it will take something like the features and extras included with the ROG Matrix card to really stand out and get noticed.

The ASUS EAH5870 1GB V2 card is more or less your standard Radeon HD 5870 offering with an updated cooler and nicer looking design scheme.  It is the ROG Matrix card that really demonstrates ASUS’ ability to create a unique product.  With a drastically improved PCB design, voltage monitoring connections accessible from the top of the card, integrated light-based load monitoring on the Matrix logo and iTracker 2 software that allows for not only frequency adjustments but voltage shifts and memory timing tweaks, the ASUS HD 5870 ROG Matrix 2GB card might be the most feature complete AMD card on the market today for the high-end enthusiast user.

The ASUS EAH5870 1GB V2 actually holds up pretty well when compared to the lowest priced GTX 470s; at just about $40 more I think the performance and feature differences are worth considering the AMD option over what NVIDIA has to offer at this point.  If power consumption, heat and noise are of any concern to you, then the AMD option is even more compelling.

UPDATE: You can use the Google shopping engine to get a good price on this card still, but get them while they’re hot!!

The ROG Matrix card is a bit more of a stretch on your dollar, and asking $130 more than the base card means that you had better be comfortable with the overclocking options that ASUS is offering, as well as the extra 1GB of frame buffer, in order to get the value from your purchase.  Of course, there is a good chance that the basic V2 card will be able to run at higher clock speeds as well, but you don’t get the software, the voltage monitoring options or the cool color-based GPU load monitor integrated on the card.  Decisions, decisions…

ASUS is known as one of the few graphics card providers that can truly innovate in world of reference designs.  If today’s V2 and ROG Matrix cards don’t demonstrate that enough for you, check out the ASUS ARES dual HD 5870 card that is truly the fastest single graphics card in the world.  For users looking for a new Radeon HD 5870 card today then the V2 makes a great choice that is both low in price compared to the rest of the market while offering performance better than the reference GTX 470s from NVIDIA provide.  The HD 5870 2GB ROG Matrix card is definitely for users with a more distinguished taste in graphics solutions and not only will you get 2GB of memory on this card but you will also have more overclocking goodies that just about any other GPU available.

Thoughts and opinions on the ASUS cards or our review?  Let us know in the PC Perspective Forums! 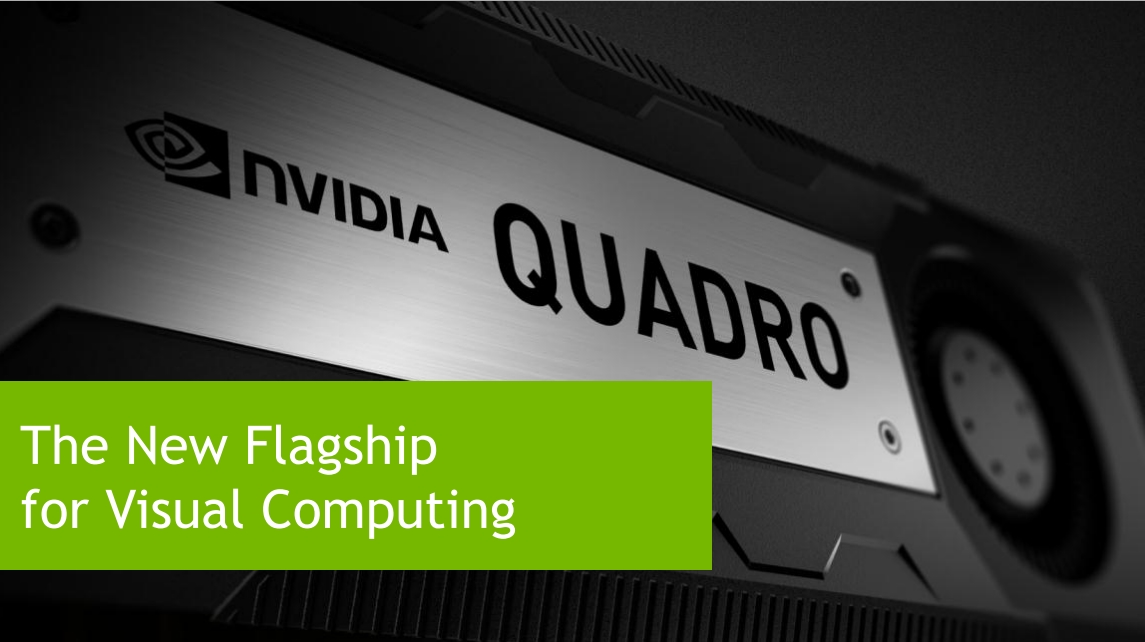