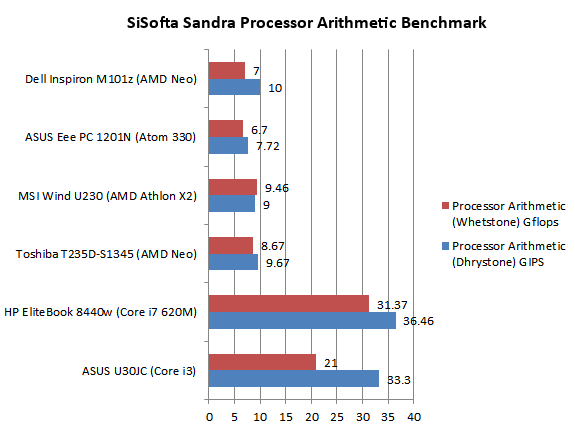 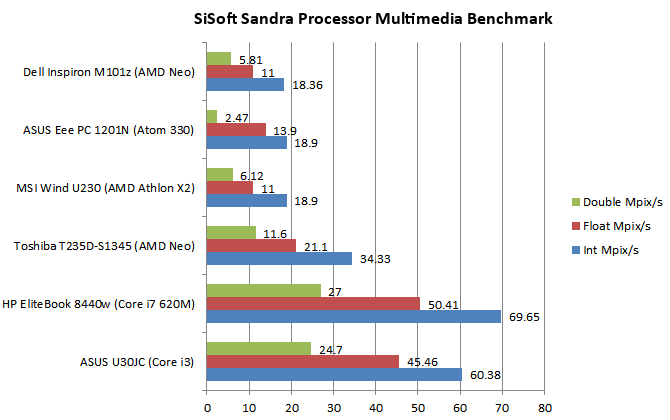 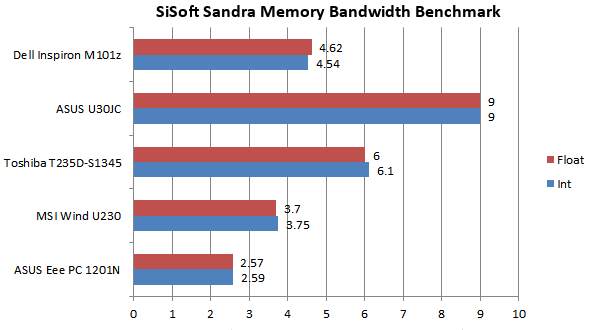 Our second series of tests focuses on the popular benchmark programs from Futuremark. This includes 3DMark 06, 3DMark Vantage and PCMark Vantage. 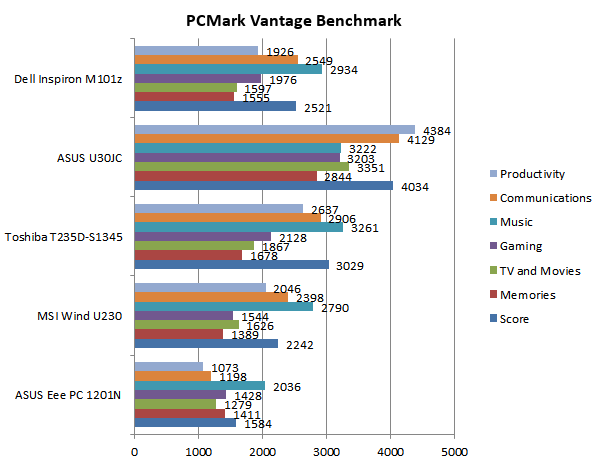 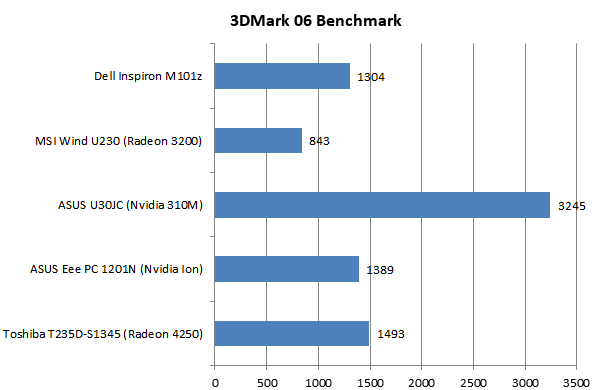 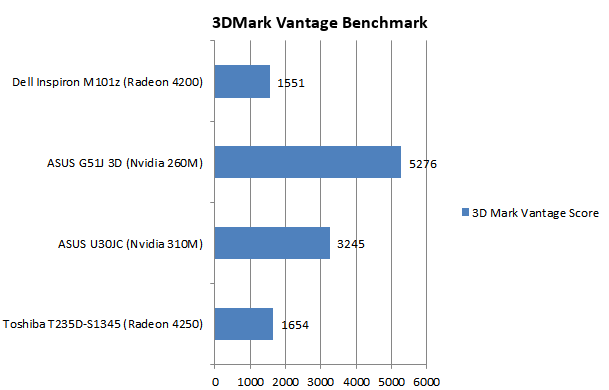 The M101z’s scores in PC Mark Vantage shows again that the M101z is quicker than older AMD ultraportables but does pay the penalty for its slower processor when placed next to the Toshiba T235D. The M101z’s Radeon 4225 integrated graphics held up well enough in 3DMark 06, but could not run the 3DMark Vantage benchmark on normal settings – the benchmark numbers were obtained at entry level settings. The same was also true of the Toshiba T235D.

The Ion-powered Eee PC 1201N was surprisingly able to catch up to the M101z in 3DMark 06. Still, I don’t think you should read too much into this score. The M101z’s processor will result in a better subjective experience when playing both HD video and games.

Overall the performance scores of the M101z aren’t surprising. It isn’t the fastest laptop you can buy, but it is perfectly adequate for light usage. Users who are looking for a laptop that will be able to quickly transcode video or handle other processor intensive tasks will want to look elsewhere. 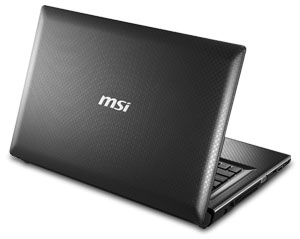