The new GeForce GT 430 GPU is a replacement for the GT 220 that was never quite card that we fell in love with. NVIDIA’s Fermi-based GF108 chip is definitely a better performance than anything from the GT200 generation but can it keep up with the AMD Radeon HD 5570 and HD 5550 GPUs and make a case for itself?

The world of budget graphics cards isn’t sexy, but it is incredibly important to all players involved.  NVIDIA and AMD have made a lot of money on these sub-$100 graphics cards as the years have gone on but now the threat of CPU/GPU hybrids is putting the segment on a death watch.  That future is probably a year or more out so for now the competition between the two primary discrete GPU manufacturers is crucial.

Today NVIDIA is releasing to the desktop world the GF108 GPU, the smallest iteration of the Fermi architecture available.  It has already been released and for sale in the mobile market but is just now seeing a retail release. 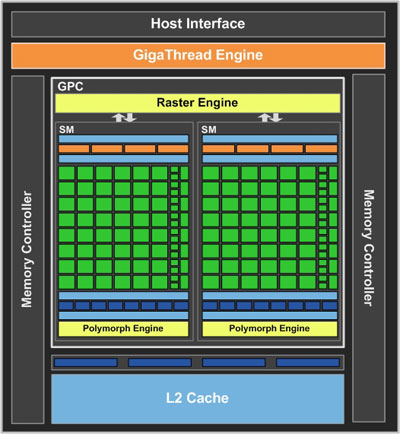 The block diagram of GF108 is much less complex than the larger Fermi variants and consists of only two streaming multiprocessors (SMs) and 96 total CUDA cores. 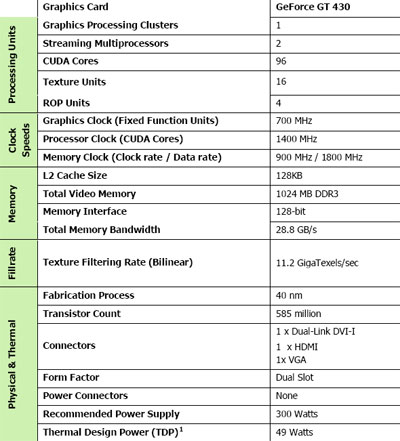 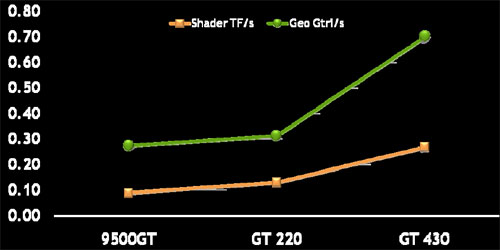 The GeForce GT 220 is the price segment competition from the previous generation and this graph shows the performance deltas from it to the GT 430 and you can see a very familiar weight of increase to geometry as opposed to shader processing.

This GPU offering from NVIDIA is obviously not going to be a great card for those of you that want a PC gaming machine but with a target of HTPC with just as touch of gaming, it could turn out to be a good option.  NVIDIA wouldn’t give a firm MSRP instead saying that it would be dependent on their partner’s offerings.  The Galaxy-provided card that we are testing today is going to sell for about $79 putting it in a very crowded space.

Potential competition, other than the GeForce GT 220 from NVIDIA, is the Radeon HD 5500 series of cards like the HD 5570 and HD 5550.  Cards with those GPUs range from $49 to $89 putting them and are going to prove to be a tough battle for NVIDIA’s newest Fermi.