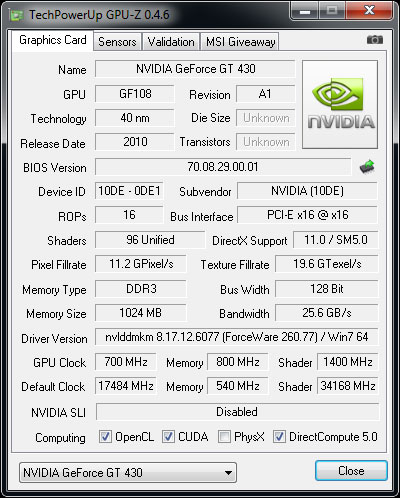 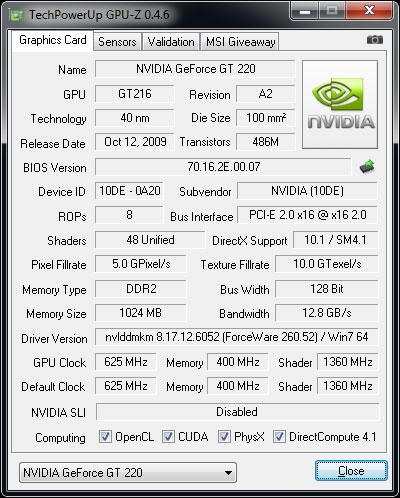 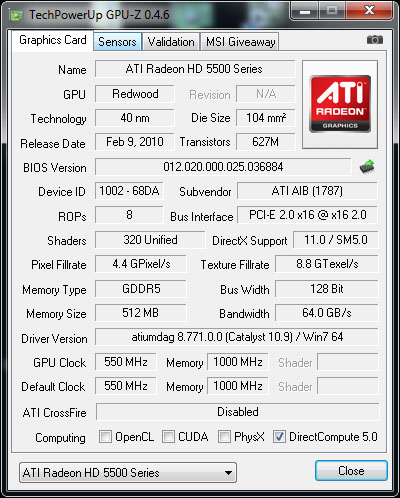 
Testing in this price segment is tough – there are literally dozens of cards that we could make a case for coming into competition with the new GeForce GT 430.  Obviously we have to limit our options in order to stay sane and provide reasonably readable results for you, so we are going to looking at the latest technological options from NVIDIA and AMD today.  The new Galaxy GeForce GT 430 will be pitted against the GeForce GT 220, released last October to some pretty modest fanfare, as well as the AMD Radeon HD 5570 and HD 5550 cards of the GDDR5 variety.  All four of these GPUs will be available from different vendors in prices ranging from $60-85 so your selections are going to have to be made in a pretty compressed financial window.

Because gaming is not the key demographic here for these cards, we decide to just have them compete in a subset of our games and only at the lowest tested resolution, 1680×1050 with the image quality settings turned down to allow for playable performance on the contenders. 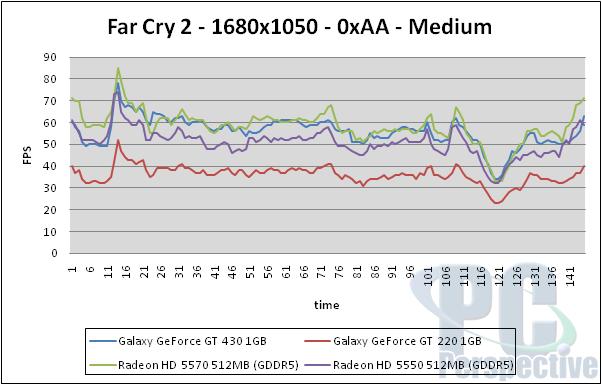 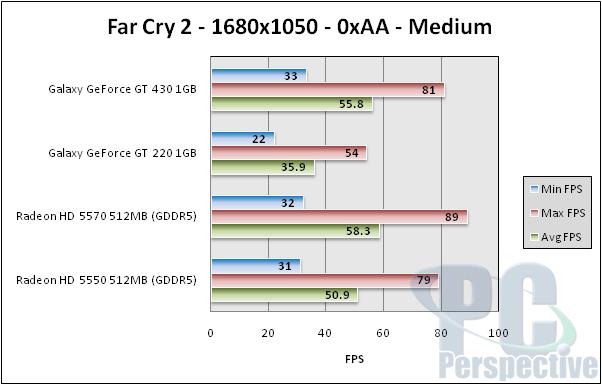 The new GT 430 clearly overpowers the GT 220, a pattern we will see throughout these benchmarks, and is able to keep up with the Radeon HD 5570/5550 cards.