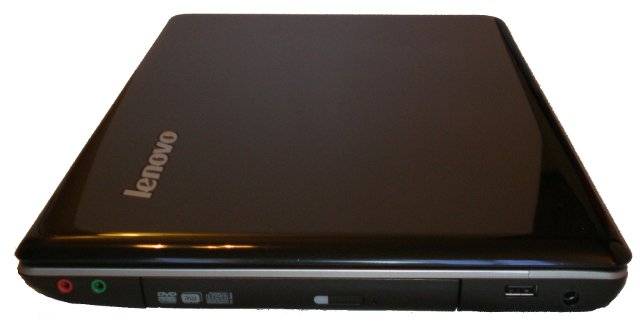 The Lenovo Z560 offers a solid selection of ports, most of which are located on the left side of the laptop. The ports, from front to rear, are HDMI, combo eSATA/USB, USB, VGA and Ethernet. A lock port is located at the extreme rear left. Another USB port, the power cord, and the headphone/mic jacks are located on the right side. The card reader is located on the front.

Although connectivity is good, I prefer to see ports located towards the back rather than the front. This is a minor complaint, but something worth considering if you have a lot of desktop clutter. The location of the HDMI port is particularly annoying because the cord really hangs out in front of everything if you hook the Z560 up to an external monitor or HDTV.

Wireless connectivity includes b/g/n, as you’d expect. Wireless connections were very solid even in environments that I know have a tendency to block wireless Internet signals. 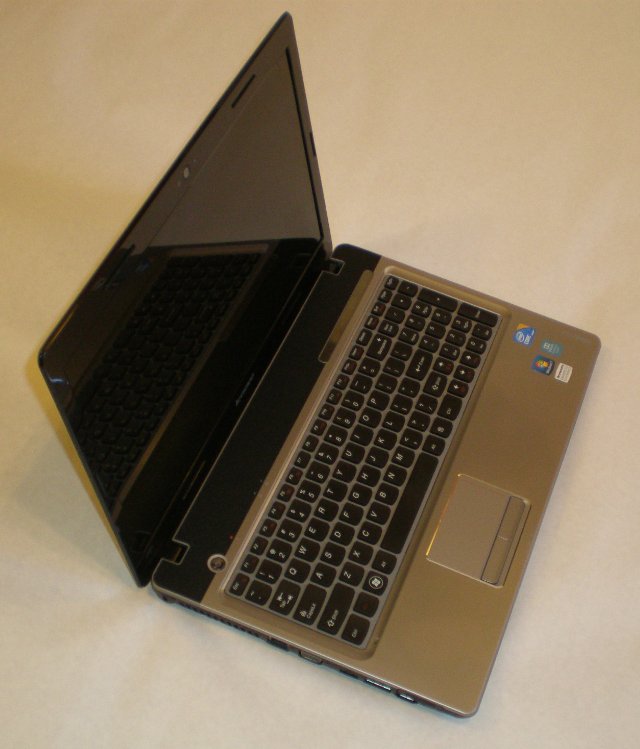 Let’s start with file transfer performance first. The file transfer test uses two sets of files. The small file test is 557 MP3 files totaling 2.56GB. The second, large file test consists of a single 2.52GB RAR file. The file is copied from one drive partition to another and timed. Lower scores are better. 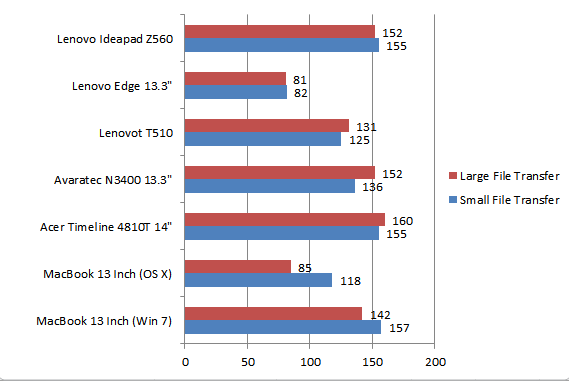 The Z560 performed exactly as expected. It has basically the same overall performance as most of the other laptops listed here because they all have 5400RPM drives. The Edge stands out from the pack because it was tested with a 7200RPM drive.

Next up is the iTunes encoding test. This test is performed by converting fourteen 320Kbps MP3 files (totaling 119MB) to 128Kbps AAC files. Time is measured in seconds.  Lower scores are better. 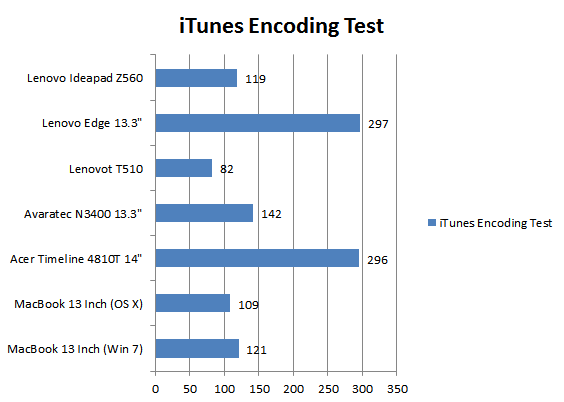 The Z560 performed well here, although I was surprised to find that the Z560 was not able to outrun the Core 2 Duo powered MacBook while in Windows 7 (and is actually slower when the MacBook runs OS X). The Lenovo T510 listed here was running a Core i7 dual-core, while the very slow Edge and Avaratec were powered by Intel Core 2 Duo low voltage processors.

Finally, let’s look at 3DMark 06. 3DMark 06 is a popular graphics benchmark that provides a good indication of a laptop’s ability to play 3D games. Higher scores are better. 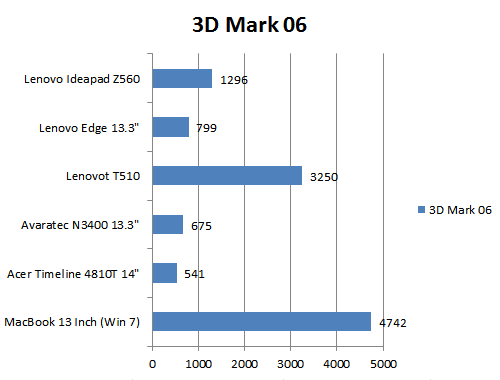 In addition to these benchmarks I ran a variety of HD video clips from various sources. This included Quicktime, Youtube HD, and various video files through VLC. The Z560 proved capable of running them all at the laptop’s native resolution and also was able to display content on my 1080p HDTV, so it certainly has the advertised ability to be a multimedia machine.

These results weren’t surprising. A Core i3 processor with Intel HD graphics is more than capable of handling video, and laptop vendors seem to be figuring this out quickly. For example, Samsung recently downgraded the Samsung R580, replacing the Core i5 with a Core i3 and the Nvidia 310M with Intel HD Graphics. It remains capable of playing HD video, but it now costs $150 less ($750 – still $50 more than the Z560). 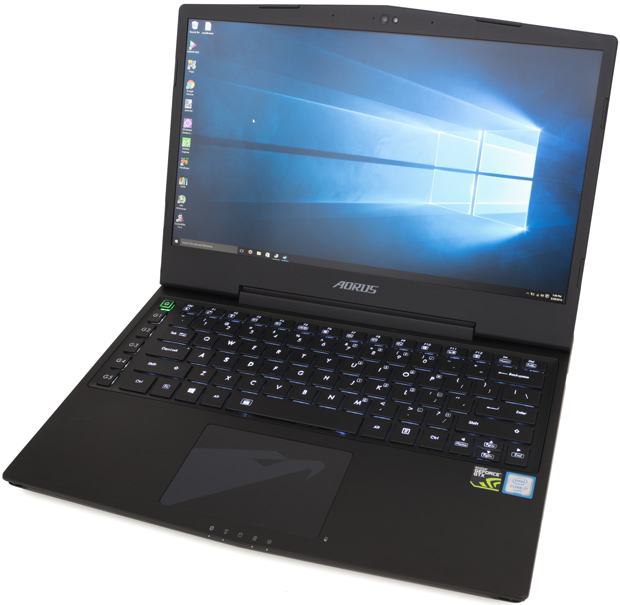