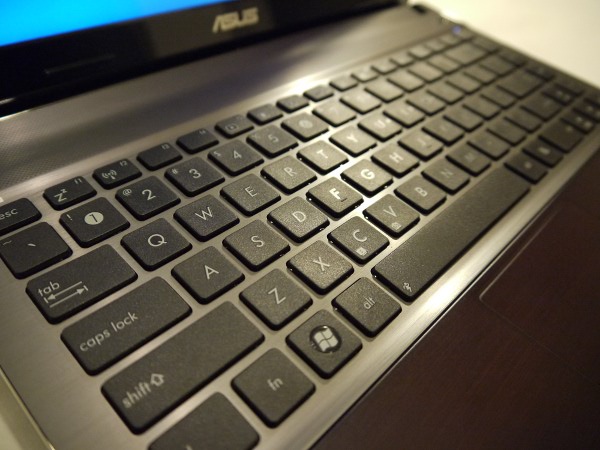 Touching the U33JC is generally a pleasure. The keyboard on the U33JC is identical to the one found on the U30JC with the exception of key color. This isn’t a bad thing, however, because the keyboard is one of the better ultraportable keyboards on the market. The keys are well spaced, but also large enough for my sausage fingers to happily navigate. Flex is basically non-existent and the keys feel solid and firmly attached. The non-gloss aluminum that encases the keyboard further improves the general feel of luxury and solidarity. 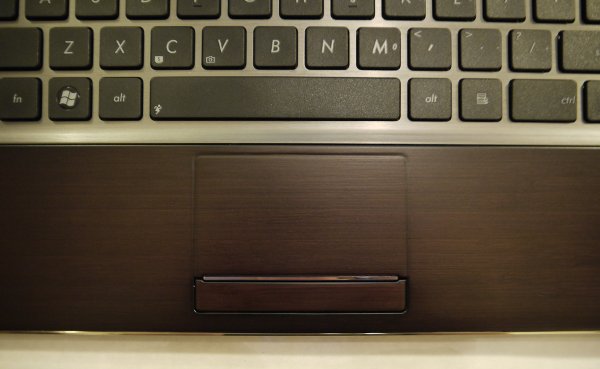 Regrettably, the trackpad doesn’t earn such high praise. It is large enough to be comfortable and the fact that the trackpad surface is made out of bamboo adds to the U33JC’s overall feeling of refinement. The trackpad surface is not adequately defined from the surrounding palmrest, however, which can be frustrating in dim lighting. I also despise the trackpad buttons. ASUS has been using a one-piece rocker design on some laptops for awhile, and it has always been sub-par. The button barely depresses when tapped and the rocker design creates a dead-zone of unusable button space at the spot where the rocker is located. It looks good, but in this case form should come over function. I’ve read countless reviews pointing out the inadequacy of this design on a variety of ASUS laptops that make use of it, and I hope ASUS soon returns to offering two distinct trackpad buttons. 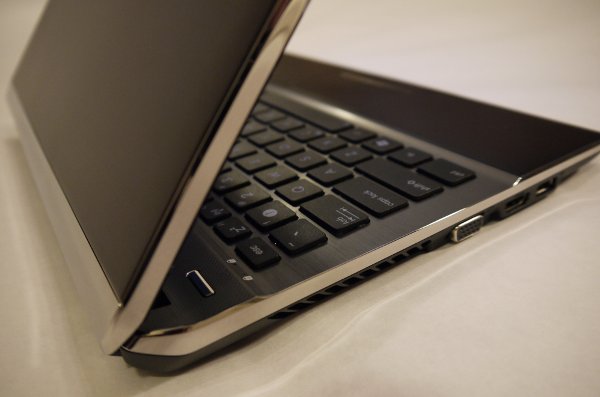 Despite the low temperatures, I did not find that fan noise was an issue. The U33JC is among the quietest laptops I’ve recently tested, including less powerful ultraportables with low-voltage processors. Clearly the cooling used by the U33JC is effective.

ASUS has placed the U33JC on a strict diet. It has dropped the optical drive found on the similar U30JC entirely and cuts down on the laptop’s overall thickness as a result. This has had an impact on the weight of the U33JC, as it comes in under four pounds. That’s impressive considering the hardware inside. In fact, the U33JC weighs about the same as the previously reviewed Toshiba T235D, which uses AMD’s latest thin-and-light hardware. 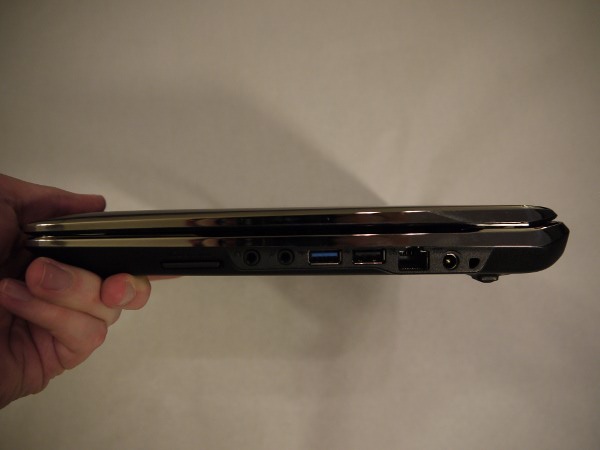 The U33JC’s connectivity is a trade-off. It offers 3 USB ports, HDMI, VGA and a card reader. FireWire and eSATA ports are not available. However, one of the USB ports supports USB 3.0. I’m not sure if this is really a worthwhile exchange, as USB 3.0 devices remain fairly rare. You may be in the market for another laptop by the time the USB 3.0 connectivity becomes common, but your mileage will vary on your lifestyle – if you already own a digital camera that prefers a FireWire connection this issue will be more important you than it is to others. 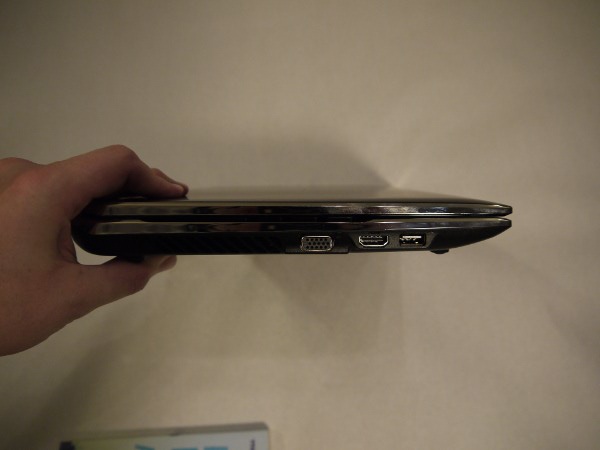 Bluetooth is included, as is Intel’s WiDi wireless video connection. WiDi is still in its early stages of development, and you’ll have to buy a separate receiver to hook up to your TV if you intend to use it. Still, the inclusion of this technology doesn’t detract from the laptop and I’m sure a few people will find use for it.