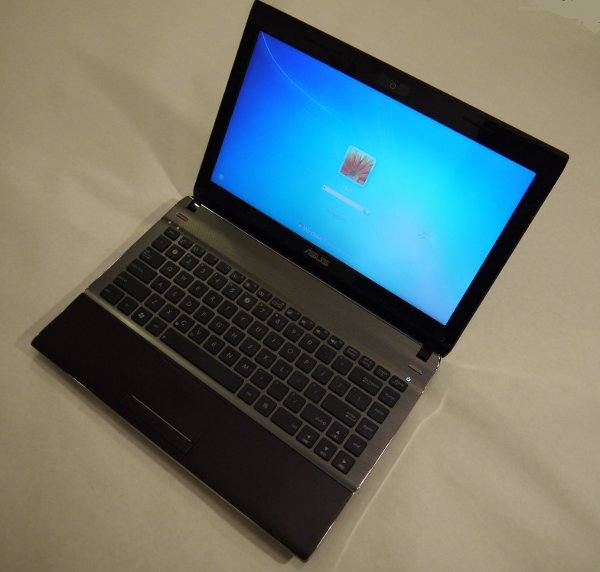 While the U33JC is generally a non-gloss affair it does have a typical glossy display. This isn’t surprising, and isn’t out of place, either. Despite what purists say, a well-executed glossy display is a pleasure to use in the majority of lighting scenarios.

The U33JC’s display is, fortunately, a fairly well-executed display. Using the Lagom LCD monitor test pages to judge LCD quality I found that the display had very good contrast and also was able to display nearly all boxes in the black level test. Performance in the white saturation test was also solid, with only the final two boxes being invisible. The backlight isn’t the brightest I’ve ever come across – the Macbook, for example, is quite a better brighter – but is sufficient for everything except outdoor use on a sunny day. 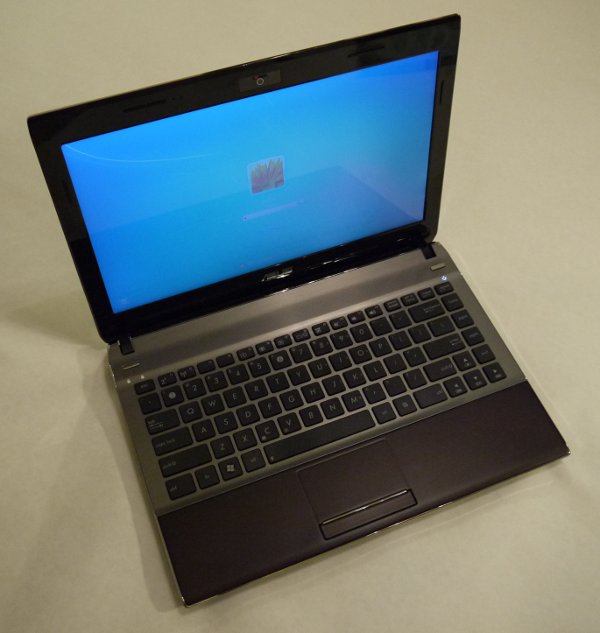 Viewing angle performance is completely typical of a TN panel display, so colors quickly shift when you’re not viewing the display straight-on, but this is a problem you simply have to learn to live with if you intend to buy a laptop.

Audio performance was average overall. I found that the speakers provided very good quality in both movies and music as long as the volume was kept low. Once the volume was turned up, however, the speakers were very easy to overwhelm, particularly when playing a track with bass or watching a movie with gunfire and explosions. The speakers, struggling to keep up, began to crackle noticeably as the attempted to shift from bass to mid-range and then back to bass. In fairness to ASUS, the company hasn’t branded the U33JC with any absurd audio acronyms and promises of surround sound. They’re meant to be simple laptop speakers, and that’s exactly what they are.

Longevity has been strong in recent ASUS ultraportables, and the ASUS U33JC is no different. The laptop comes equipped with Nvidia’s Optimus graphics switching technology, which turns off the GPU when graphical acceleration is not needed. This hands the work over to the far more power conservative Intel IGP. The U33JC also has a feature called “Super Hybrid Engine” which is present as a gadget on the Windows desktop and lets you switch to a custom power-saving profile by moving a virtual toggle. This custom profile can underclock the system in order to maximize efficiency.

Unfortunately, Super Hybrid Engine needs polish. Occasional screen flickering occurred multiple times when using the feature, and during one usage session it became so severe that I had to reboot the laptop. Having used the laptop for two weeks, I found that Super Hybrid Engine was really more trouble than it was worth. 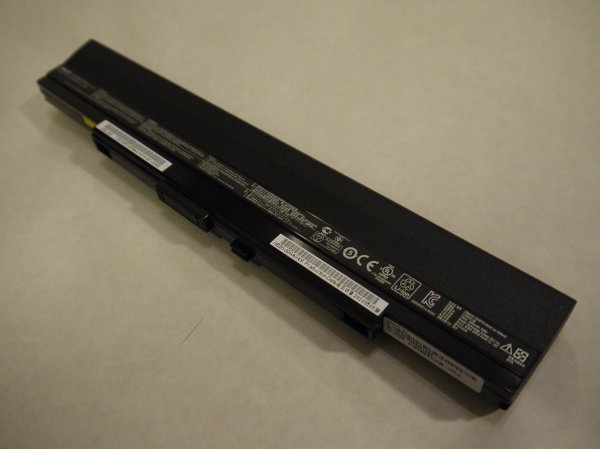 That’s okay, though, because the U33JC has plenty of pure, old-fashioned muscle. It comes equipped with a gigantic 8-cell 84 Wh battery that provides juice while you’re out and about. The laptop managed a very respectable 4 hours and 14 minutes during the Battery Eater test and returned a whopping 6 hours and 50 minutes of real-world usage with WiFi on. The Battery Eater reader’s test came in at 8 hours and 41 minutes. Normally there is not so large a difference between the Battery Eater standard test and the other battery benchmarks. This is no mistake, however – Battery Eater engages the GPU, while the other battery benchmarks do not. The gap represents the use of switchable graphics. 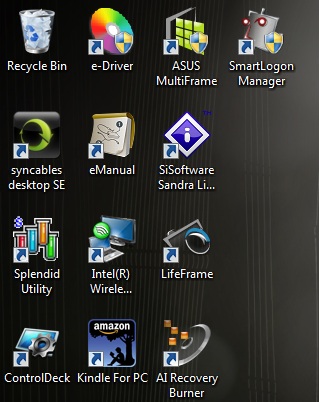 Most of this software is, of course, far more annoying than it is useful. The Splendid Utility, for example, is nothing more than a software control panel that lets you switch between five slightly different display modes or set a custom mode. I don’t think anyone is going to open this utility and exclaim “My god! This is so useful!” But there it is, sitting on the desktop, taking up space.

The bloatware isn’t all bad news, however. Although there are many icons on the desktop, there are only a few programs that are set to automatically load when Windows start. The utilities are also generally easy to uninstall. 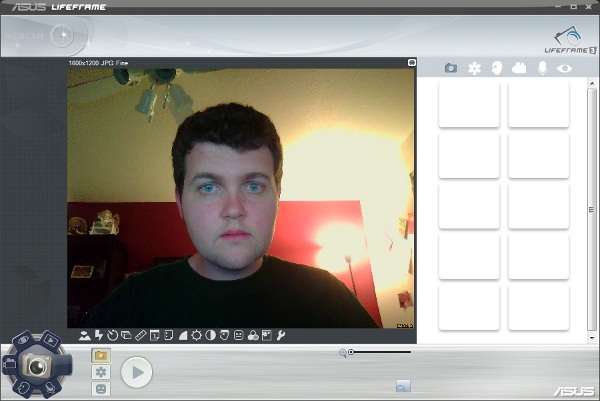 While the U33JC’s webcam looks good it is provided alongside ASUS LifeFrame, one of the pre-installed programs you’ll find on your desktop.  My experience with this software was poor. All movement was significantly delayed, and the software often made strange adjustments that ruined image quality. However, the issues with movement didn’t seem to be just a software problem, as I still experienced lag when using third-party software. 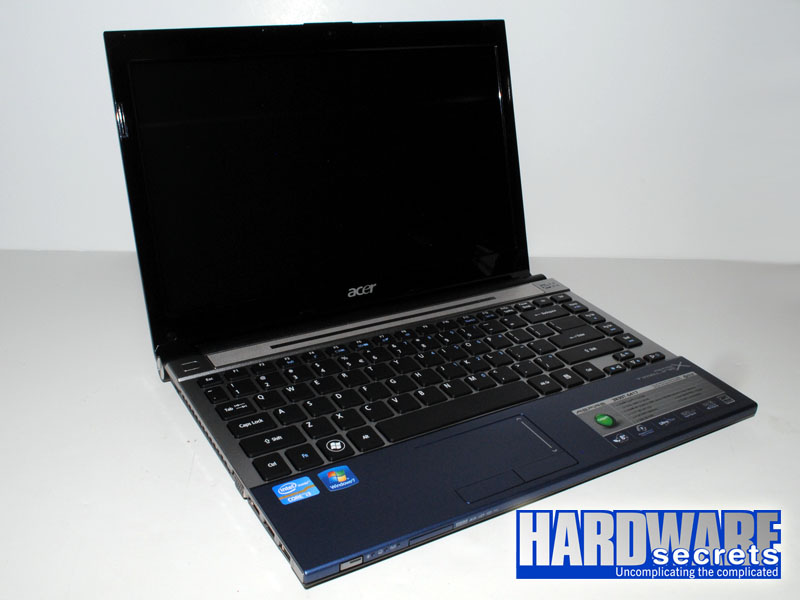 Acer Aspires for your notebook budget 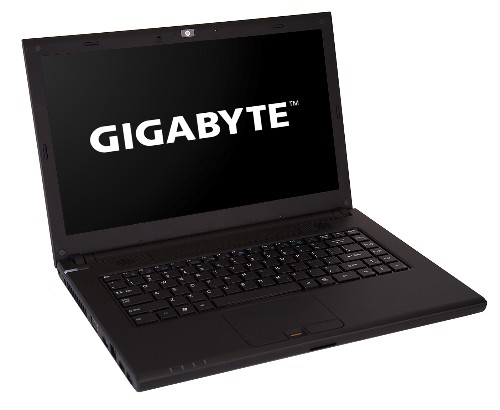