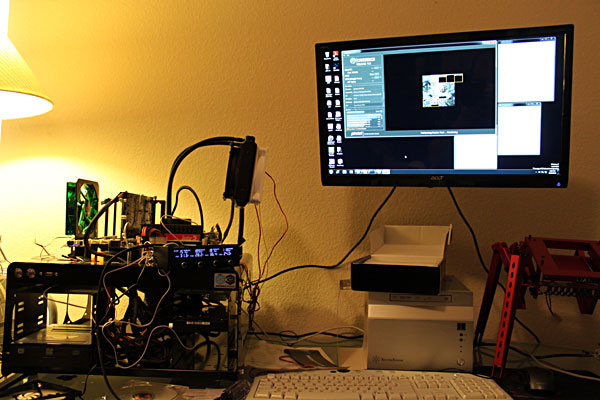 Testing a fan controller is pretty straight forward. We had two main features we wanted to test on the FC6. The first feature is how well the FC6 measures fan speeds. To do this, we hooked up four 120mm fans that we typically use on our test bench seen above. We also hooked up the push-pull fan configuration to see how well the FC6 monitors these particular fans. Next, we were interested in testing how the FC6 measured case and hardware temperatures. The FC6 uses four standard temperature probes to do this, so we hooked up each probe to our CPU, GPU, hard drive, and chassis. Evaluating these two features (as well as how the LCD color schemes can be configured) will give us all the data we need to make a final determination on the performance features available with the FC6 controller. 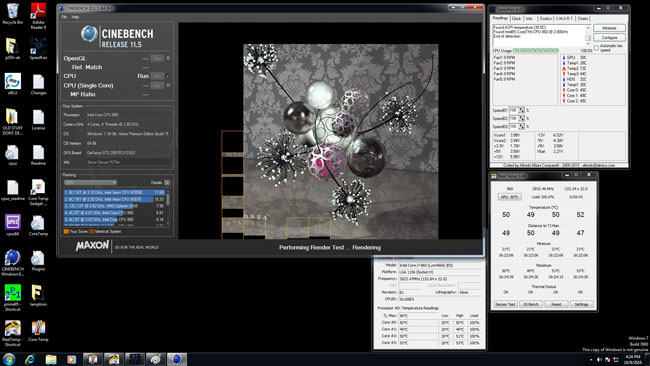 To evaluate how the FC6 monitors temperatures and fan speeds, we used Cinebench 11.5 to ramp up our CPU speeds. We used two software-based system temperature monitoring programs called CoreTemp and RealTemp to log all the temperatures we get from our CPU, GPU, and hard drive so we can have some data to compare against what the FC6 measures during testing. Next, we used another software fan monitoring utility called SpeedFan to do the same thing for the four fans we hooked up to our test bench. This should give us a decent amount of data to see how accurate the FC6 measures hardware temperatures and fan speeds. 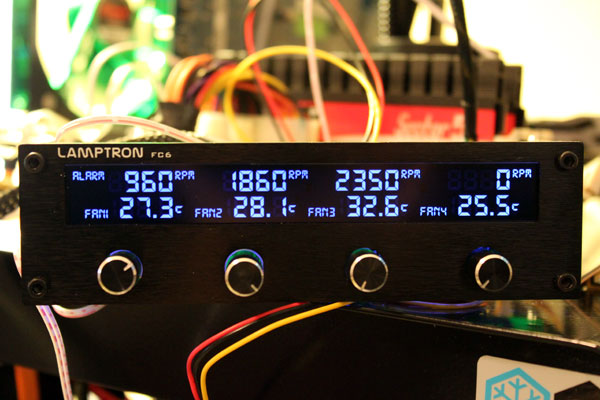 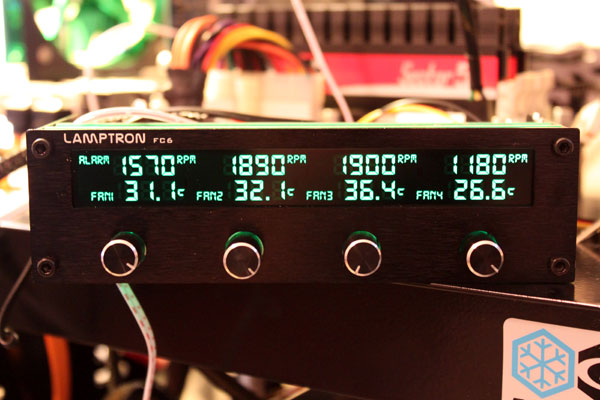 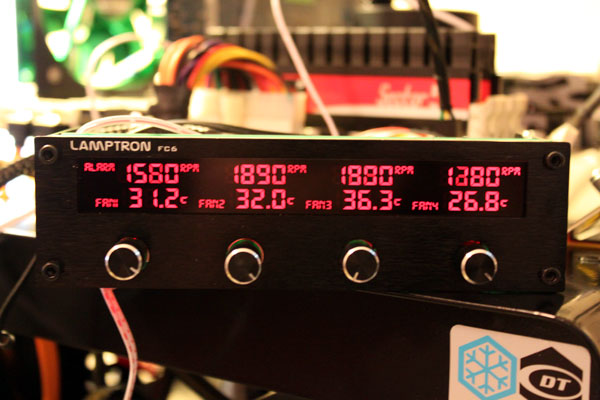 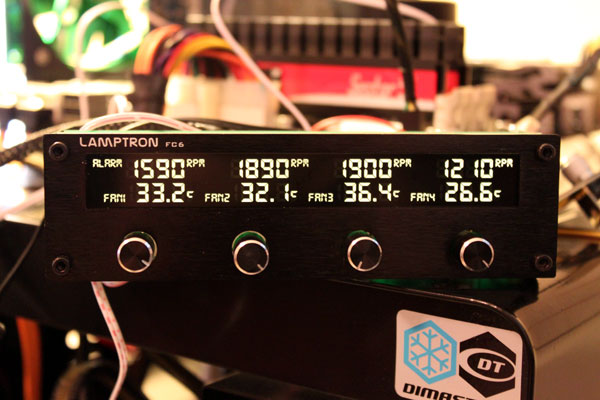 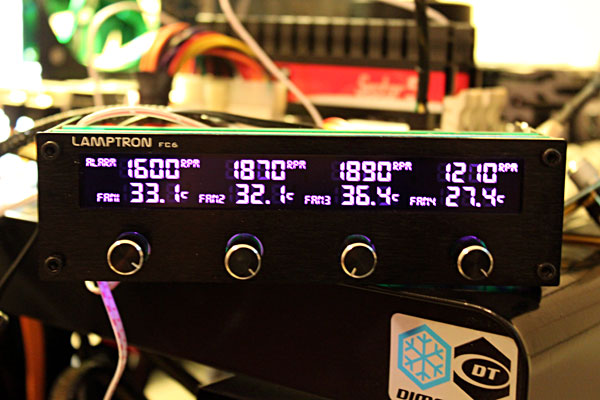 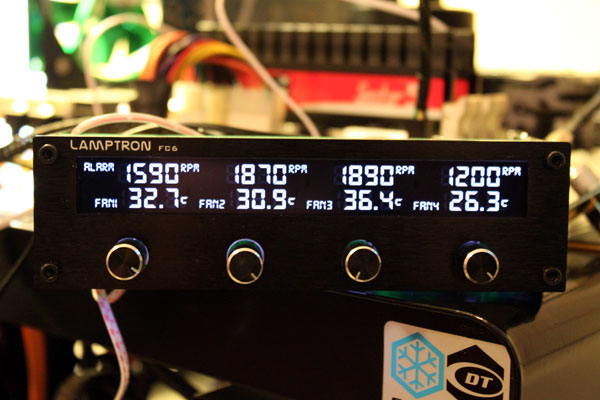 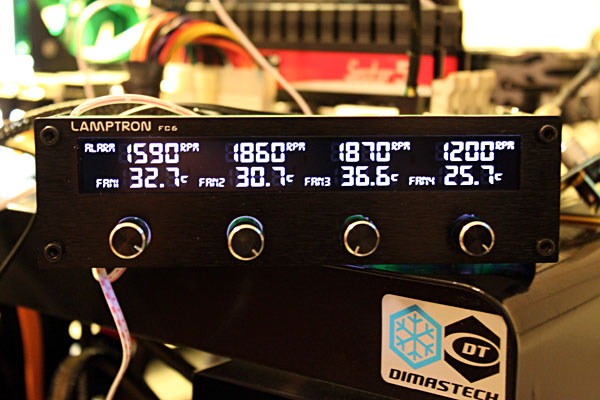 After about three hours of testing in Cinebench and 3DMark Vantage (for GPU temperatures), we concluded the FC6 was within 1-3 degrees of our software-based monitoring utilities. These results were within a reasonable margin of error so we were able to determine that the FC6 accurately measures system temperatures from a variety of hardware including the processor, hard drive, video card, and overall case temperatures.

During fan speed testing, we ran all four of our 120mm fans between 1,000 and 2,000 RPMs using the FC6’s built-in fan controllers. We moved them around for about an hour and recorded the fan speeds from the FC6’s front display and from SpeedFan. As you can see from the photos above, the FC6 was able to accurate monitor fan speeds for all four fans and our SpeedFan records also confirmed these results.

Enough about Vista, what’s up with Linux?