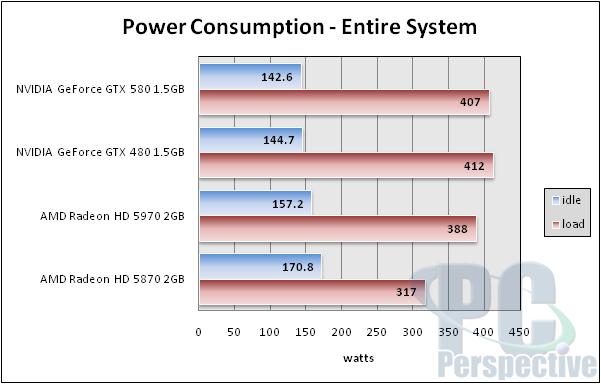 In our testing the GTX 580 and GTX 480 do in fact use nearly identical levels of power in real-world applications.  The HD 5970 uses about 20 watts less power under a full load but 15 watts more at idle, so it’s kind of a wash there. 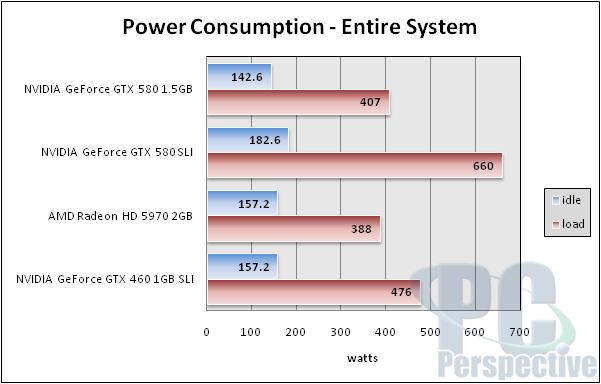 Looking at the SLI power consumption, the pair of GTX 580s use 660 watts (along with the CPU, etc).  The difference between the single and dual-GPU variants is 253 watts – that is the balance of the second GPU.  And, since we have been comparing the GTX 460 SLI configuration to the single GTX 580, you can see that it does in fact use 70 watts more power. 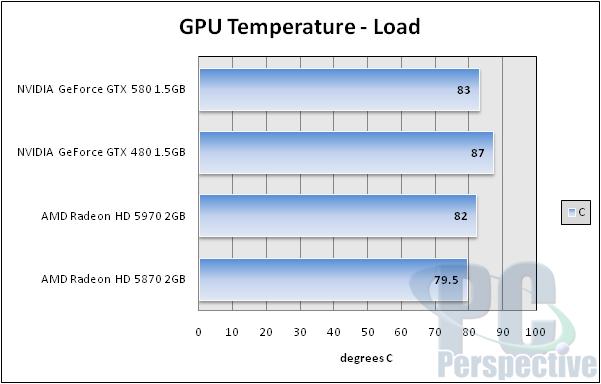 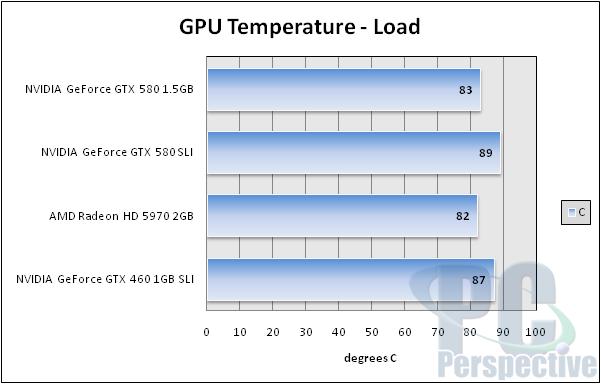 Despite the additional processing cores and clock speeds, the new cooler and fan combination on the GTX 580 keeps the GPU cooler than the GTX 480, all while keeping the noise levels down considerably.  You can also see that when running in a directly side-by-side SLI configuration, the primary GPU temperature only went up to 89 degrees.