In most ways, the new GeForce GTX 580 looks and feels just like the GTX 480 cards we have had since March.  The firs thing I did notice right away though was that the GTX 580 was lighter thanks to the new cooling solution. 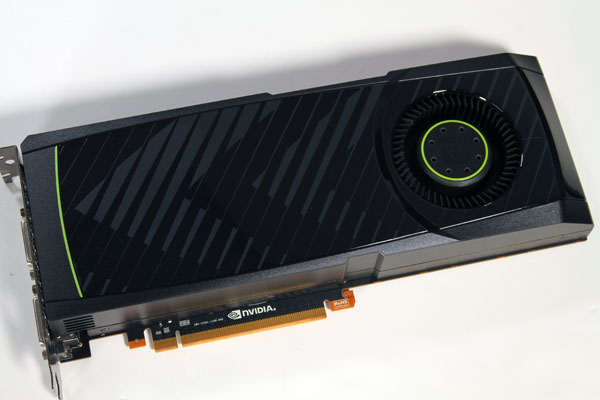 The reference design looks much the previous GF100 offering but you can see right away that the new card doesn’t have those external heatpipes that caused many burned fingers in our office.

Again, for those that might have missed it on the previous page, here are the specifications:
The MSRP for this new part is going to be high, as you would expect: $499. 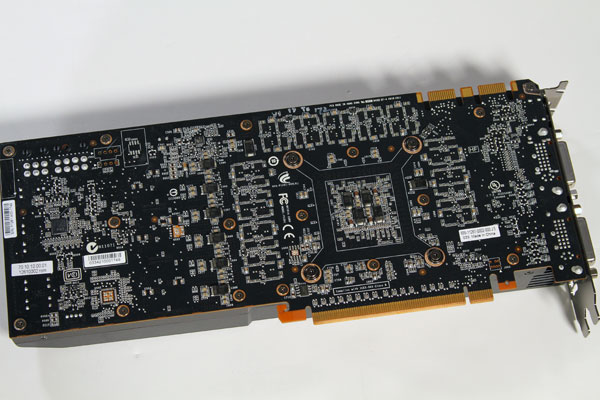 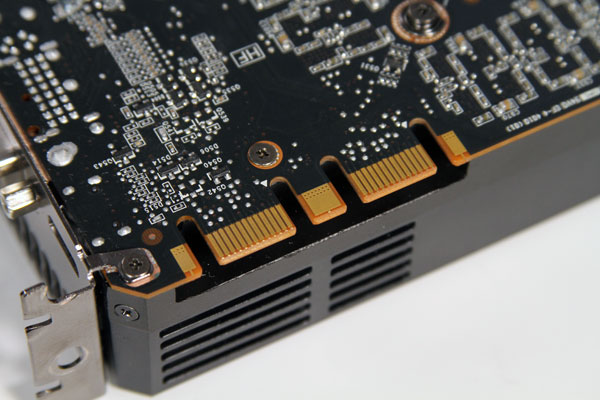 Unlike the GTX 460 cards, the new GTX 580 still supports SLI and 3-Way SLI configurations for those of you crazy enough to need more gaming power. 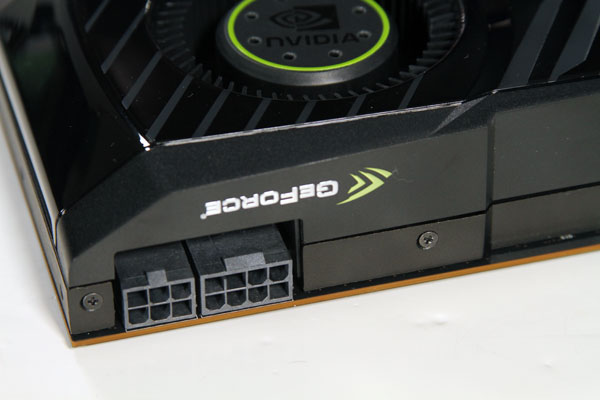 The power requirements remain the same with a single 8-pin and 6-pin PCIe power connection required.  NVIDIA recommends at least a 600 watt power supply for a single GTX 580. 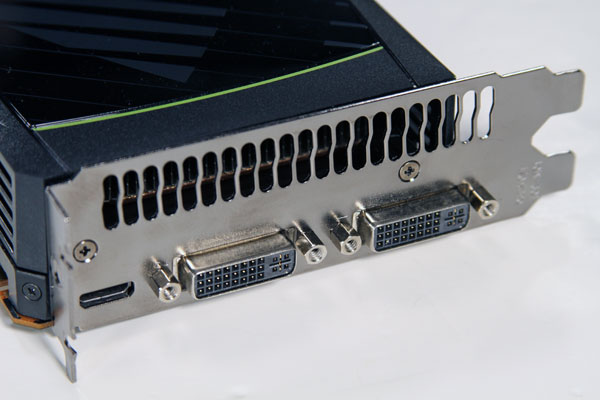 External display connections remain the same as well with a pair of dual-link DVI outputs and a mini-HDMI connection; of course partners will have their own designs out soon as well. 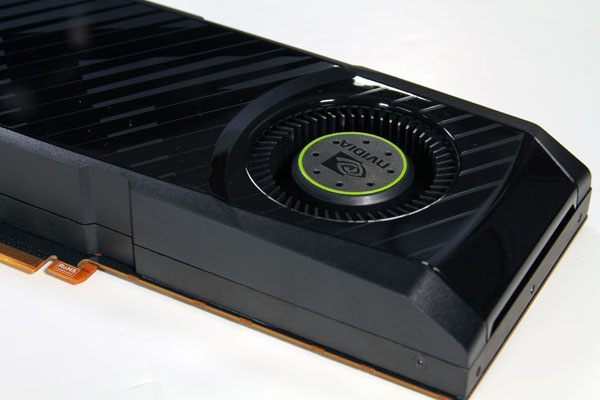 The back end of the GTX 580 cooler is more tapered than the GTX 480 in attempt to let more external air reach the fan of the primary card in SLI configurations where GPUs need to be right next to each other.  This should help keep the GPU a bit cooler, and thus, quieter. 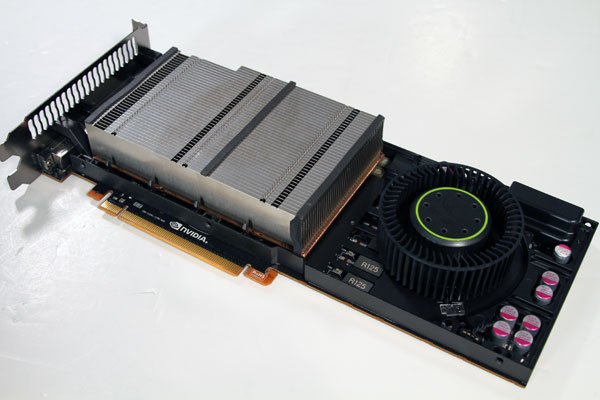 Taking the top off of the card we see a pretty basic looking heatsink and a fan with an improved stabilization ring for lower acoustics. 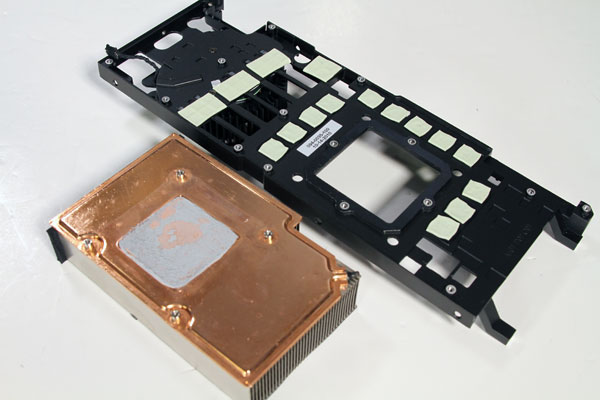 The black passive heatsink is used to cool the memory as well as much of the power regulating components. 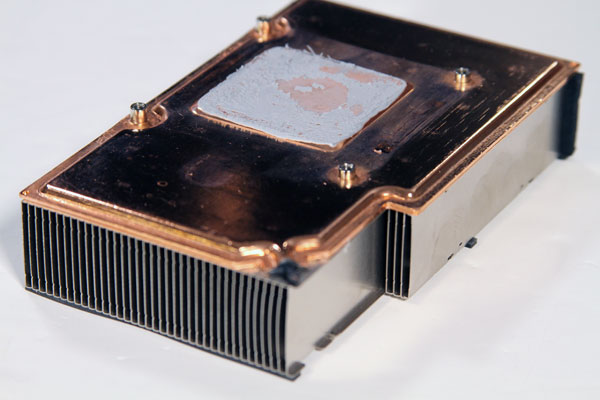 This is NVIDIA’s new vapor chamber cooler that spreads the heat from the GF110 more efficiently than traditional, cheaper coolers. 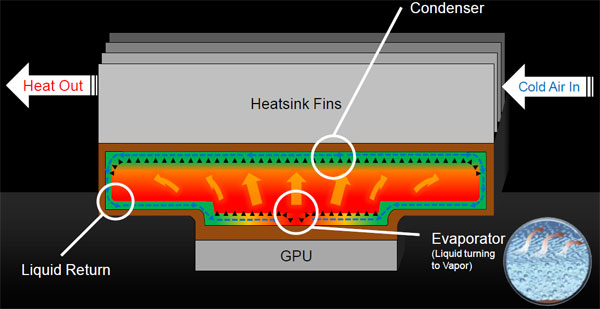 Vapor chambers work essentially like large, flat heatpipes in that a liquid condenses to convect the heat from the copper base plate to the many heatsinks fins above them.  As the gas cools and cycles back to the bottom of the chamber the cycle repeats and this is how the GPU stays cool.  We can’t help but wonder if this improved cooling technology was done to improve sound levels and temperatures or if it was required in order to get all 512 of those elusive CUDA cores to work in tandem. 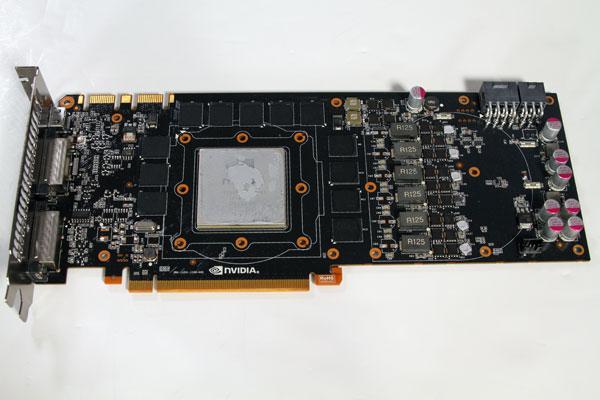 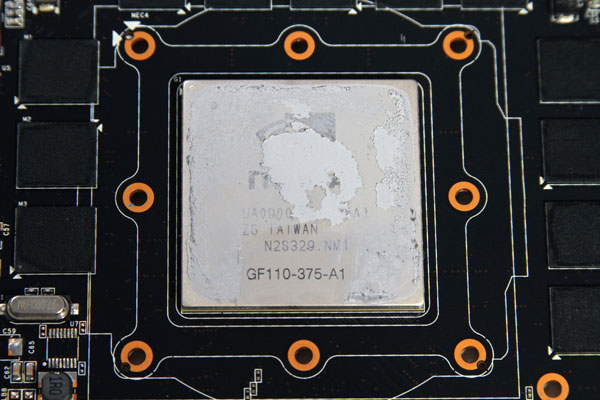 The naked board shots don’t reveal much other than the GF110 GPU that is the exact same size as the GF100 GPU before it.  The fact that this is labeled A1 silicon is good news for NVIDIA though as that indicates this is the first revision of GF110 from TSMC’s 40nm process technology.