“Each new version of the PCIe spec has doubled the bandwidth of the prior generation,” said Nathan Brookwood, research fellow at Insight 64. “The latest group of PCIe architects and designers drove the standard forward while maintaining complete backward compatibility for Gen 1 and Gen 2 devices. Rarely has a standard advanced so non-disruptively through three major evolutionary cycles. The ability to pull this off demonstrates not only the ingenuity of the Gen 3 developers, but also the insight of those who defined the earlier versions in such an extensible manner.”

The PCIe 3.0 specification extends the data rate to 8 GT/s in a manner compatible with the existing PCIe 1.x and 2.x specifications and products that support 2.5 and 5 GT/s signaling. This bit rate represents the most optimum tradeoff between manufacturability, cost, power, complexity and compatibility. Based on this data rate expansion, it is possible for products designed to the PCIe 3.0 architecture to achieve bandwidth near 1 gigabyte per second (GB/s) in one direction on a single-lane (x1) configuration and scale to an aggregate approaching 32 GB/s on a sixteen-lane (x16) configuration. The new 128b/130b encoding scheme also allows near 100% efficiency, offering a 25% efficiency increase for 8 GT/s as compared to the 8b/10b efficiency of previous versions, which enables the doubled bandwidth.

“The PCI-SIG remains dedicated to I/O innovation and we are proud to release the PCIe 3.0 specification to our members,” said Al Yanes, PCI-SIG chairman and president. “The PCIe 3.0 architecture details significant improvements over our two previous PCIe specifications, providing our members with the performance and functionality they need to continue to be innovators in their fields.” 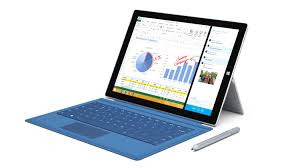 Would you trade your Macbook for a Surface 3 for $650?