Teased at QuakeCon this year, RAGE HD for iOS devices impressed everyone with its visual fidelity. Will this game live up to the hype? Read on to find out.

This year at QuakeCon, during id Software’s Techical Director John Carmack’s Keynote address, we were blindsided by a demo of the id tech 5 engine running on an iPhone 4. What we saw was a very visually impressive demo of a RAGE environment, and that was about it. We were promised a smaller game featuring this technology later on in the year, with a bigger game launching with the rest of the RAGE titles. 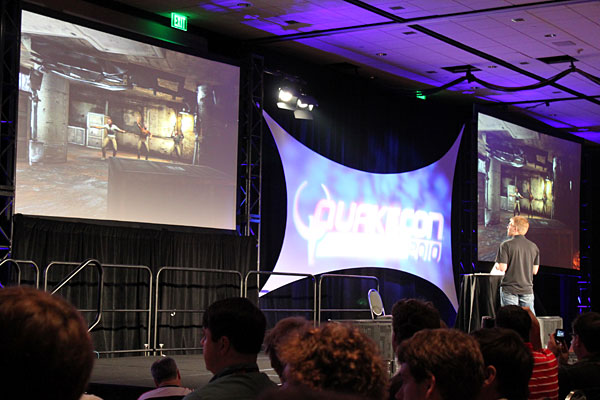 Today, that promise was delivered on with RAGE coming out for all iOS platforms. The way id decided to handle this launch was with two different versions of the game, RAGE and RAGE HD. While both versions of the application are universal and will run on any iOS device, the different versions are suited to different devices. RAGE HD is designed to work best with the more powerful iOS devices such as the iPad and iPhone 4. These devices also take advantage of the higher resolution graphics in RAGE HD, due to their screen resolutions. Just plain RAGE is suited for less powerful devices with lower resolution screens, like the original iPhone, and the iPhone 3G. While the 3GS will apparently run either version well, but it is more suited towards the non HD version of RAGE, because very little advantage will be gained with the lower resolution screen of the 3GS. Personally, I took a look at the RAGE HD version on my iPhone 4.

This mobile version of RAGE takes place on the fictional “Mutant Bash TV.” The game itself is similar to rail shooters of the past, such as House of the Dead. This helps to solve one of the main problems with touch screen only gaming. Without having yet another axis of motion to control, the touch screen can be better used for aiming and shooting. In this game, you use your thumb on the screen to aim your gun, while you press the shoot button in the lower right hand corner. To make things a little more interesting, RAGE adds obstacles such as mutants throwing bricks at you, which requires the dodge button in the lower left hand corner of the screen. Other typical game features, such as reload and weapon change buttons are also implemented, in the top left and right hand corners respectively. 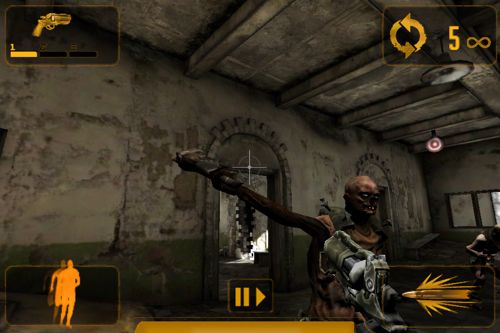 This combines to create one of the better implementations of the touch screen first person shooter I have seen. While you don’t have freedom over where you are going, the aiming and shooting controls work well. However, since it is a rail shooter, there isn’t a lot of variety in the gameplay. The difficult however seems to ramp up quite nicely, and provides for a challenge, which is important considering there are only 3 levels. 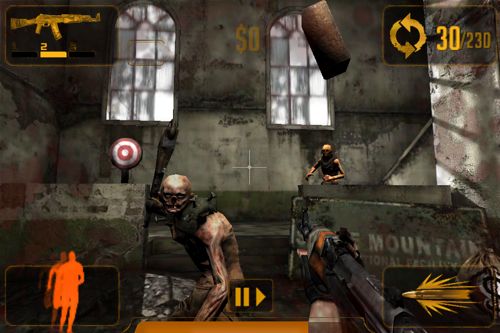 Graphically, this game is very impressive. The fidelity of the graphics seem at least equal and even better looking than previous generation consoles such as the Xbox and Playstation 2. While the graphical quality is nice on the very high resolution retina display of the iPhone 4, it would be impressive to play this game on a bigger display, such as on the iPad. At a 734MB download, it is apparent that the assets in this game are very high resolution for a mobile device, and plentiful. 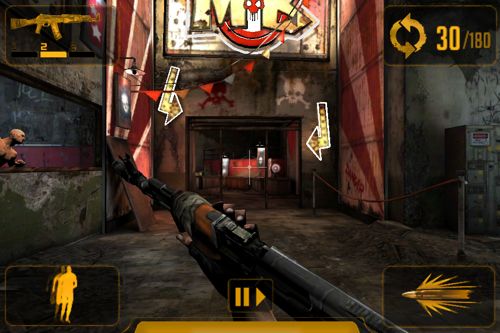 This game however seems to be more of a proof of concept for a bigger, more fleshed out version of mobile RAGE. While it works on the levels that a rail shooter needs to, there is definitely more to be desired, especially considering there are only 3 levels in the $1.99 (or $1 for the non-HD version) download. 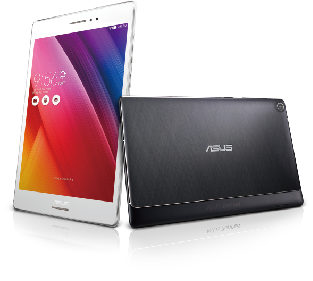