It has been far too long since we last heard from VIA and their Nano processor.  When originally announced, there was a lot of excitement surrounding Nano.  Here was a processor that offered competitive performance to mainstream parts, yet had only a fraction of the power consumption and heat production.  It was a tightly designed chip that brought superscalar, out-of-order performance to a market that was dominated by in-order, cut down processors.  Even back then they had announced that the design was suited for a dual core strategy, and they would eventually move there. 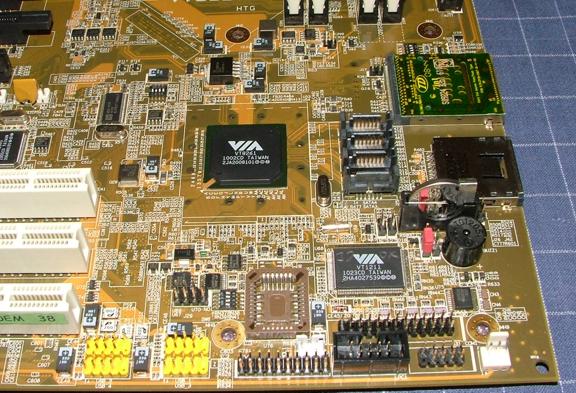 The VT8261 is not the most robust southbridge out there, but it does provide the basics.  Do not expect SATA 6G to be showing up from VIA anytime soon.


It is unfortunate that it has taken VIA this long to get the dual core part out.  We have to wonder if there were design issues that did not allow it to see the light of day sooner, or was it merely a matter of the lack of a suitable mainstream process allowing it to reach desirable TDPs.  Consider that AMD and NVIDIA have been buying up as much 40 nm line space as they can for these past 2 years, it may not have been cost effective for VIA to try to utilize this much in demand process, and therefore pricier than what they could afford in terms of yields and margins.

All of that aside, the VIA Nano DC performs right where we were hoping it would.  The die size should remain low on the 40 nm process, and it will keep a nice TDP when compared to its overall performance.  VIA keeps carving out a niche for itself, and this is certainly a product that many in the industry have been waiting for.  While the latest Pineview Atoms are adequate performers, they do not match up well in terms of overall CPU performance, and definitely fall behind in graphics performance to the VN1000. 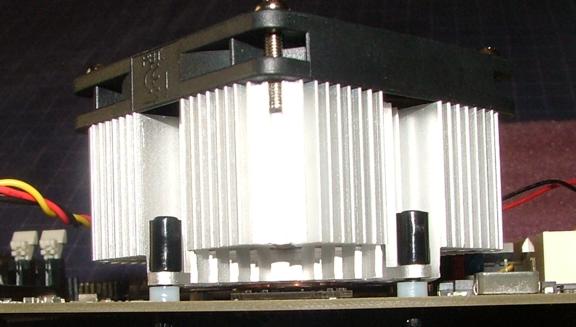 The heatsink never got warm during use.  I was very hesitant in trying to pry off the heatsink on this board, as I have heard reports of some other publications doing just that and rendering their board inoperable.  I would like to avoid such a situation.  The heatsink pins are pretty firmly attached, and a small slip of the pliers necessary to detach it could prove disastrous.


VIA really needs to get these products out the door quickly, as the market is about to experience another burst of competition.  The main source of worry for the folks at VIA (and possibly Intel as well) is the upcoming AMD Ontario and Zacate parts.  The amazingly low TDPs of these processors, combined with their unique dual core architecture and what looks to be class leading graphics performance, has apparently struck a chord with many manufacturers hoping to get into higher powered netbooks and tablet products.  A 9 watt Ontario, running near 1 GHz speeds, and allowing x86 applications to run (as compared to ARM based products), could see a large uptake in new and interesting tablets in particular.

It is really unfortunate for VIA though that they were unable to launch this combination sooner, as a 40 nm Nano DC and solid performing VN1000 could have made it into a lot of low end machines throughout the rest of this year.  As it is, this well designed and balanced setup will see a lot of strong competition from a variety of manufacturers.  VIA has faced worse odds before, and hopefully the strengths of this product will help to keep them afloat.