We have reached the Acer Aspire 5551G-4591’s moment of truth. I’ve ragged on the laptop’s cheap feel and sub-par display, but these problems may be excusable if the performance is outstanding. Remember, this laptop and its cousins generally retail between $700 and $800 dollars. Let’s see if the Acer 5551G-4591 can flex its muscles and prove that it’s what’s inside that counts.

Our first battery of benchmarks, SiSoft Sandra 2010, is used to test the processor and chipset. The AMD Turion II 2.3 GHz processor in this Acer is competing with Intel’s Core i3, so the battle between the Acer Aspire 5551G-4591 and the Core i3 powered ASUS U33JC is the contest to watch. 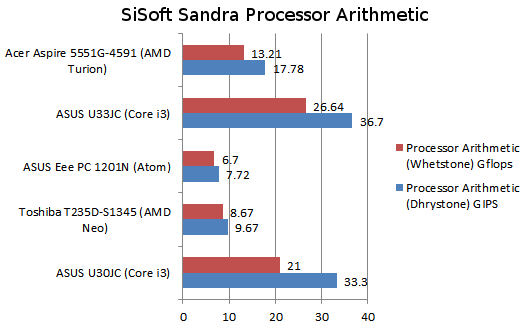 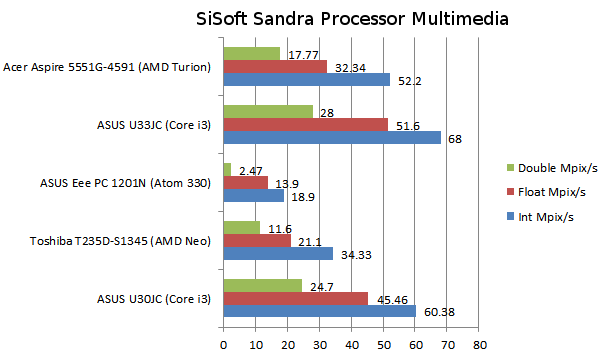 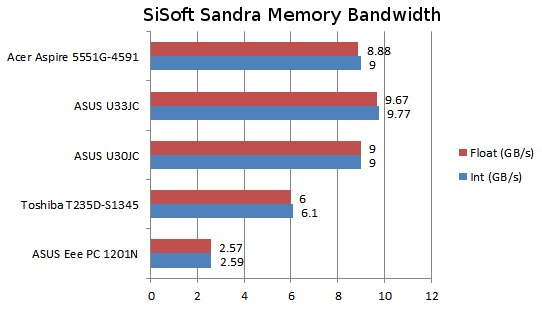 Overall, the AMD Turion II processor fails to match the Core i3 – indeed, it doesn’t even come close. The processor isn’t the whole story, however. To obtain a more robust idea of the Acer Aspire 5551G-4591’s abilities we should take a look at the Peacekeeper Browser Benchmark and PCMark Vantage. 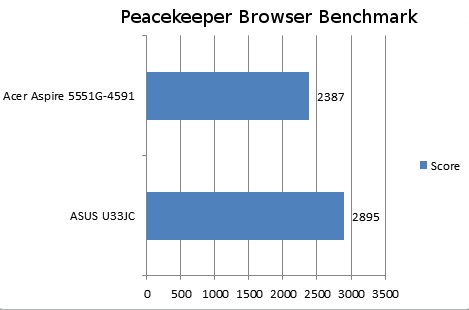 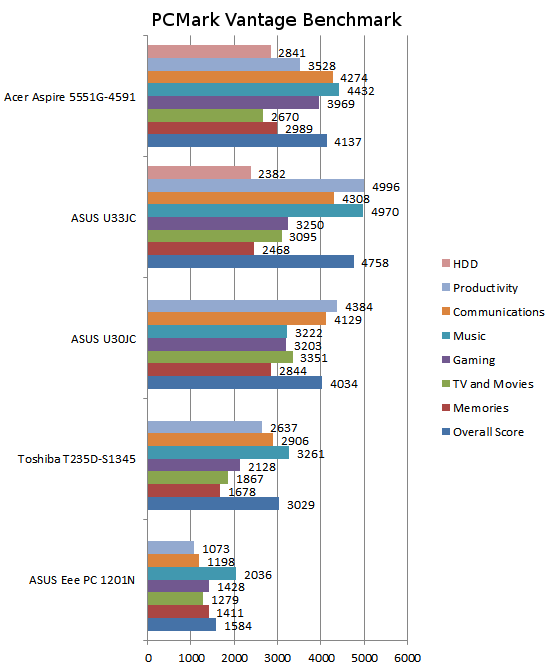 These benchmarks provide a better argument in favor of the Acer 5551G-4591, but the Core i3 powered ASUS U33JC is still clearly faster. Victory in PCMark Vantage was claimed by the ASUS U33JC, and by no small margin – the overall score was 621 points higher. 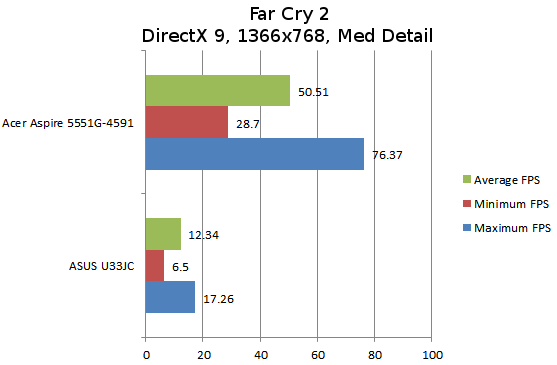 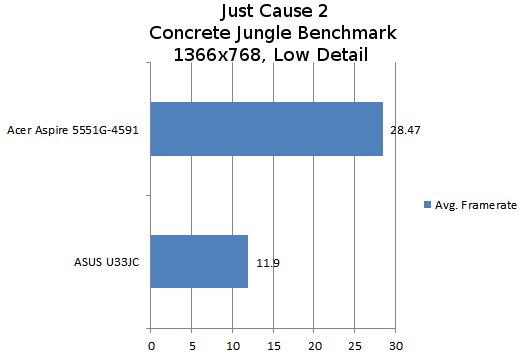 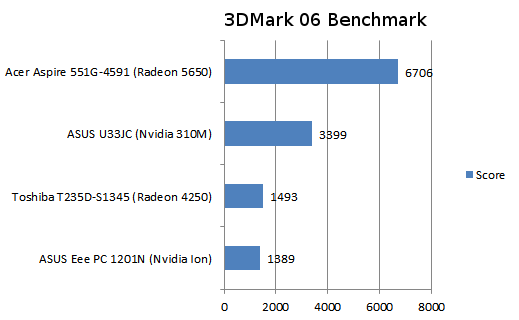 It is hard to imagine these results being more favorable for the Acer Aspire 5551G-4591. The Mobility Radeon HD5650 is a beast of a mid-range mobile graphics solution. It is twice as fast as Acer Aspire 5551G-4591 in 3DMark 06 and over four times quicker in Far Cry 2. Keep in mind that the Far Cry 2 benchmark was obtained using medium settings in DirectX 9. The game remains playable on the Acer even with most settings bumped up to high.

A similar performance gap exists in Just Cause 2. Playing the game on ASUS U33JC was possible, but just barely. The Acer, on the other hand, was able to deliver a smooth experience.

Let’s take a look at one more set of benchmarks – boot and resume times. 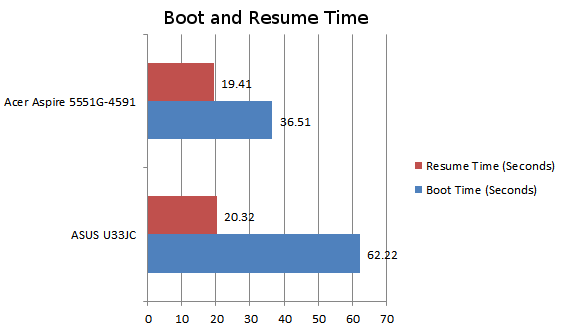 The Acer again puts forth a good showing here. The boot time of just over 37 seconds is very respectable for a Windows 7 laptop and clearly beats the U33JC. This benchmark also highlights how bloatware can affect boot times. I loved the U33JC, but in stock guise it was saddled with a ton of unneeded software. It is likely that the Acer booted substantially quicker because it isn’t burdened with the need to load extraneous software.