Let’s first take a look at the SiSoft Sandra 2010 synthetic benchmarks. These provide a good overall indication of a processor’s performance. Keep an eye on the ASUS U33JC, which was equipped with a Core i3 processor. It’ll be interesting to see how a high-end Intel CULV processor compares to Intel’s more mainstream line of notebook processors. 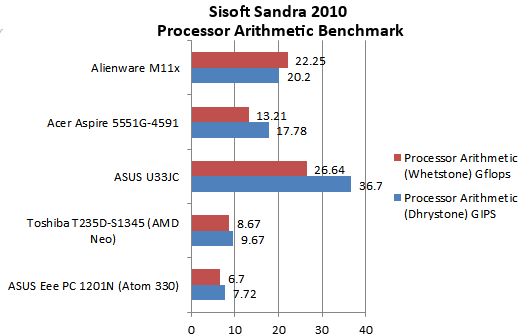 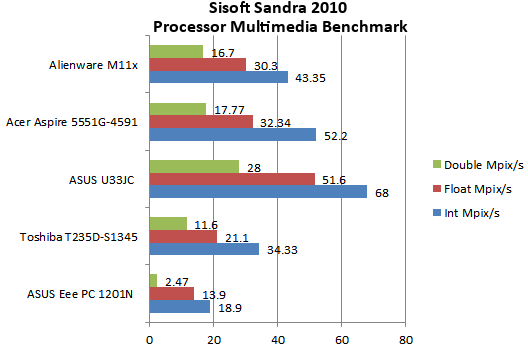 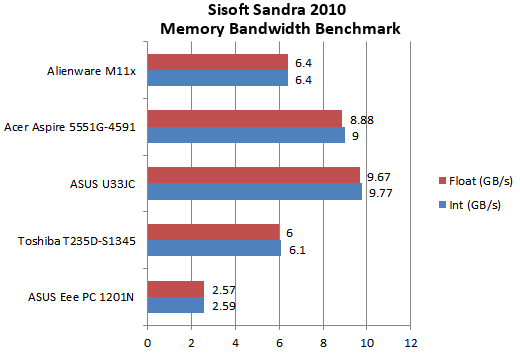 The Alienware M11x performed far worse than the Core i3 powered ASUS U33JC in these benchmarks, but also blew away other low-power ultraportable systems like the Toshiba 235D. In the past there has usually been a significant performance gap between CULV systems and those powered by normal notebook processors. The M11x is no exception despite the high Turbo Boost clock speed.

In fact, the performance of the M11x in the synthetic benchmarks was low enough that it raised my suspicions. If the maximum Turbo Boost speed is 2.26 GHz, why is the processor’s benchmark performance so much less than that of an Intel Core i3 running at 2.4 GHz?

As it turns out, the Intel Core i7 640UM processor in the M11x only proved capable of reaching the maximum Turbo Boost speed in very limited circumstances. When loading Firefox, for example, the processor will briefly spike up to the maximum. However, during any sustained period of heavy load (including games) the processor fluctuated between 1.4 GHz and 1.86 GHz. This seriously limits the processor’s overall performance.

The Core i7 640UM processor in this M11x isn’t the only component we need to consider. The laptop also features a 7200 RPM hard drive and, of course, Nvidia’s GT 335M graphics. Let’s see how the laptop holds up in Futuremark’s PCMark Vantage, 3DMark 06 and Peacekeeper Browser Benchmark. 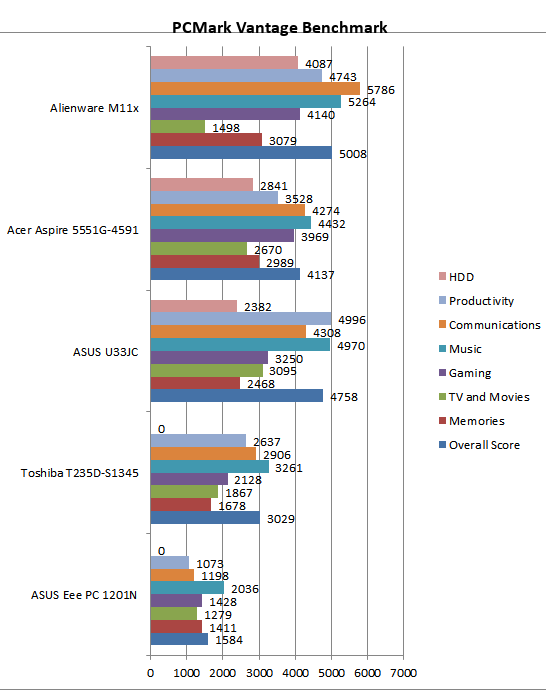 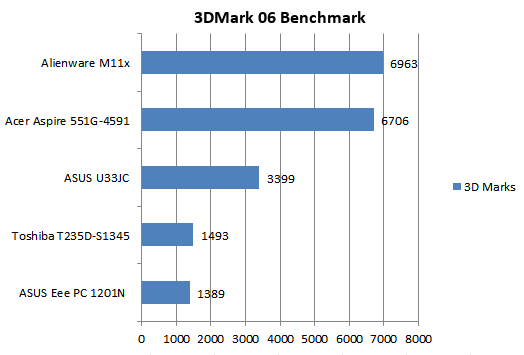 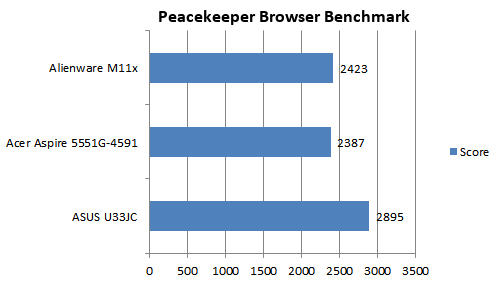 Look at that PCMark Vantage score! The Alienware M11x achieved just over 5,000 points, more than any other ultraportable we’ve tested. This indicates that the M11x is well-rounded machine that is capable of dealing with various usage scenarios well. The only notable weak spot was the TV and Movies section. I suspect the laptop may not have been making use of the Nvidia mobile graphics during this section and instead defaulted over to the Intel IGP.

To further explore gaming performance, let’s take a look at how the Alienware M11x handles Just Cause 2 and Far Cry 2. 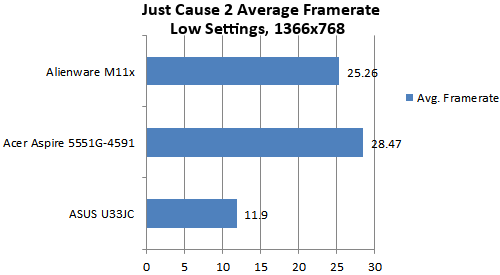 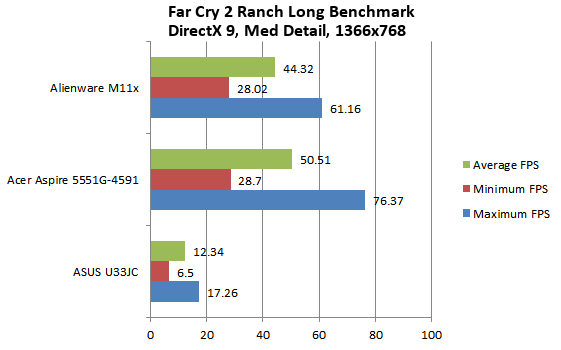 The bitter dose served up by the Acer Aspire 5551G-4591 becomes downright depressing in these benchmarks. The Acer managed to outrun the Alienware M11x in Just Cause 2 and match the M11x in Far Cry 2. That’s not to say that the Alienware’s performance is disappointing, but it does remind us that the small size of the M11x comes with a sacrifice.

Finally, let’s have a gander at how quickly the M11x comes to life. 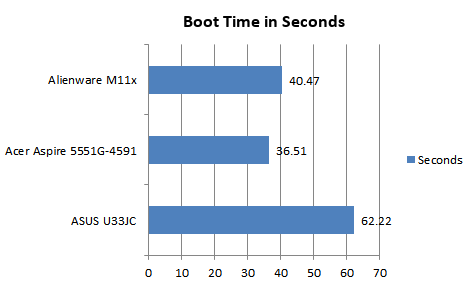 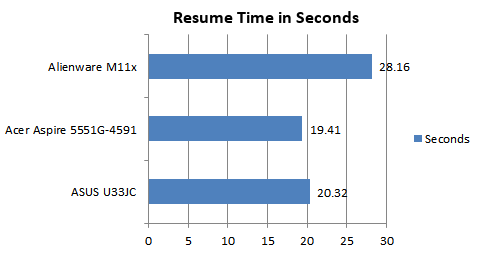 The boot and resume performance of the Alienware M11x wasn’t particularly good. I expected that the faster hard drive would provide the laptop with better than average boot times, but the opposite was true. Of course, this is probably the responsibility of the processor rather than the hard drive. I also found that the facial recognition login screen, which appears automatically be default, added a couple seconds to the boot time. Once removed, the average boot time was about two seconds quicker. 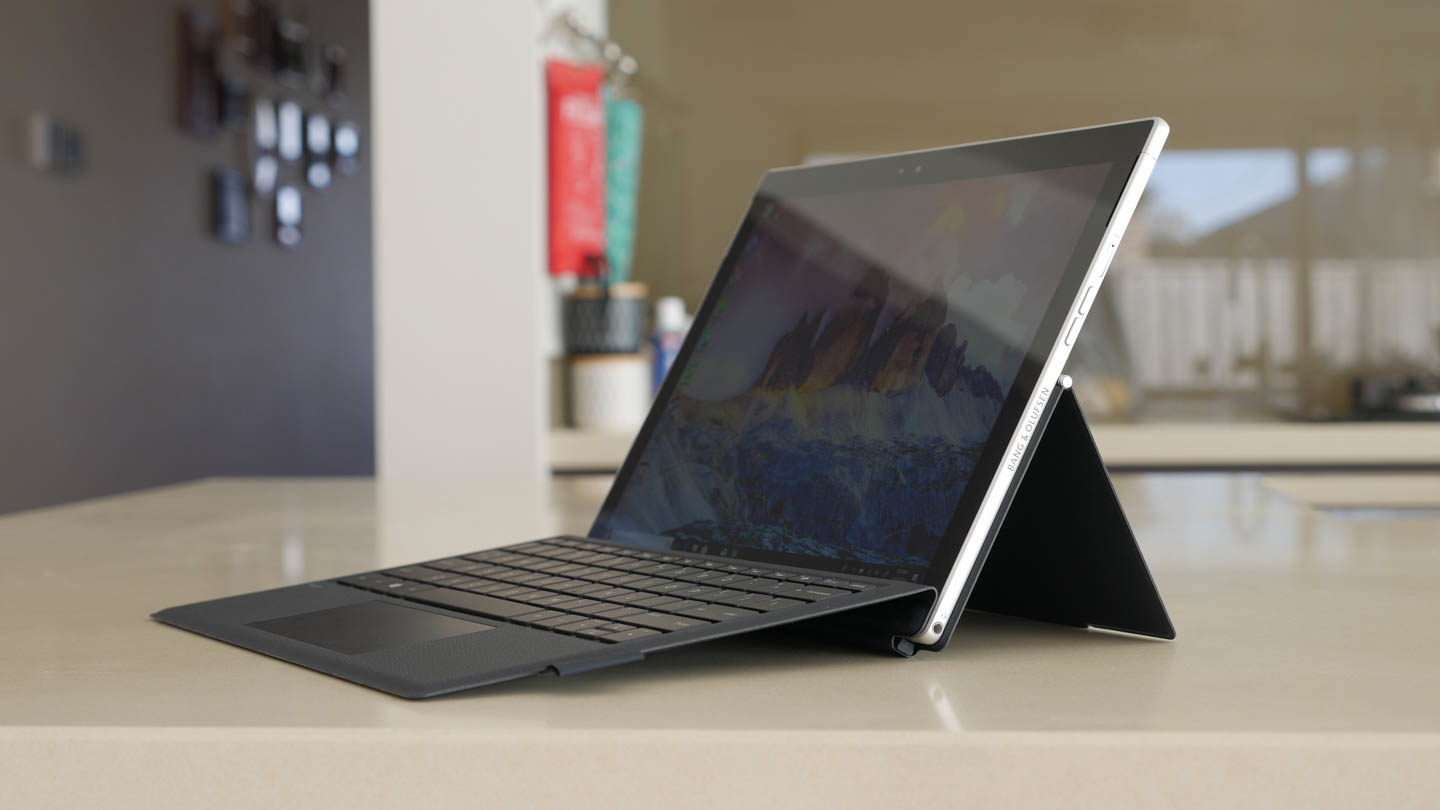 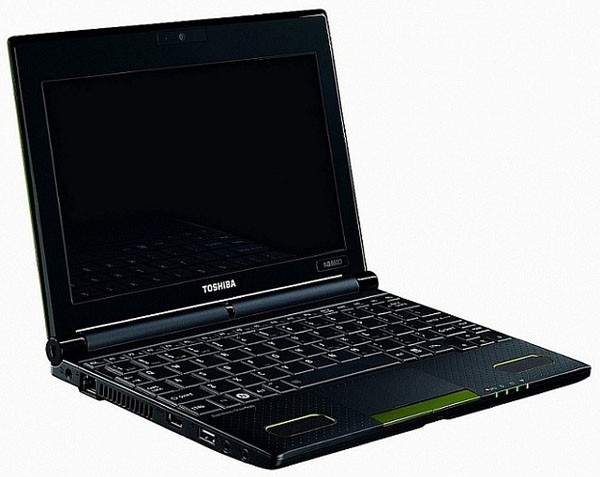