The new Cayman GPU is going to use more power than the Evergreen/Cypress designs, but how much? 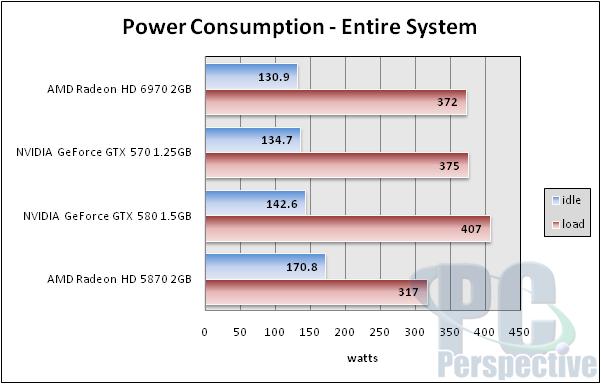 Our first result puts the HD 6970 on the same field as the GTX 570 in terms of power consumption and well ahead of the power needed to run the HD 5870.  While the performance on the HD 5870 is about 15-20% lower on average than the HD 6970, it does use about 50 watts more power!  That is a considerable amount – about 20% – and thus we are hesitant to believe AMD accomplished its goals of improving performance / watt. 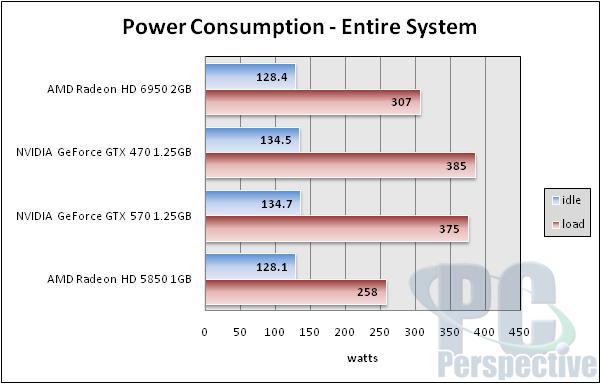 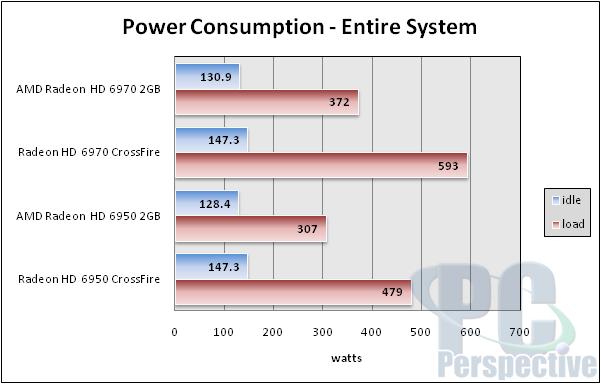 Our CrossFire results show that adding a second HD 6970 adds about 221 watts of power consumption while adding another HD 6950 adds 172 watts.  These levels are higher than the “typical gaming power” AMD listed but also below the maximum enforced by the PowerTune technology. 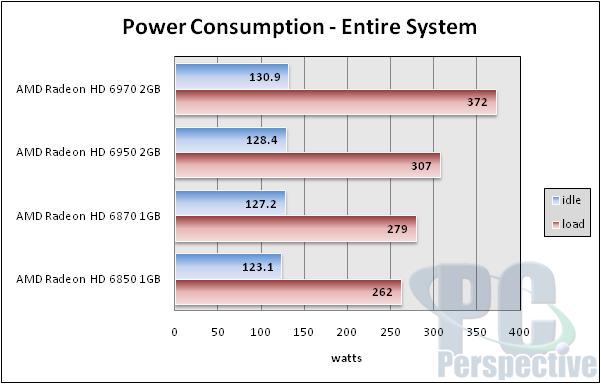 The new 6000-series definitely sees an increase in power consumption with the 6900 cards though the HD 6970 is definitely the outlier here. 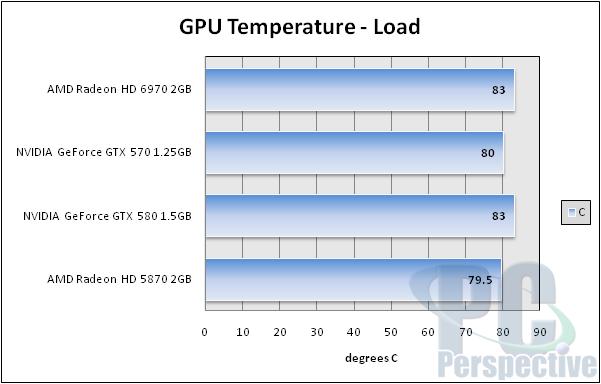 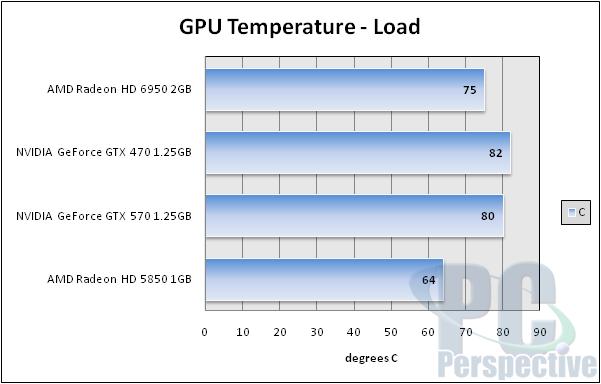 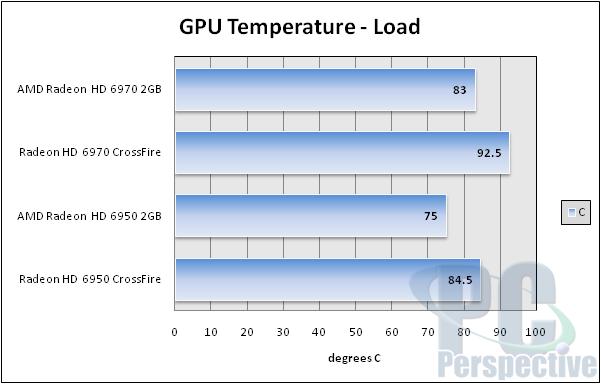 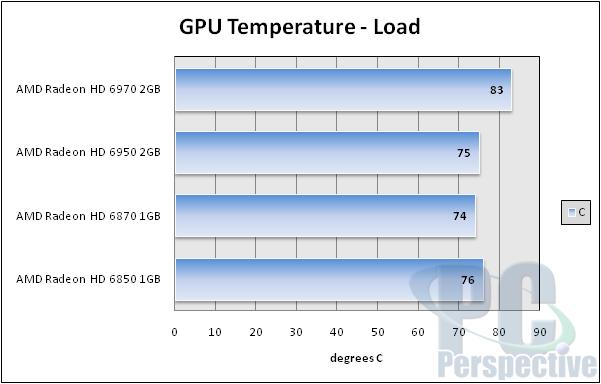 The HD 6970 shares the title of hottest running card with the GTX 580 here though the cooler is noticeably quieter – the HD 6950 runs cooler than the GTX 470/570 options as well.  These results are very indicative of the power consumption numbers above as well.  Keep in mind that when running in side-by-side CrossFire mode, the GPU temperatures heat up quite a bit!  We saw results as high as 92.5C and above on the HD 6970!