The Holiday Season Swings Around Again

December has come around again, and AMD is sprucing up their lineup with three new processors sporting a 100 MHz increase in clockspeed. The new AMD “King of the Hill” is the Phenom II X6 1100T, a Black Edition processor which incrementally increases AMD’s top performer. Along for the ride are the Athlon II X3 455 and Phenom II X2 565.

Is it really December already?  I guess that means it is time for another AMD speed bump.  It has been some eight months or so since AMD released their X6 processors onto the market, and the original X6 1090T has stayed at the top of the roost in terms of clockspeed for a six core processor, as well as overall performance on the AMD side.  In this time we have also seen a few jumps on the Athlon II side, and the Phenom II X2 products have been a welcome destination for fans of unlocking cores and overclocking to 4 GHz+ (all for around $100). 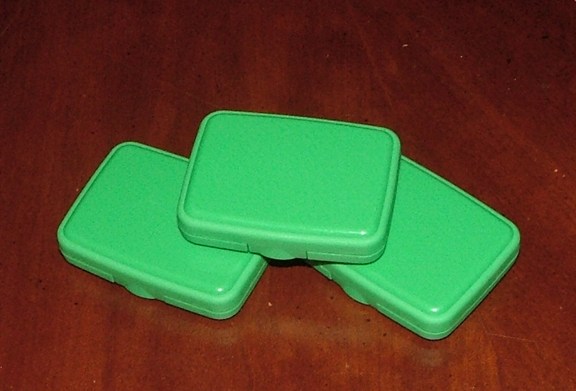 Three unmarked processor cases showed up on the doorstop.  Oh, what wonders await!

AMD certainly has not been standing still, but it is finally time to expand the high end of their product line to put a small dent in Intel’s upcoming Sandy Bridge release.  While the small clockspeed jump is relatively unexciting, the price aspect will certainly make some people sit up and pay attention.

The first and most exciting part of the release is the new Phenom II X6 1100T.  This is an unlocked 6-core processor running at 3.3 GHz standard, and up to 3.7 GHz Turbo Core.  This is a 125 watt part, which is still pretty impressive considering that GLOBALFOUNDRIES 45 nm process has been turning out processors for nearly two years now.  The 6 core die is pretty large, and running it at 3.3 GHz stock, and up to 3.7 GHz with 3 cores and staying under 125 watts TDP is a nice accomplishment.

Money is certainly important for most of us going into the Holiday Season, and AMD has given us a nice little break.  The X6 1100T is not being offered at $295 like the introductory price of the 1090T, but instead these will be selling for $265.  The extra $30 difference is pretty hefty considering the current prices of DDR-3 memory and midrange graphics cards.  That extra money can mean going from 2 x 2GB DIMMS to 2 x 4GB DIMMS at nearly the same speeds.  Or jumping from a GeForce GTS 450 to a GTX 460 768 MB.  Or since this is an AMD review, going from a HD 5770 to a HD 6850 (if you can actually find one at the MSRP).  The 1100T is a Black Edition part, so it ships with an unlocked multiplier. 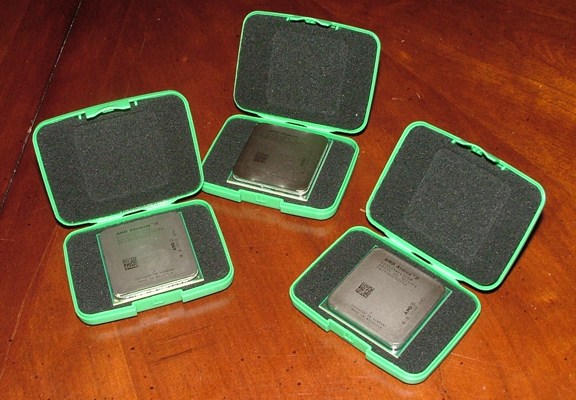 Like clams eagerly feeding on the effluvia deposited in Lake Erie, the cases open to reveal three new processors from AMD!


The release of the 1100T has also pushed down the prices of the other X6 products in the portfolio.  The X6 1090T is now at $235, and the slightly newer X6 1075T is at $199.  All of these are great deals, and considering how much better multi-threading is supported these days, the 6 cores likely won’t go to waste (unless a user only does word editing and watches Hulu/Netflix/Youtube online).  Photo editing, video editing, transcoding, gaming, and more productivity applications which require heavy lifting can actually stress out a 6 core chip.  Gone are the days of the Athlon MP when benchmarking relied solely on a handful of synthetics and Quake 3 Arena with SMP enabled.  The only real fly in the ointment here is that the i7 870 is competitively priced, and gives users a pretty compelling alternative to the AMD 6 core.