This latest iteration does something interesting as compared to the earlier 2010 version.  Basically it keeps the performance level on integer operations in both standard and MMX form nearly the same on Intel processors, but on the AMD side performance drops dramatically.  Still, this program is a solid place to begin testing. 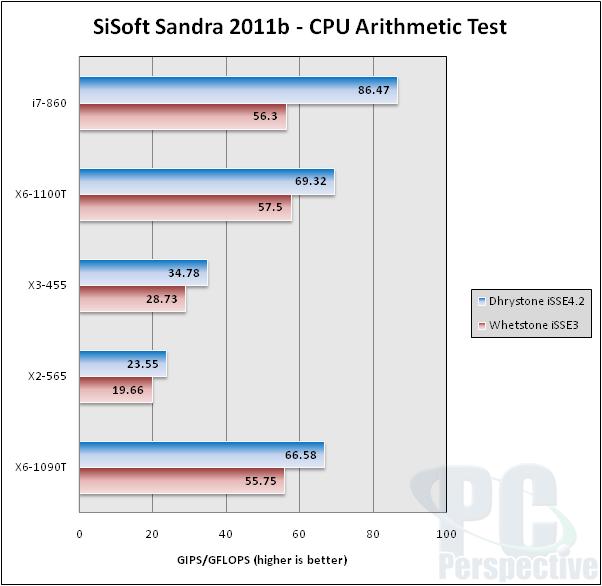 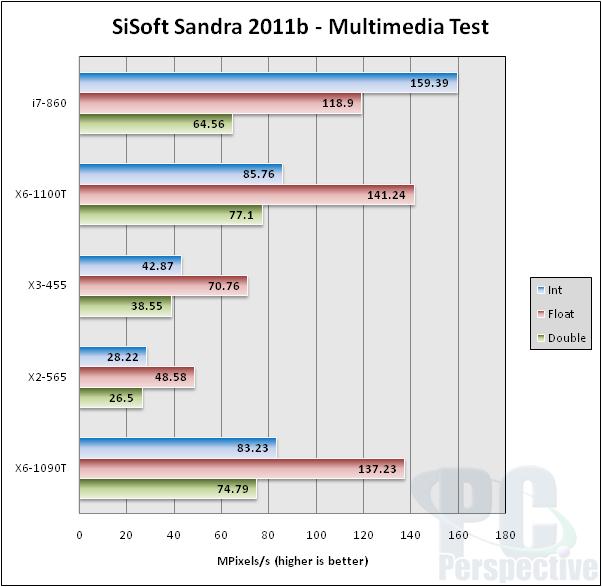 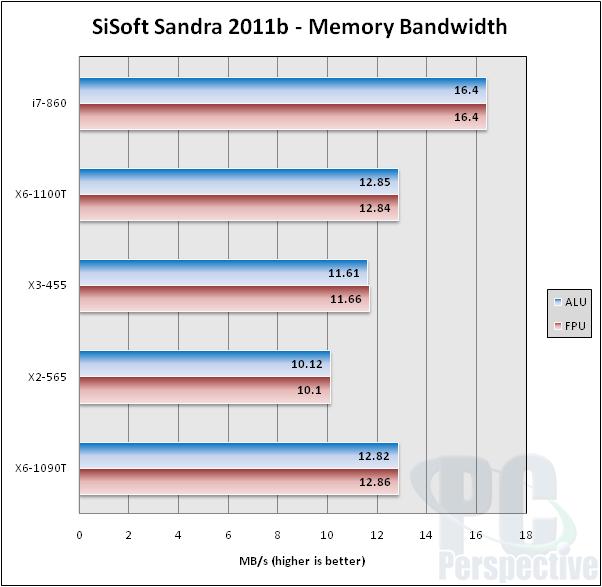 The AMD X6 parts are mostly competitive in integer operations, but they take a nice jump in floating point over the Intel part.  Intel also has a significant lead on memory bandwidth.  Both setups rely on dual channel controllers, and Intel has tweaked theirs to a much higher degree than AMD has.

This synthetic benchmark also gives us a good feeling where processors are sitting in a gaming environment, as well as when the CPU is stressed with as many threads as it can handle. 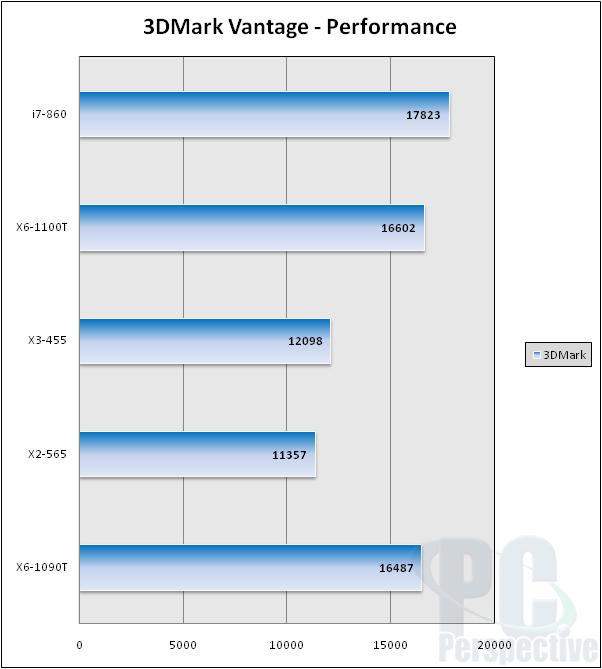 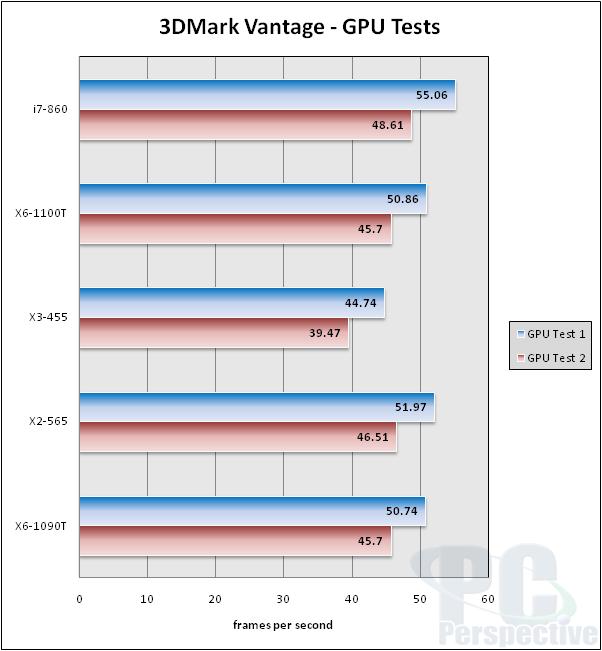 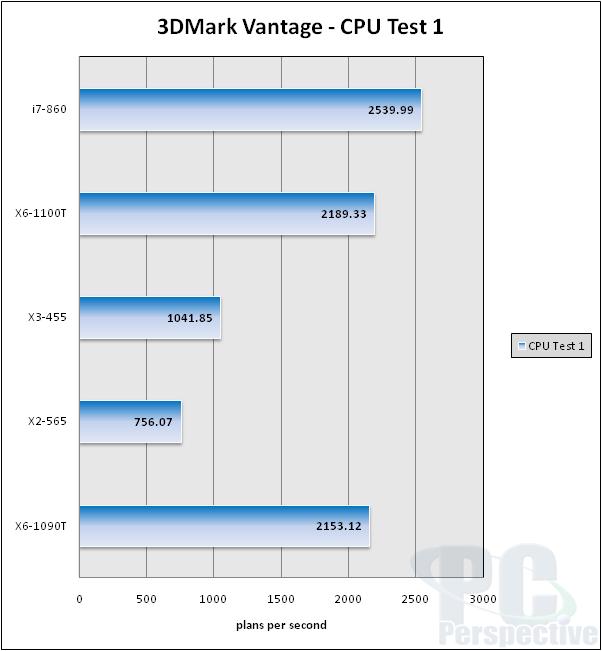 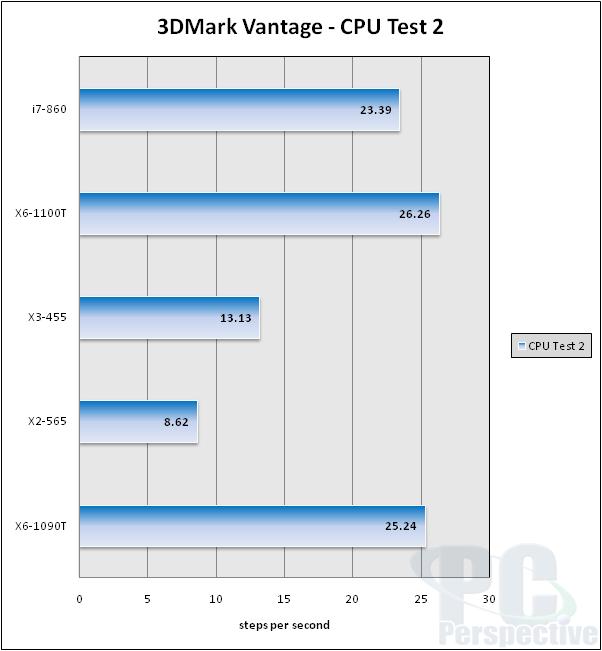 We see some interesting differences here.  In the gaming tests, the X3 455 is well behind, but the X2 565 leads the AMD bunch.  This is primarily due to clockspeed and the amount of available L3 cache per processor core.  The gaming tests are lightly threaded, but very reliant on large cache sizes per core.  On the CPU tests the greater amount of cores tends to win out.  CPU 1 is dominated by the Intel processor, while CPU 2 favors the AMD parts.