The ASRock 3D HTPC delivers exactly what it sounds like, as it ships with a GeForce GT425M GPU, though it seems that the nVIDIA 3D glasses must be purchased separately.  That is not the only selling feature, inside is a full Core i3 330M not an Atom processor and the backplate features 5 USB 2.0 ports, a single USB 3.0 port, LAN, HDMI, DVI, a powered eSATA port, five audio jacks and an optical S/PDIF output.  As far as Blu-ray capable HTPCs go it is rather expensive but very powerful.  Drop by Tech Spot for a look.

“Asrock’s Mini PC line has expanded with the recent introduction of the Vision 3D HTPC, by far their most ambitious model yet.

Asrock went back to the drawing board and came up with the Vision 3D series. This HTPC goes beyond what we’ve seen in the past packing both a powerful Intel mobile processor and a mobile Nvidia GeForce graphics part. Basic specs also include 4GB of DDR3 memory, a Blu-ray drive, 7.1 audio output, a pair of USB 3.0 ports, Wi-Fi n, a 500GB hard drive and gigabit LAN. 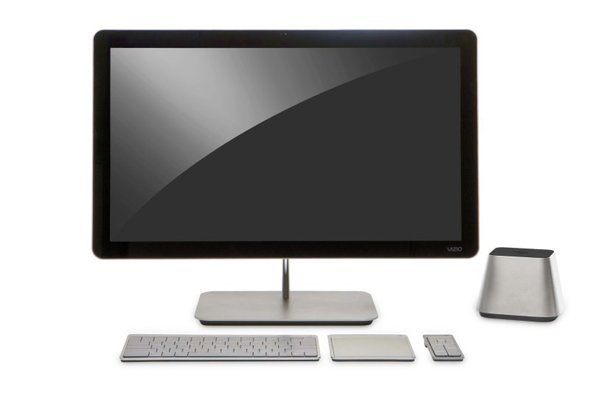