The back ATX plate is also an interesting conglomeration of ports and functionality.  There is no mouse port, which has caused great rejoicing everywhere.  There is still a standard PS/2 keyboard socket, as those are still quite common (even in my testing lab).  There are six USB 2.0 ports, as well as the two USB 3.0 provided by the NEC controller.  There is also the optical audio output, which of course does not support the HD audio codecs like DTS-HD or Dolby True-HD.  There are two e-SATA ports, one of which is powered.  The single Ethernet connection, the Firewire port, and the analog audio inputs/outputs round out the traditional elements.  Also on the back plate is a clear CMOS button, so the user doesn’t have to open their case and try to find the jumper in the case of an overclock gone too far.  The other button activates the ROG connect via the special USB connection by it.  It is not actually a general use USB port, but is the primary transmitter/receiver of information through the ROG Connect software suite.  The final portion is the Bluetooth enabled ROG Connect unit, which is a small additional card which plugs into the motherboard. 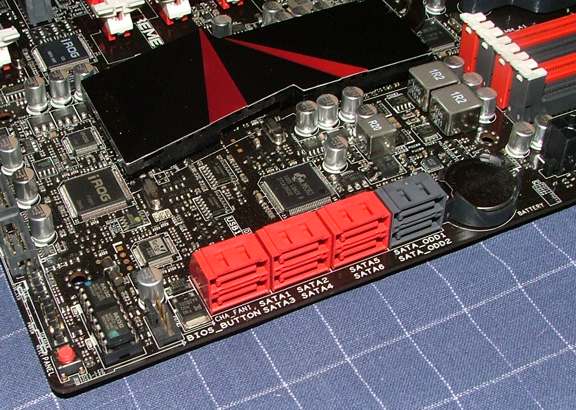 Six of the SATA-6G ports are powered by the AMD SB850 southbridge.  The other two SATA-2 ports use a JMicron controller for those duties.  Note as well the two BIOS chips at the bottom left corner.


The board has very good build quality, and it has been running constantly for over 2 months of testing and working on it.  The components do not seem to get too hot, and the overall physical setup of the board causes no real issues when it comes to spacing.  The northbridge cooler is a little close to the first PCI-E slot, but even with a card that has a backplate on it (such as the HD 5870) there were no issues of those components touching.  The dual BIOS chips can be programmed from within the BIOS, inside Windows, with a bootable BIOS utility, through a USB stick, and finally over ROG Connect.  Flashing the BIOS is not nearly the nerve-wracking experience it once was.

The BIOS is nearly identical to that of the Crosshair IV Formula.  In fact, the base code is identical to the earlier board.  I have been told that this board will never have a UEFI bios.  That would be a complete code rewrite, from the bottom up.  Apparently Asus does not feel that this is necessary for this board.  Asus does offer a “disk-unlocker” utility which allows the board to address 3TB hard drives.  It has every feature a user could want to tweak, plus the ability to save profiles of BIOS settings for later use.  It does not have the automatic overclocking feature in BIOS of the Formula, but again it really was not all that interesting to most users looking to run a maximum overclock by themselves. 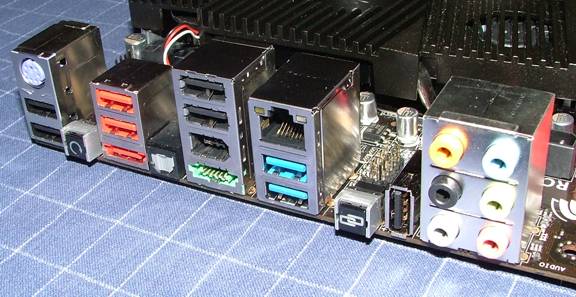 The back panel is about as packed as can be expected.  Note the clear CMOS button on the far left, and the ROG Connect button and port towards the right.


The bundle is impressive as well.  Not only does it have the usual array of driver CDs and SATA cables, but also a full copy of Kaspersky Anti-Virus and 3D Mark Vantage Advanced Edition (not the free download).  It comes with temperature probes, voltage probe adapters, ROG stickers, ROG Connect cable and software, the Bluetooth RC package, SATA cable labels, an extra USB/Firewire backplate, Crossfire cable, ATX backplate, and Q-connect blocks (which connect the motherboard to the power/reset/LED cables in the case).  This is a very hefty bundle, and honestly quite expected considering the $299 price of the board.

The manual for the board needs a lot of work.  It is somewhat incomplete, and for things such as which memory slots should be populated (which differ from board to board) to get dual channels enabled is not actually explained in the manual.  It was frustrating looking up a handful of things about the board, only to have them not covered.  Trial and error was the word for the day on the initial setup of the board.  Instructions on how to successfully install the Hydra software was also lacking.  Yes, the installation program was on the disk (and available online) but nowhere does it mention that if only one video card is present, then the Hydra software cannot be installed.  Because that piece of info was missing, I was scouring the BIOS to find where to enable Hydra so I could at least install the driver for it.  Once a second card is plugged in, then the Hydra software is allowed to be installed. 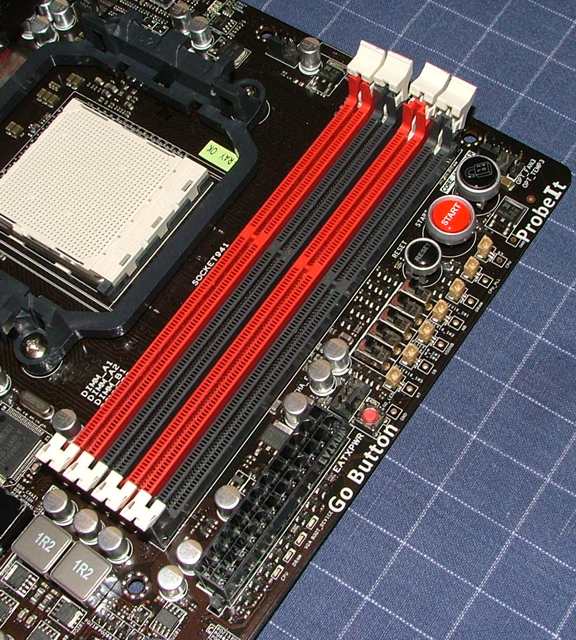 This is one of the more interesting portions of the board.  The seven voltage monitor stations are directly below the five dipswitches that power the separate PCI-E slots.  Probe It!  Harder!  Now show it to me!


While the software overclocking utility from Asus looks really nice, I much prefer the AMD OverDrive software suite.  The Asus suite does about as much, but there are a few more features in the AMD utility, such as Black Edition profiles for memory kits.  It is a little more stable and mature than the Asus suite, but the differences are fairly minimal.  If a user appreciates the look of the utility, and it does exactly what they want it to, there is no reason to use the AMD program over the Asus suite. 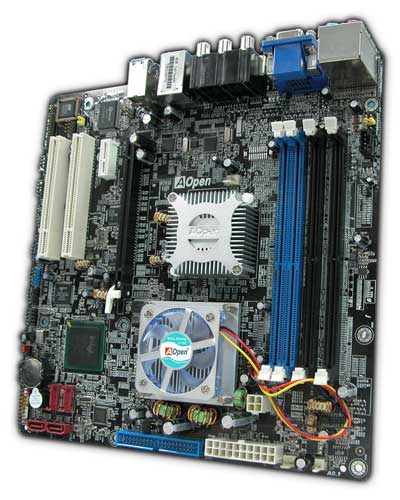 AOpen Shows Pentium M Motherboard based on the Alviso Platform