As mentioned earlier, the Hydra tests are going to be included in a separate article.  I have a total of 10 cards tested in a variety of configurations, showing differences in scaling from native Crossire, to Hydra, to multi-manufacturer results.  I compare this board to the MSI 890FXA-GD70 and the Asus Crosshair IV Formula.

Asus had to re-arrange the power circuitry to be able to fit everything on the board.  Solid caps and chokes all the way around.


Because the BIOS code base is nearly identical to the Crosshair IV Formula, do not expect any great shifts in performance with this part.  As more and more chipset functionality becomes integrated into CPUs, expect even fewer differences in overall performance from motherboard to motherboard in the future. 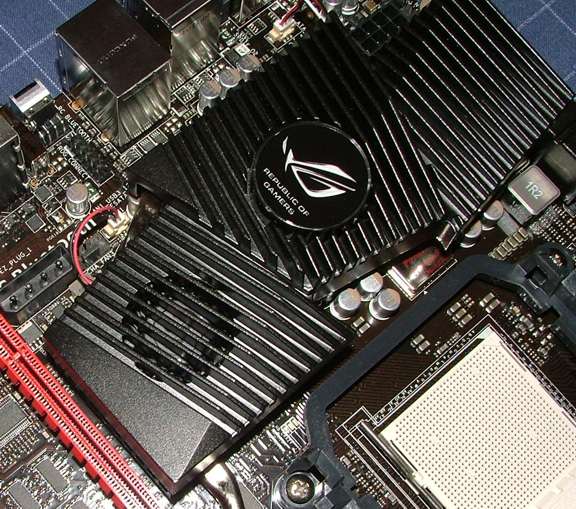 The northbridge/power cooler is a massive affair with a built in fan. 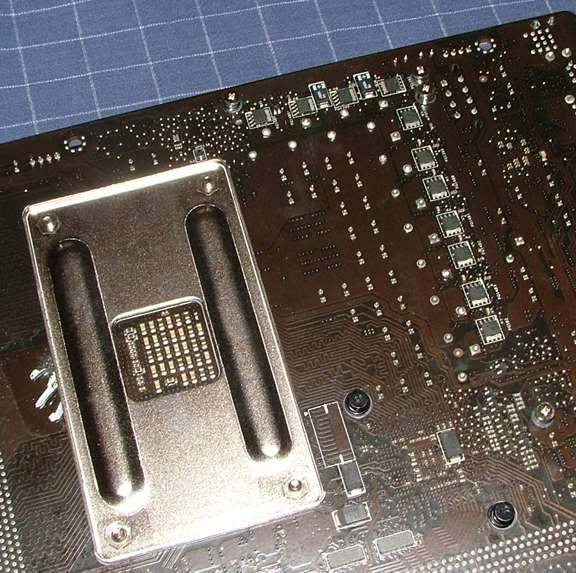 On the back of the board we actually see some of the power supply chips, which is due to the tight spacing on the front of the board.