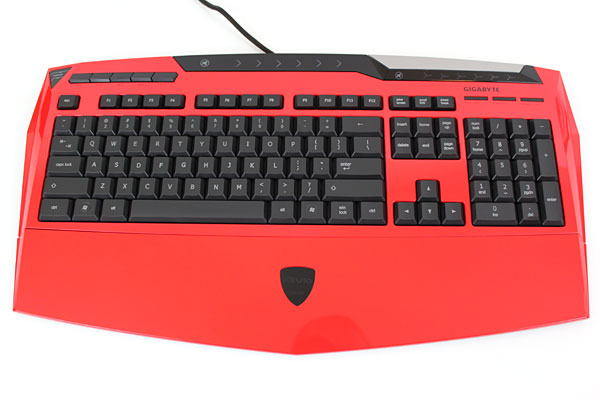 After getting the Aivia out of its retail packaging and in the photo studio, I got a great look at the paint job Gigabyte put on this fancy-looking keyboard. The Ferrari red color is shiny, bright, and highly reflective. This thing will definitely need to be cleaned periodically after it accumulates fingerprints and grease on the wrist rest. I checked Gigabyte’s website and the Aivia also comes in matte black and Lamborghini yellow too. The overall design is quite attractive and the layout is pretty standard aside from the macro keys and volume controls at the top of the Aivia. 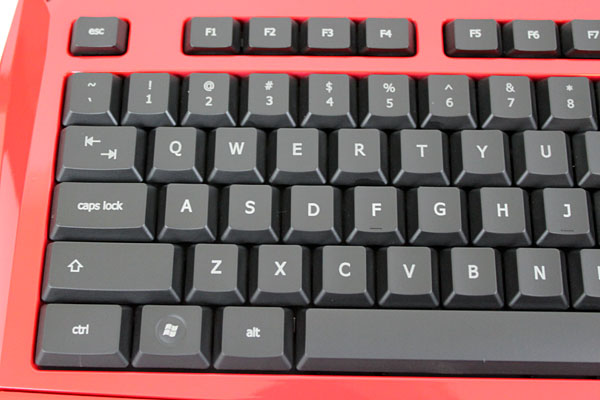 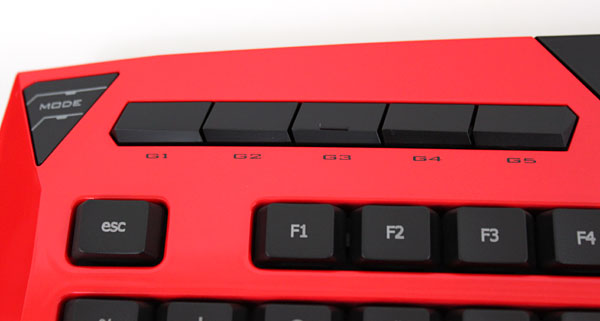 The mode button at the top left of the keyboard allows users to change to different profiles they sent up in the GHOST Macro Engine software. The five macro buttons shown above can be configured through the same software for different games and programs users work with on a daily basis.

One of the unique aspects to the Aivia is the touch and slide volume controls at the top of the keyboard. Users can change the volume by pressing on the far left or right of the volume controls to increase or decrease system sounds during gaming. They also included a touch mute button for added convenience. 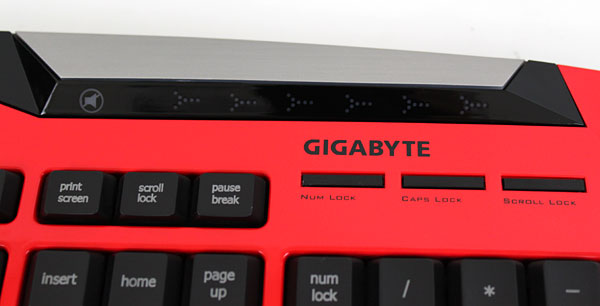 The top right-hand side of the Aivia has some of your standard buttons like the print screen, scroll lock, and pause break buttons, but Gigabyte also moved the number lock and caps lock buttons to their own row. I’m not sure why Gigabyte did this, but they put two scroll lock buttons at the top of this keyboard. Seems pretty redundant to me to have two of thee same buttons at the top of the keyboard. What do you guys think? 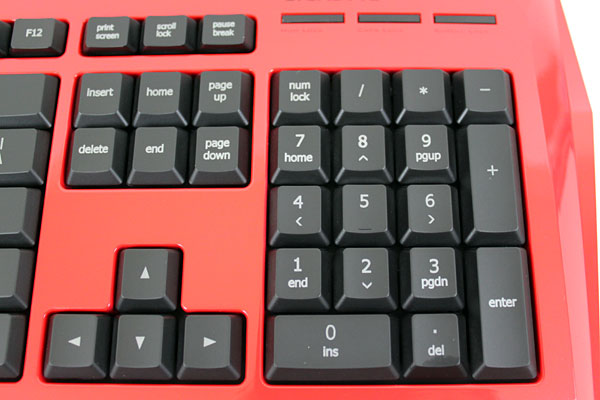 There is also a standard number keypad and arrow keys to give the board a familiar feel so the learning curve isn’t as extensive as with other customized keyboards. 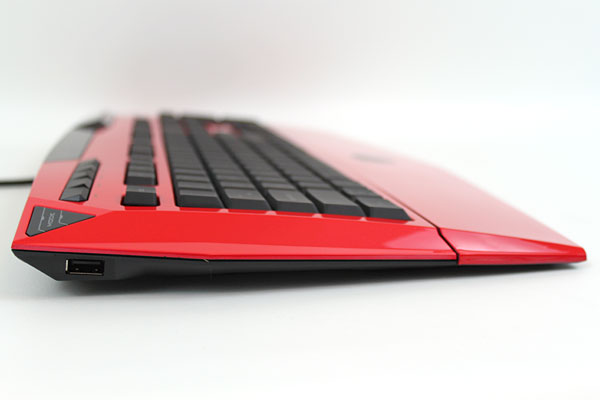 The left side of the Aivia includes one USB 2.0 port that can be used for a mouse or external storage drive. Users can also see that the wrist rest is detachable for those users who don’t need any support during gaming. 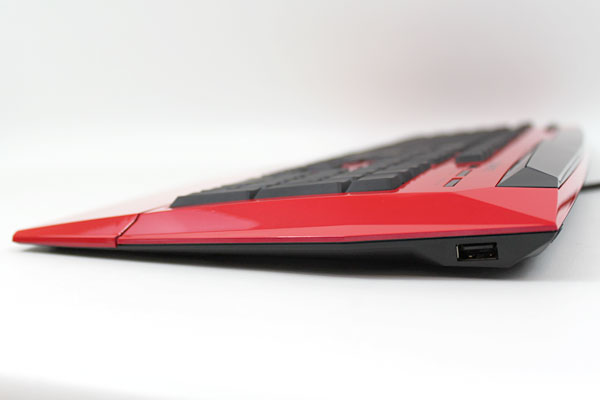 The right side of the Aivia also has another USB 2.0 port to connect smartphones and other USB devices. 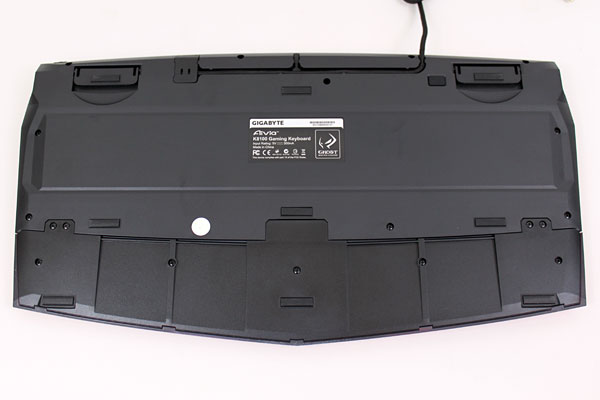 The bottom of the keyboard is very unique because of the large wrist rest, cable management lanes for the braided cord, and the expandable feet that create a more comfortable angle for users to type and game from. There are also several rubber pads to ensure the Aivia stays put during intensive gaming sessions. 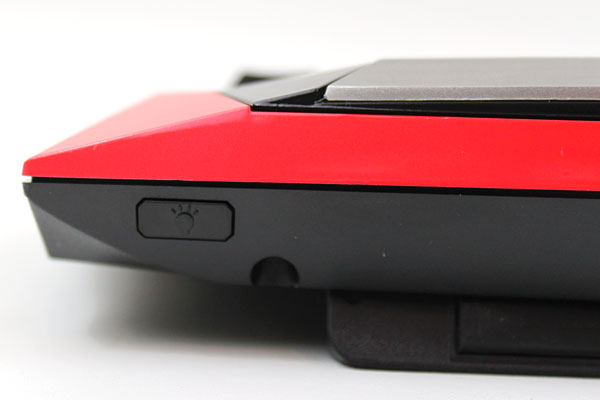 Lastly, the top of the Aivia has a small button to turn on the red LED backlighting. This is a nifty feature, but not well implemented because there are only options for turning the backlight on and off. It might have been better to put this button in a more prominent location and to give several options for different lighting configurations. 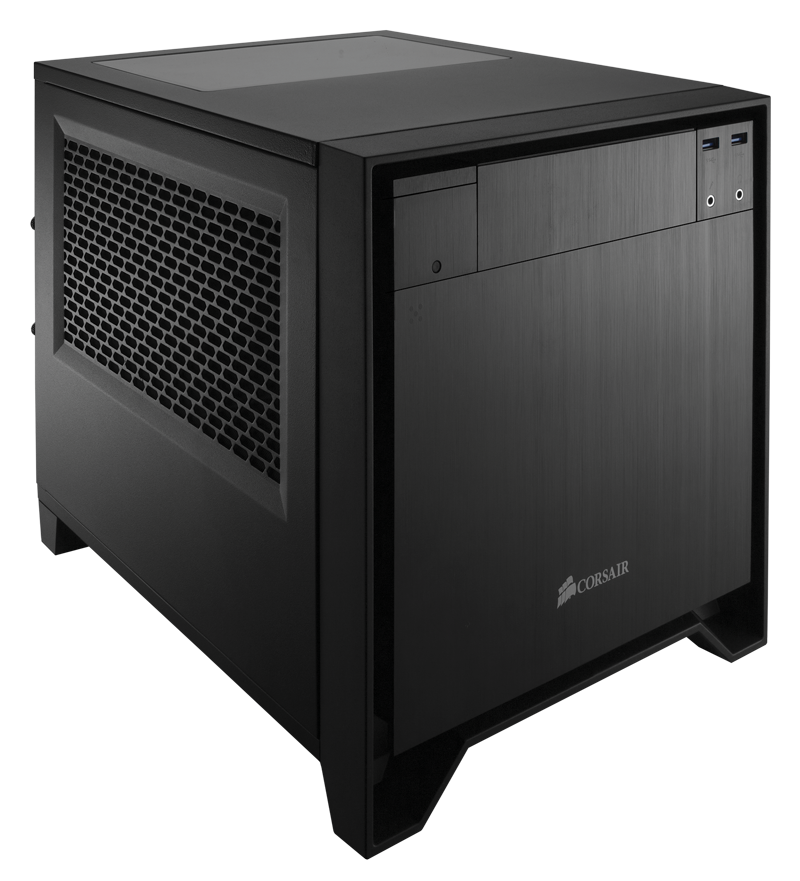