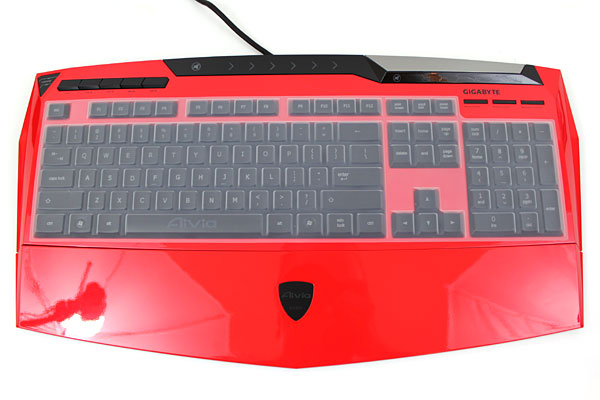 Gigabyte was very ambitious in creating the Aivia K8100 keyboard. They really wanted to entice PC gamers and enthusiasts who are looking for a unique blend of style and performance. They definitely hit the style button right on the head as this keyboard is the sexiest one I’ve ever had the pleasure of using. It’s sharp curves, glossy exterior, and unique touch-panel volume controls seems to create a futuristic design that will appeal to different consumer bases. The included silicone keyboard cover was also a nice touch and definitely good for gamers who set up their “LAN caves” in poorly ventilated areas where dust accumulates easily. 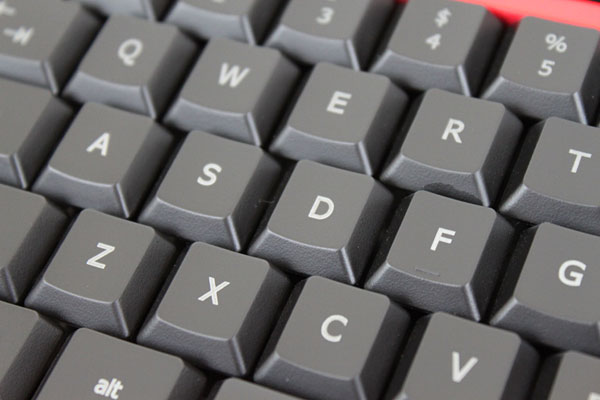 Gigabyte also went above and beyond calibrating different portions of the keyboard with varying elastic force for different tasks. I throughly enjoyed the responsiveness of the Aivia during gaming, but wished they macro keys were moved to the left side of the Aivia instead of the top so they were closer to the main keys I use in COD: Black Ops and other FPS games. The rubber keys took a bit of time to get used to, especially during basic PC functions like word processing and internet browsing. The location of the back light switch was also ill-advised and needed to be turned on every time I rebooted my computer. I think the back light should have stayed on at all times and let the user decide if they want it off or not. 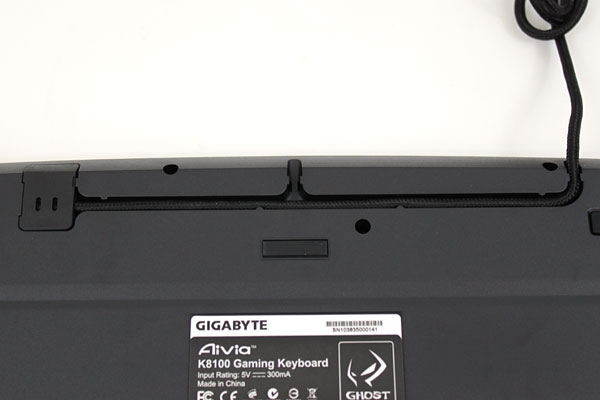 We’d like to thank our friends at Gigabyte for providing the K8100 Aivia gaming keyboard for our review today. This was their first attempt at building a PC gaming keyboard and overall I think they did a fantastic job. The exterior is unmatched in terms of design, but they did have a few missteps in the placement of the macro keys and backlight switch. The actual backlight itself seemed a bit too low for my taste and the keys were difficult to see with it turned off too. The volume control touch panel functioned properly and added a little more style to this already creative and unique keyboard.

The Aivia performed superbly during FPS gaming and the rubber keys were highly responsive to each keystroke as I noticed my kill rates grow from 10 to 15 kills per match. That’s a big jump in my book and I contribute that increase to the Aivia’s elastic force in my basic movement keys. I probably could have been a bit quicker if the macro keys were closer to the basic movement keys on the left side of the keyboard. Word processing was also a bit cumbersome at times because of the varying elastic force across the entire layout of the keys.

Overall, this was a wonderful experience and one Gigabyte should be able to build and learn from. The overall design and layout of the Aivia was executed well, but it lacked in terms of balance between being a gaming keyboard and basic keyboard used for word processing. I’m sure we’ll see several improvements in the next iteration of the Aivia gaming keyboard series.