Just as we predicted on our opening page, the new GeForce GTX 570 1.25GB card has very similar gaming performance to the first Fermi graphics card released back in March, the GTX 480 1.5GB unit.  With some many specifications in common, it just makes sense and users that are looking forward to upgrades this holiday season will no doubt love the idea of getting $400+ gaming performance for $349 or less. 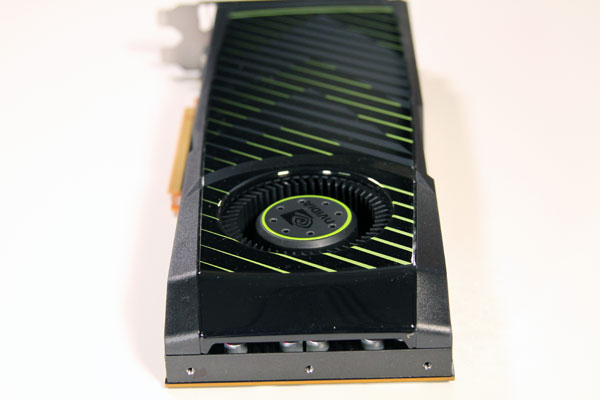 Speaking of the AMD offerings, the truth is that the HD 5870 2GB card just can’t compete in the games that really matter: Metro 2003, Lost Planet 2, Bad Company 2, etc.  The Radeon HD 5970, the dual-GPU variant that is the only card faster than the single HD 5870, is still $499/469 and not really in the same field as the GTX 570.  At this point it seems pretty obvious that AMD needs something in the 6000-series faster than the HD 6870 and it looks like we might see it sooner rather than later.


There aren’t really any feature changes going from the GTX 480 to the GTX 570, so everything remains the same.  You still have support for NVIDIA-exclusive features like CUDA applications, PhysX features in a few games and 3D Vision support for gaming with active shutter glasses.  If you want to take advantage f Surround support (gaming on three panels) you are still required to use an SLI configuration to get the job done.

Check out the features section of this page to get the full run down.

The NVIDIA GeForce GTX 570 is a great performer in the market it is addressing and is much more efficient use of your money when compared to NVIDIA’s own GeForce GTX 580 card.  Is 15% additional gaming performance worth a 50% price increase?  I would wager not but for some people, only the best will do.

AMD’s once-dominant lineup of graphics is starting to look pretty weak when matched up dollar for dollar.  A much needed bump and refresh is needed to put some life back into things this winter.


The GeForce GTX 570 doesn’t bring anything really new to the table in terms of graphics technology but it does bring performance that was once only available to $430+ options to a new, lower price point of $349.  The GTX 570 also runs cooler and quieter than the GTX 480 giving NVIDIA yet another reason to go ahead with this upgrade.  If nothing else, NVIDIA’s latest iteration in their DX11 series of GPUs continues to pin AMD against the wall and gamers looking for an upgrade in this price range will be pleased with the results.