2010 was a tremendous year in terms of graphics. We saw both leading companies flesh out all of their DX11 offerings, and there were some distinct surprises and disappointments from both companies. 2011 looks to be a different beast, but as we head into the new year let us take a look where the two giants stand in terms of desktop graphics.

As 2010 winds down, I thought I would take a quick look at some of the goings-on that are happening in the wonderful world of PC graphics.  This has been a pretty fascinating year all around, and we have seen the definite resurgence of AMD as a top level graphics producer, as well as something of a rebirth for NVIDIA after missing the first portion of the DirectX 11 train (not to mention their slow demise as a chipset provider).

While AMD was first to provide DX11 offerings at all the major price points, the story of the year really had to be the NVIDIA GTX 460.  While NVIDIA recaptured the high end with the GTX 480 GPU, it had enough downsides in terms of price, heat, and power consumption that it was not necessarily the favorite part in that price range.  It still beat up on the HD 5870 in most applications, and was competitive against the higher priced (and lower availability) HD 5970.  On the other hand, the GTX 460 was truly a groundbreaking part.  Initially offered at prices ranging from $199 to $229, this was a card that redefined midrange performance at a very attractive price point.  On the AMD side, the HD 5770 and HD 5830 just could not compete well against the juggernaut of the GTX 460.  The HD 5770 was significantly slower, but still was available at a slightly lower price point than the GTX 460 768 MB edition, and the HD 5830 was relatively power hungry with mediocre performance as compared to the full 1GB version of the 460. 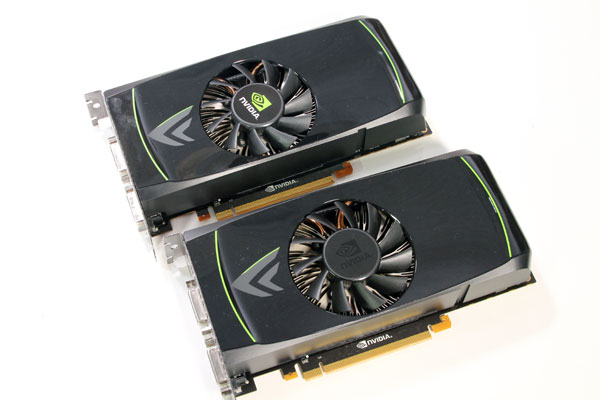 While many users were disappointed in the price/performance ratio of the HD 5770 from AMD, there were no complaints when the GTX 460 hit the scene.


Though the GTX 460 was released “way back” this past summer, it is still a hot seller.  Recently there have been single day specials of GTX 460 768 MB parts that have reached as low as $89 after MIR.  If a user has an older DX10 (or below) card, it is well worth their time to take a good look at the GTX 460.  It would be a significant upgrade for users running products such as the GTX 260/GTX 270 products and below on the NVIDIA side, and the HD 4800 series and below on the AMD side.  The AMD HD 6850 is a decent competitor to the GTX 460, but it is often still higher priced than the GTX 460, and of comparable performance in most applications.  Throughout the next few weeks we can expect to see more “specials” on GTX 460 cards, as there are a ton of them to clear out before we see the rumored GTX 560 hit the streets next month.

When we take a look at the next step up, we see some interesting matchups.  The HD 6870 is competing against the GTX 470, and both stack up right around the $249 mark in most cases.  We see a few outliers on both sides of that number, but if I were a consumer at that price point, it would be a tough decision to choose between either of these parts.  The GTX 470 seems a bit faster, and comes with more memory.  The HD 6870 has the interesting Eyefinity connectivity options, as well as running cooler and quieter than the GTX 470.  It is a tough matchup at a very important price point.  We also see the last generation HD 5870 intrude upon this price point, and it could be an interesting option for those looking to either get a 2nd card for CrossFire, or at the very least just get a previous high end DX11 card at a competitive price.  It is a tough decision as it does not have a few of the features of the HD 6870, but is faster than that card as well as the GTX 470. 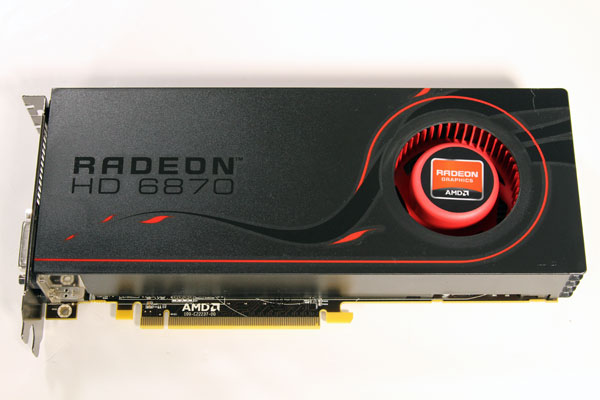 Expectations that the HD 6870 would be a generational leap over the HD 5870 were totally destroyed by its actual performance.  While it is a good card, many feel that it is deceitful considering the HD 6870 is not faster than the older HD 5870.


The next price point is interesting to AMD as it has no competition from NVIDIA.  The HD 6950 exists in a class of its own, and with recent articles showing that a 6950 can be successfully flashed to a HD 6970, these cards are looking even more appealing than before.  At $299, it is a top notch performing card that is just a hair away from being out of reach financially for most users.  It really makes sense that both AMD and NVIDIA are technology “pushers” and often get users to pay more than they originally expected to.  How often have we set our sights on a pricepoint, only to think, “Gee, for just another $30 I can get something that is X% faster” and once settling upon that product another option becomes available for “just a few dollars more.”  The HD 6950 does outclass the previous HD 5870, HD 6800 series, and the GTX 470.  The addition of the 2GB of frame buffer is another interesting wrinkle as we see some current games utilize over 1GB of data on the video card at higher resolutions and quality settings.  There are a few that actually go over the 1.28 GB that the GTX 470 and GTX 570 share.  For those worried about flashing the BIOS on the HD 6950 should at least be comforted by the thought that AMD included a dual BIOS functionality for the card.  If a flash goes bad, or the results are not a success, then it is very simple to switch back to the original BIOS and restore it.

The next jump up sees the GTX 570 competing very successfully with the HD 6970.  Both cards are within $20 of each other, and their performance is generally well matched.  The HD 6970 does have the larger 2 GB frame buffer, as compared to the 1.28 GB of the GTX 570.  Perhaps the best aspect of this particular matchup is that both are well represented in terms of products.  Currently there are quite a few GTX 570 and HD 6970 boards available from multiple manufacturers, and their prices are holding steady so far.  Enthusiasts looking for a top performing card at a still somewhat reasonable price should probably look no further than these two products.