One of the first things we want to see is how well this PSU can regulate the DC outputs and maintain stable voltages.  To simulate real world and maximum loading conditions, the High Current Pro series 1,200W PSU was connected to the load testers and supplied with a constant 115 VAC.  In this test we are interested in seeing how well a PSU can maintain the various output voltages while operating under different loads.

The following tables list the DC voltage results for the PSU while operating on 115 VAC, 60 Hz.  Six separate loads were used for the combined +12V outputs but only the values for the +12V1 output are reported as they were all virtually the same.

The PSU maintained excellent load regulation on all of the outputs across a broad range of loads; even when delivering the maximum rated capacity of 1,200 watts DC power.  The +12V outputs were exceptionally good staying within +/- 2% of the nominal voltage.  Outstanding!

The Line Regulation test was performed with the combined DC loads set to 900W.  The AC input voltage to the power supply (via the Extech power analyzer) was adjusted using a Powerstat variable autotransformer.  We observed virtually no measurable change in the DC outputs; again very good.

The HCP-1200 PSU had no problems handling our cross-loading tests.  In the first test we put a heavy load on the +12V outputs and a light load on the remaining outputs.  Even with this large imbalance, the voltages all stayed well within spec. 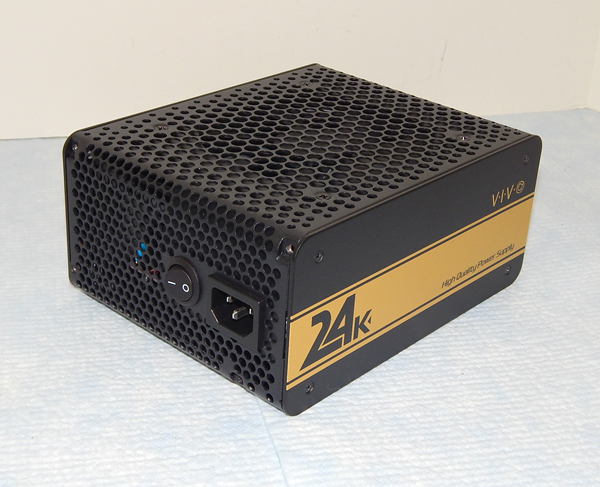 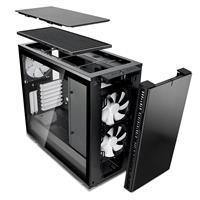