Installation of the Galaxy GeForce GTX 460 WHDI system with your TV or display really couldn’t be much easier.  After putting the card in your PC and attaching the five antennas, all you need to do is plug in the power for the external receiver box and plug an HDMI cable from it to your TV/display.  With the TV on, power up the PC and you can start working right away with just a couple of notes. 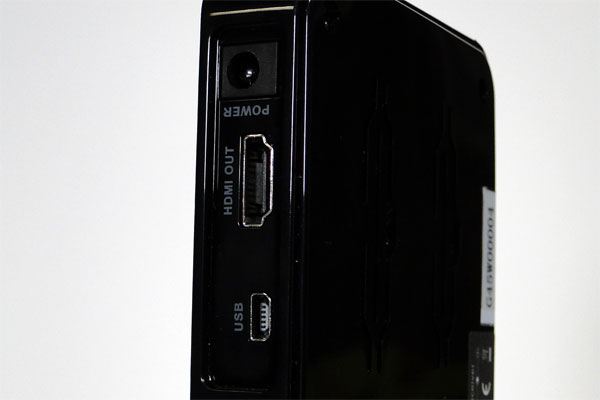 First though, notice the USB connection on the back of the Galaxy receiver box?  That is for firmware updates as well as connecting a keyboard/mouse combination locally that will allow you to control the computer in a different location (the whole point of wireless really) with the USB data being sent back to the PC through the graphics card.  Then, using that second USB cable we showed on the previous page, you run a connection from the USB port on the back of the WHDI graphics card to a USB port on your PC.  Pretty slick solution!  The problem is that this solution is coming “soon” and isn’t available today.

The only minor hiccup with the Galaxy WHDI card is that the pairing between the transmitter and the receiver isn’t instantaneous.  This means that sometimes the BIOS and POST screens won’t show up while booting the computer, even though you can still access them. 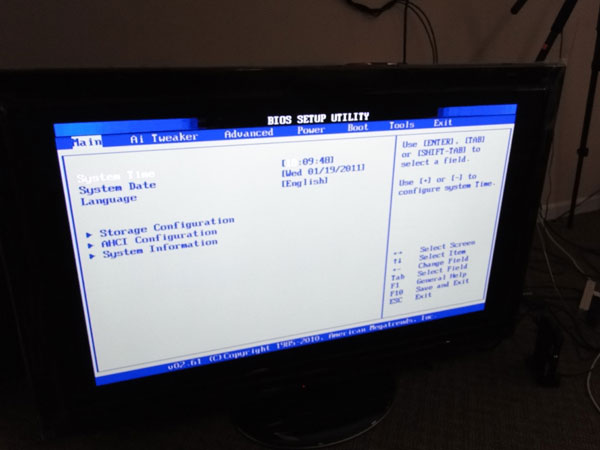 If you hit the Delete button (or F2 or whatever) while booting though, after the video syncs up you are still able to access the same settings.  In my experience the sync process took anywhere from 1 second to 10 seconds depending on how long it had been since the last connection.  A bit of a nuisance but nothing that really kills the deal for us.

Once you are in Windows and get a driver installed (we used the latest available NVIDIA.com driver) there is really nothing unique about what is going on.  The system and driver see it in just the same way as a hardwired display. 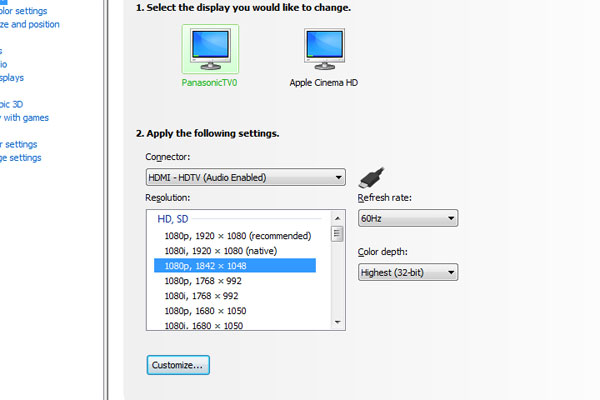 Here you can see that the resolution configuration is identical to what we would see if we had connected the TV to the computer with a physical HDMI cable.  If the TV doesn’t have built-in overscan correction you can do so manually via the driver, as we did here converting the 1080p signal to an 1842×1048 resolution to access the entire desktop. 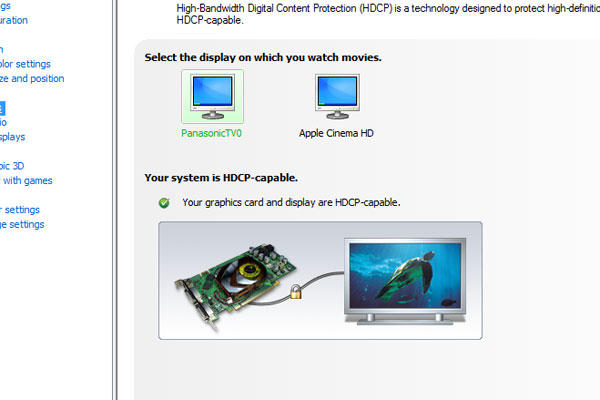 HDCP was working without a hitch as well – this is the major benefit of using uncompressed video output from the WHDI standard.  In our testing we had no problems playing back DVDs and Blu-rays through standard PowerDVD software.

Look, let’s be honest, the GTX 460 has been tested to death here at PC Perspective and there is no reason to repeat as many performance benchmarks as we usually do for a new card, overclocked settings or a new GPU architecture.  Instead, with the Galaxy GTX 460 WHDI installed in our normal test bed, we hooked up our monitor and ran a handful of tests just to make sure things were copasetic. 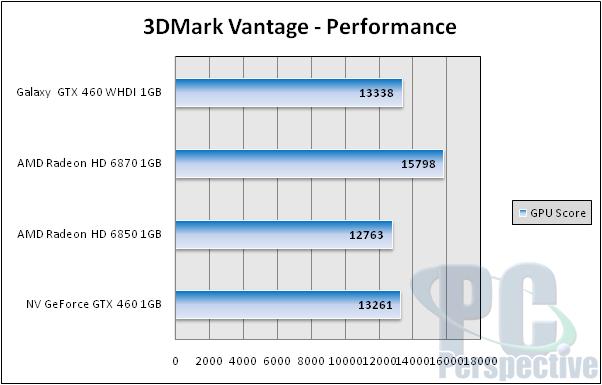 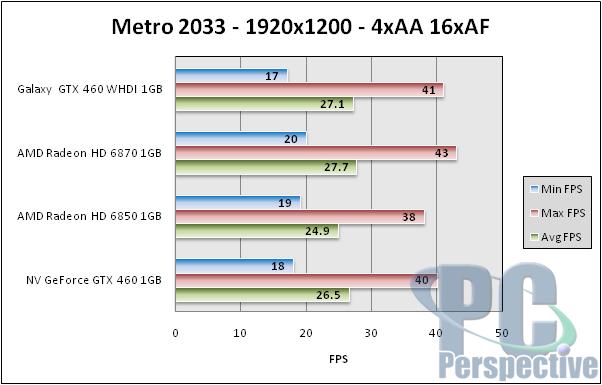 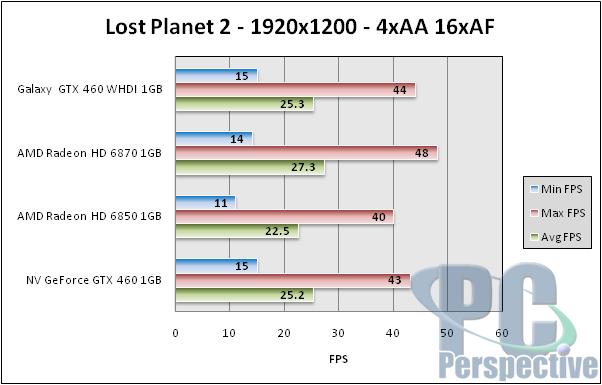 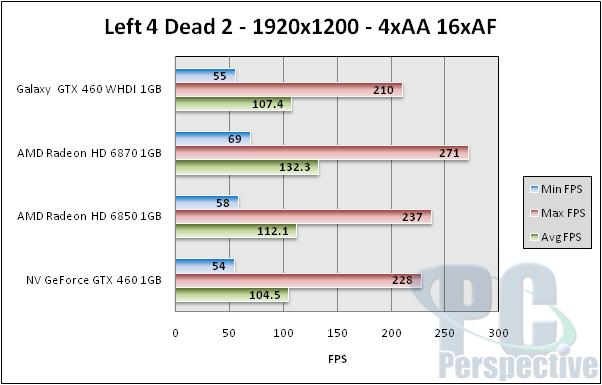 That should settle that – the performance of the Galaxy GTX 460 WHDI 1GB card is pretty much identical to that of any other version of that GPU with the same clock speeds.  If you plan on gaming at 1080p resolutions then you should have no problems getting acceptable frame rates in modern games; though titles like Metro 2033 and Lost Planet 2 shown above will likely need a slight image quality setting drop to get closer to that 60 frames per second mark. 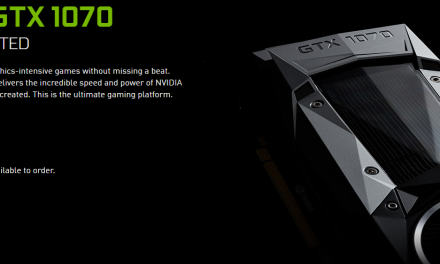