Galaxy might still be a lesser known graphics card vendor in the US but they are still pushing the envelope as far as or further than anyone else today. The GeForce GTX 460 1GB Razor card is the first and only air cooled single slot option on the market with this gaming power. Is it worth the added cost though? That depends on your configuration and our review!

The world of graphics cards has almost exclusively fallen into the world of dual-slot cooler designs – even the lower end options like the GTX 450 from NVIDIA and the HD 6850 use dual slot designs.  It is a change that some have disdained as unnecessary and indicative of the overly expand power consumption of GPUs in general.

Back in November of 2009, Galaxy released a single-slot design of the GeForce GTX 260+ – the first of its kind and it helped set it apart from the crowd.  In fact, even as recently as a few months ago I have gotten requests to sell this board as users are constantly on the lookout for a single slot solution for HTPC builds, SFF boxes, etc.

Well Galaxy is here to satisfy that need once again with a new single-slot graphics card in the form of a GeForce GTX 460 1GB and I think most users will find the results pretty impressive.

The Razor brand continues here and we are seeing the world’s first air-cooled GTX 460 card, running at reference speeds. 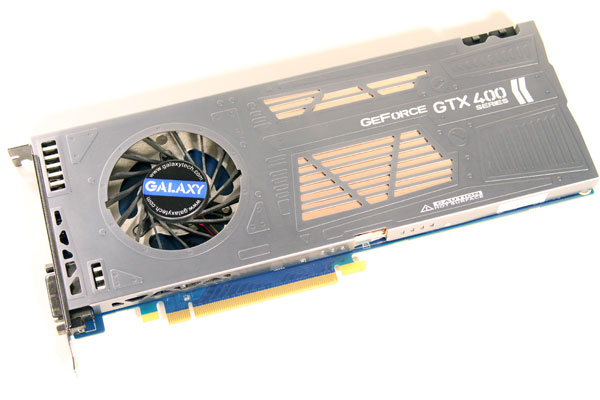 The PCB is longer than your standard TX 460 and the weighting is different than you might expect having held other cards.  Because the heatsink is not in the same location centered over the PCIe connection, picking it up tends to throw you off.  Once installed though, it’s not an issue. 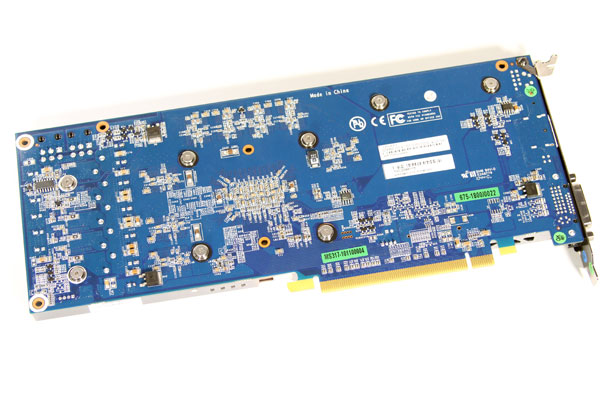 Look at the back of the card you can see the screws surrounding the GPU. 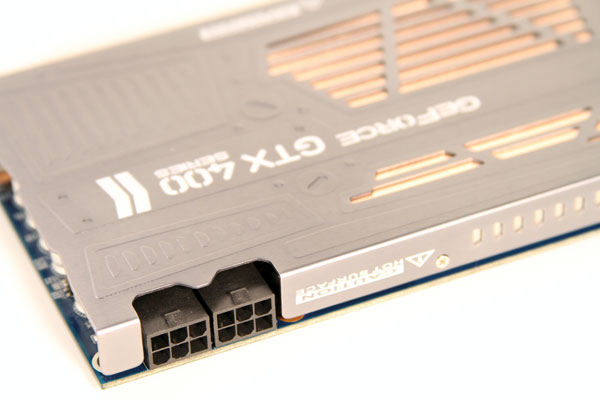 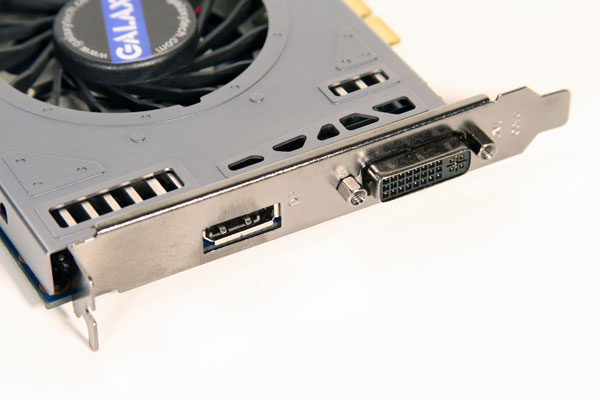 Because the singe slot back plate creates some issues with connector spacing, the Galaxy card only includes a single dual-link DVI connection and a DisplayPort output.  While I am glad to see the DP output for better connectivity with new and future monitors, I think the lack of an out-of-the-box DVI/VGA dual monitor capability is a knock on the card. 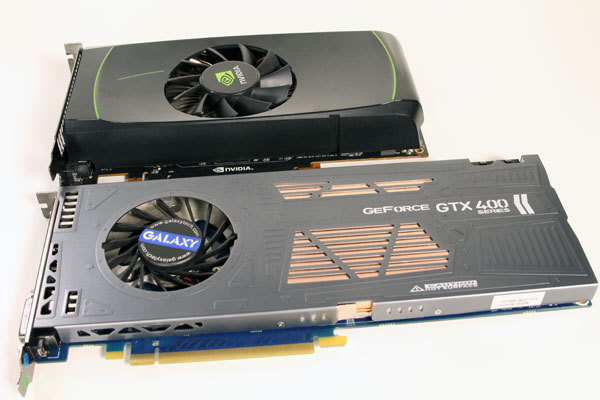 Putting the Galaxy GTX 460 1GB Razor next to the reference GTX 460 card from NVIDIA really demonstrates the different dimensions required for a properly cooled single-slot design.  The PCB is notably longer, the fan is about the same size but the hot air actually is deposited back into the case 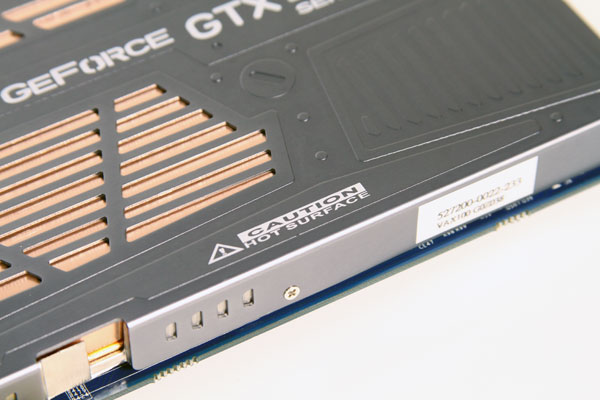 Because the heatsink is so close to the aluminum cover for the card, Galaxy does warn that the surface could be hot to the touch – and this is the case after even modest gaming periods.