AMD has been making promises about the future of our computing lives revolving around this thing called “Fusion”. We previewed the world of the AMD Brazos platform late last year and now we have our first retail notebook based on the Zacate processor, AMD’s E-240 single-core APU. Does the Toshiba C655D-S5126 live up to the hype of the last 18 months?

It was November of last year that we first were able to talk about the real-world performance of the AMD Ontario/Zacate APUs in a preview piece.  In that article we were looking at a reference platform that AMD was using to show off platform performance to OEMs and partners and we were immediately eager to get our hands on some retail options built around it.  We do have a Zacate mini-ITX motherboard in-house (being tested now) but just this weekend we found a Toshiba Satellite notebook for sale at Best Buy with a single-core variant.

The machine specs are a bit odd at first glance: single core Zacate APU with a 15.6-in screen.  But the price makes it all make sense as I bought it for $349!

We are going to be doing a complete review of this machine in the next 10 days or so but before I ship this out to Matthew for that more detailed analysis, I thought I would spend the evening with the machine and take some photos and give a bit of a preview on our thoughts.

First things first, the obligatory specifications list, courtesy of the page at BestBuy.com:

The numbers make this machine look much like other sub-$500 notebooks we have looked at before with 3GB of system memory (shared with the graphics processor on the APU), a good sized 5400 RPM 320 GB hard drive, 5.5 lbs weight with a 6-cell battery, etc.  Other than the inclusion of the brand new AMD E-240 processor, the Toshiba Satellite is pretty unassuming. 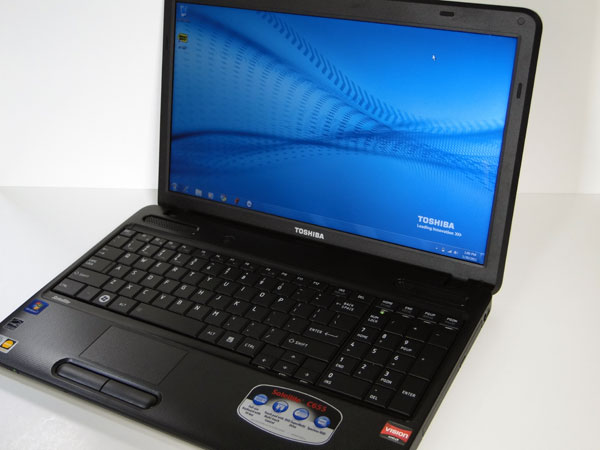 The appearance of the Toshiba C655D is just as unassuming as the specifications with a flat black design and completely plastic exterior.  The keyboard is pretty nice actually if you like a tactile feeling to your typing and withe the 15.6-in display size you get the added benefit of the number pad as well.  The touch pad is pretty small and mouse buttons are overly stiff, but overall, after doing some writing on the machine, it’s not at all uncomfortable to work on. 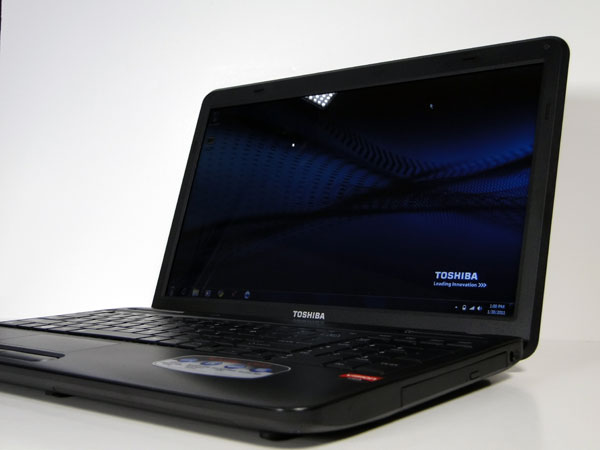 As you would expect for a $350 notebook, the screen isn’t that great in terms of the viewing angle – you can clearly see that from the image above.  From a straight on view I was more than satisfied with the 1366×768 resolution screen. 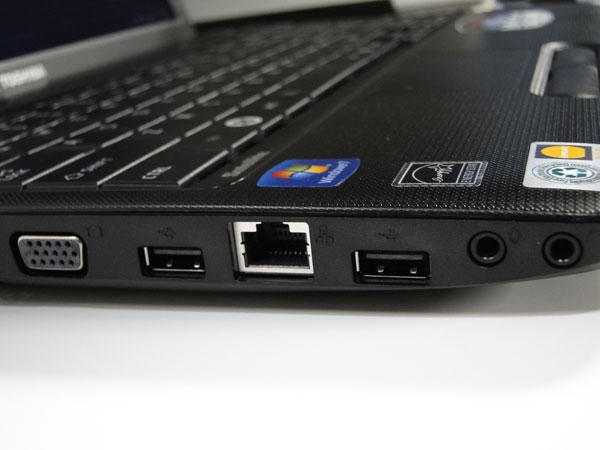 The connections on the left side of the machine include a VGA output, two USB ports, a Gigabit Ethernet port and audio jacks as well.  Pretty standard here and no eSATA or USB 3.0 to be found. 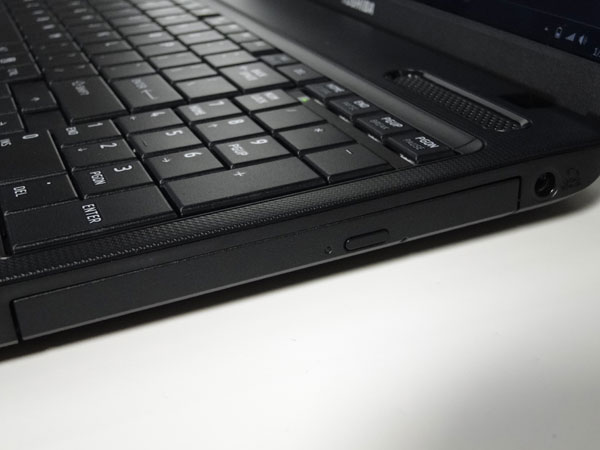 The power input and DVD+RW drive are located on the right hand side of the keyboard. 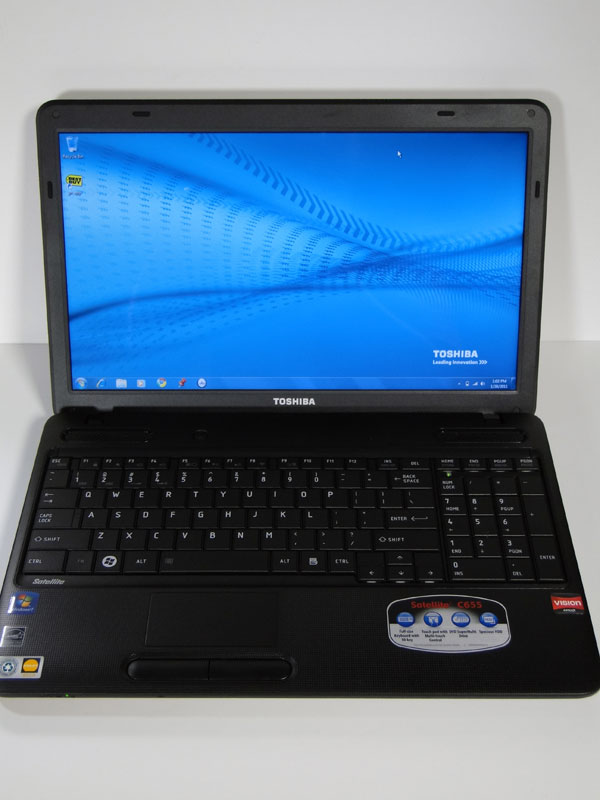 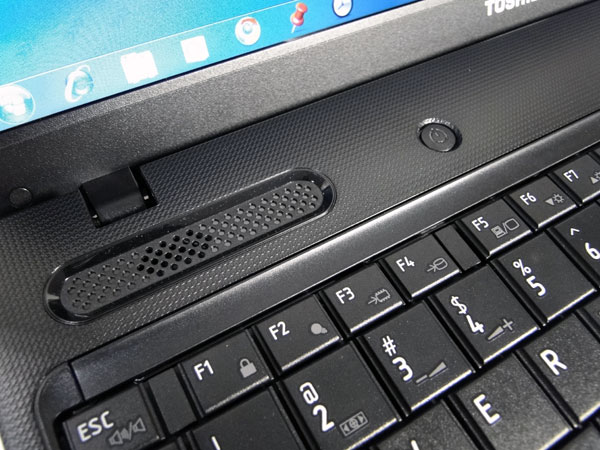 The speakers are nothing but average and there is only a single button on the machine that is used for power / hibernate / sleep. 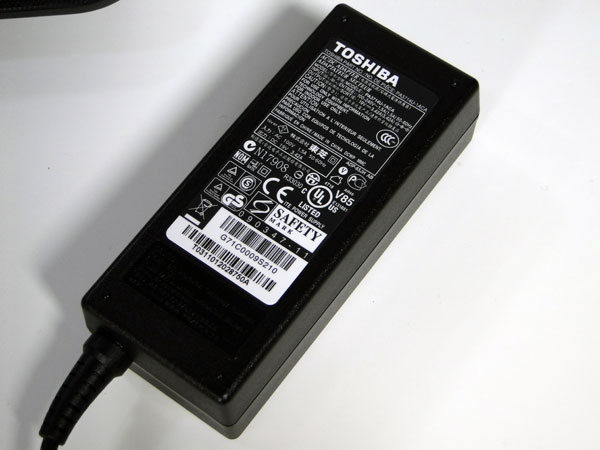 The power unit maxes out at 64 watts though I doubt that this machine would really pull anything close to that.

Next Page – Performance and Initial Thoughts

ASUS Notebooks Coming to a Best Buy Near You 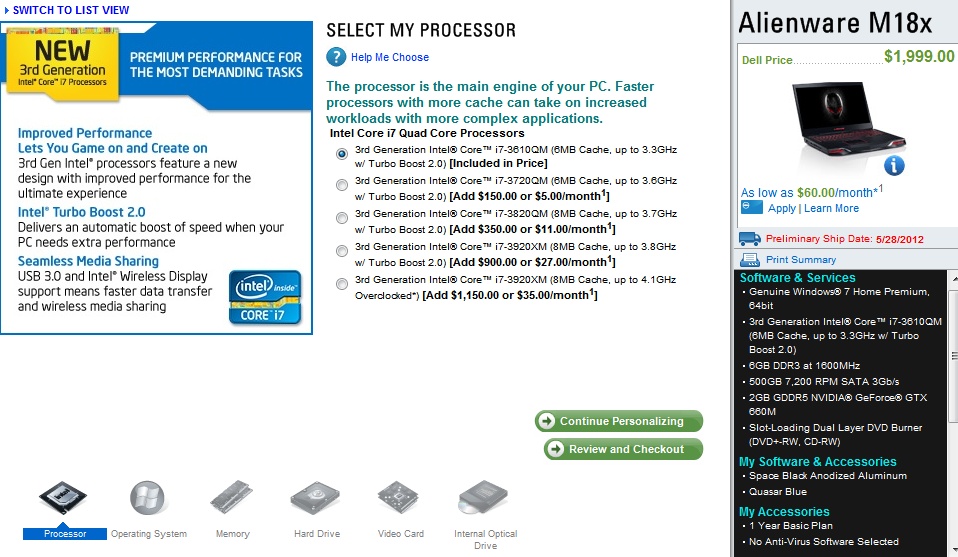