Along with the release of Intel’s Thunderbolt technology, Apple also released updated MacBook Pros that is really only a minor product update.  In general, the major update includes a move from Arrandale platform on the 15-in and 17-in models and from the Core 2 Duo CPU on the 13-in model to a complete Sandy Bridge based lineup.  Dual-core CPUs ranging from 2.3 GHz to 2.7 GHz will make up the 13-in MacBook Pro while the 15-in and 17-in versions will get the quad-core variants.

Here is what I find interesting about this move right now: Apple says they are shipping in 1-2 business days, yet the B3 stepping of the Cougar Point chipset only just started shipping from Intel’s fabs.  Now I don’t doubt that Intel would give Apple first dibs on the first set of product from them, but it seems basically impossible that Apple would have had time to replace or repair the motherboard they had no doubt been building up over the past few weeks for this launch by Friday.  Just isn’t going to happen.  So what’s the answer?  Is there going to be a potential issue with this generation of MacBook Pro machines in the years to come with the chipset bug that has caused Intel so many headaches?  Or did Apple get lucky and only utilize the two SATA 6.0 Gb/s ports on the chipset when building the new machines?  I doubt we’ll get a straight answer from either party here, but it is interesting to discuss. 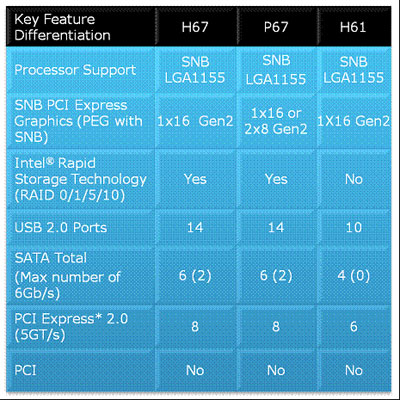 Update: It is also possible that Apple is using the H61 chipset from Intel that apparently does NOT have these technical issues as it was built after the H67/P67 Cougar Point chipsets.  It lacks support for Intel RAID technology (not needed), four of the 14 USB 2.0 ports (ditto), and two lanes of PCI Express 2.0 so it would be a feasible solution for Apple that would also work around any potential SATA bug problems.


Things are more interesting though when we look at some of the individual choices Apple made this time around.  For example, the 13-in MB Pro does not include discrete graphics at all and instead will fully depend on the integrated Intel HD 3000 series of graphics.  While in general I think the GPU portion of Sandy Bridge is more than adequate for basic notebook design, the key here is that Apple feels that the OpenCL implementation from Intel is ready for the world.  Remember that the Snow Leopard version of Mac OS requires it and that Apple has been a big proponent of the technology and the hardware acceleration it offers.  It looks like what kept NVIDIA in the fold with the previous generation 13-in model was finally overtaken by Intel. 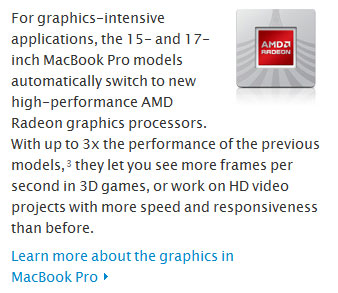 This also marks the first time a while (since late 2006) that Radeon graphics solutions have found there way into the Apple MacBook Pro and NVIDIA is basically completely out from Apple’s lineup at this point.  While personally I find it interesting to see Intel and AMD branded chips in a machine like this, in reality, this is what we all expected with the sandpaper-like relationship between NVIDIA and Apple after the 8000-series mess.  The Radeon HD 6490M is available on the 15-in model while the HD 6750M can be found on both it and the 17-in configuration.

Other than that, most of the upgrades are what you would expect: more SSD options, a “Facetime” camera (to the rest of the world, it’s a webcam) and of course, Thunderbolt technology.  Now if we can just get some accessories that utilize it… 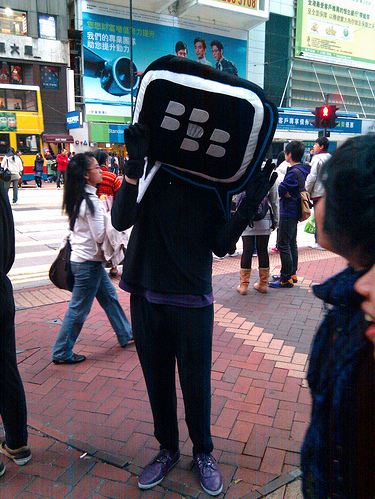 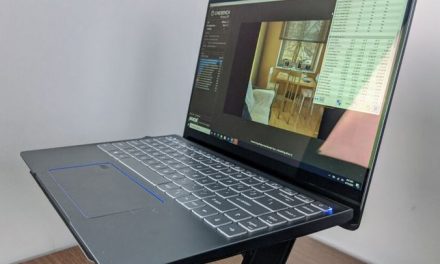