Gigabyte joins the fray of vendors sporting the new LGA 1155 socket and now defunct P67 chipset on their latest P67A-UD4 motherboard. The P67A-UD4 brings Gigabyte’s redesigned heatsinks, black PCB, and a ton of features including a 12-phase power design, USB 3.0, SATA 6GB/s, and support for dual PCIe x16 graphics cards in either SLI or CrossfireX configurations.

Gigabyte goes all black with new line of P67 motherboards

Gigabyte joins the fray of vendors sporting the new LGA 1155 socket and defunct P67 chipset on their latest P67A-UD4 motherboard. The P67A-UD4 brings Gigabyte’s redesigned heatsinks, black PCB, and a ton of features including a 12 phase power design, USB 3.0, SATA 6GB/s, and support for dual PCIe x16 graphics cards in either SLI or CrossfireX configurations.

The P67A-UD4 is priced smartly between $185 and $200 (many have been pulled from the market because of chipset issues) and include a redesigned low-profile heatsink over the power components and chipset that add a lot of edginess to this motherboard. We also like the available features on the back I/O panel that showcases two eSATA ports, two USB 3.0 ports, Gigabit LAN, and eight-channel high-definition audio support.

The rest of the P67A-UD4 features a hardware-based 12-phase power design, Ferrite core chokes, driver MOSFETs, and Gigabyte’s dual BIOS, on/off USB port charging. This board also supports 32GBs of dual-channel DDR3 2133/1866/1600/1333/1066 MHz memory. Let’s check out the rest of the features associated with the P67A-UD4.

Maximum Power Delivery
Like the pistons and cylinders of a car engine, the design of the motherboard Voltage Regulator Module (VRM), component quality and number of power phases greatly affects motherboard performance. GIGABYTE engineers were first to realize not only the importance of using the best quality components for this critical area, but also that with more power phases, there can be more power available to your CPU. GIGABYTE 6 series motherboards with their new redesigned VRM, promise to deliver first class system performance and power stability. With only the best quality components and unique design, incorporating Dual CPU Power and Power Phase Boost with Multi-gear Switching, your CPU can enjoy better power than what was available from previous motherboards.

Driver MOSFETs – Integration of VRM Components
A traditional Voltage Regulator Module (VRM) consists of a Choke, Capacitors, MOSFETs and a Driver IC. By incorporating the MOSFETs and driver IC in accordance with the Intel® Driver-MOSFET specification, we can achieve higher power transfer and increased efficiency at higher switching frequencies to satisfy the growing power requirements of today’s processors. Driver-MOSFETs also help to reduce VRM real estate requirements in the CPU zone.

On/Off Charge Technology
GIGABYTE On/Off Charge technology allows you to charge your iPhone, iPad and iPod Touch regardless of whether your PC is on, in standby mode or even off. A derivative of GIGABYTE’s highly acclaimed 3x USB Power feature, On/Off Charge enables devices to draw more current from GIGABYTE motherboard USB ports than standard USB ports allow, so that charging from your PC can be as fast as with a charger…more
Note: Due to certain mobile phone limitations, users may need to connect the mobile phone to their PC before the PC enters S4/S5 mode to enable a quick charge from non On/Off Charge USB ports. Charging results may vary by model.
SuperSpeed USB 3.0
GIGABYTE Ultra Durable™ 3 motherboards boast SuperSpeed USB 3.0 technology made possible through an additional onboard host controller. With superfast transfer rates of up to 5 Gbps, users are able to experience a theoretical 10x improvement over USB 2.0. Additionally, backwards compatibility with USB 2.0 assures users of long term use of their legacy USB 2.0 devices.

Turbo USB 3.0 – Boosts Performance by Up To 10%
When GIGABYTE’s Turbo USB 3.0 feature is enabled, it provides the fastest possible USB3.0 performance by allocating PCIe lanes to directly connect the CPU and USB 3.0 controller chip. This provides approximately 10% better performance than when it is disabled and USB 3.0 traffic is directed through the chipset. Note: Turbo USB 3.0 utilizes 8 PCIe VGA lanes, so it is only possible to enable it with a single graphics card running at PCIe x8 on P67 chipset motherboards, or while using Intel® HD Graphics from the CPU (i.e. no VGA card) on H67 chipset motherboards. It is an option for high bandwidth users.

Turbo XHD- Full Automatic RAID 0
GIGABYTE Turbo XHD provides a quick and easy way to boost your hard drive performance by automatically detecting 2 new SATA3 HDDs and enabling users to effortlessly set up a RAID 0 configuration via an easy to use utility. RAID 0 boosts HDD performance by up to 4X.
Turbo XHD function only enabled for the SATA controllers integrated in the Intel P67/H67 Chipset.

Multi-display support with 2 way SLI™ and 2 way CrossFireX
Flexible graphics capabilities – Up to 2 VGA cards are supported for either 2 way CrossFireX™ or 2 way SLI™ action, delivering the ultimate in graphics performance for gaming enthusiasts who demand the highest frame rates without compromising on resolution. 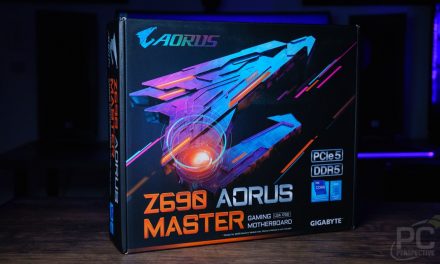