Anandtech was able to get some information on the Intel 6-series chipset issue that was revealed earlier today and the problem appears to more technical that originally thought.  After some discussion with one of Intel’s VPs, the story is revealed.

The problem is with a single transistor in the Cougar Point chipset, one that with enough voltage, temperature and time can increase leakage to a point that will actually disconnect the SATA channel from the chipset.  The PLL clock that is used for the SATA 3.0 Gb/s ports is different from that of the SATA 6.0 Gb/s channels, thus the reason those channels remain unaffected. 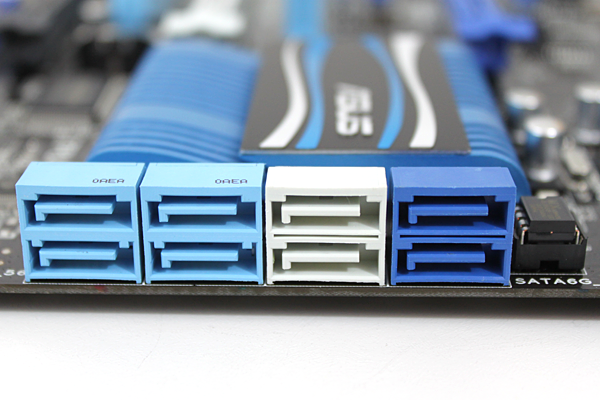 The source of the problem…

Probably the most disappointing part of this news is that, as Anandtech discusses, the transistor at fault is actually not required for the 6-series to function but is rather remnant logic from previous chipset designs.  The solution that Intel glossed over in the conference call is to actually take this transistor out of commission by removing power to it.


While Steve wouldn’t go into greater detail he kept mentioning that this bug was completely an oversight. It sounds to me like an engineer did something without thinking and this was the result. This is a bit different from my initial take on the problem. Intel originally characterized the issue as purely statistical, but the source sounds a lot more like a design problem rather than completely random chance.


Another interesting data point from Anand’s story: Intel has only shipped 8 million 6-series chipsets and with $700M for recovery, that is about $87.50 per chipset to correct the problem.  That should pretty much cover a replacement motherboard for most users.

If you have a Sandy Bridge system now, moving your drives to the SATA 6.0 Gb/s ports is the best solution to avoid any potential problems until the vendors work out the details of the recall.  If you are using SATA 3.0 Gb/s ports today, you likely won’t have any issues and should be okay waiting for the replacement.  No word on whether Intel plans to make up the hassle to consumers with something like a free upgrade to the Z68 platform (that was due in March anyway) but we are eager to see how this all unfolds.

Feel free to leave your thoughts in our motherboard forum!!  What do you think the vendors and Intel should be doing for consumers?