The Radeon HD 6990 4GB easily takes the crown of the fastest graphics card on the planet and it unseats AMD’s previous flagship, the Radeon HD 5970 2GB from that throne.  The new dual-Cayman design is easily the most potent combination of technology and engineering we have seen in a long time and should renew hope in enthusiasts minds that we have not yet gone past the days of company’s really targeting US.  The best single GPU cards from NVIDIA and AMD simply don’t stand a chance in our testing and as you would expect, the HD 6990 takes the best we can throw at it.

Metro 2033, a game that used be dominated by NVIDIA and its drivers, has firmly fallen on the side of AMD and we can now actually run the game at top quality settings at 2560×1600 without having a terrible experience.  Lost Planet 2 was a bit of a mixed bag as the GTX 580 can and does keep up with the performance of the HD 6990 as was F1 2010 with its obviously broken CrossFire profile configuration (later apparently address by AMD after our testing).  Bad Company 2, Civilzation 5 and others clearly ran better on the HD 6990 and if you want the best gaming experience on a single card, then this is without a doubt the most complete package a gamer can buy. 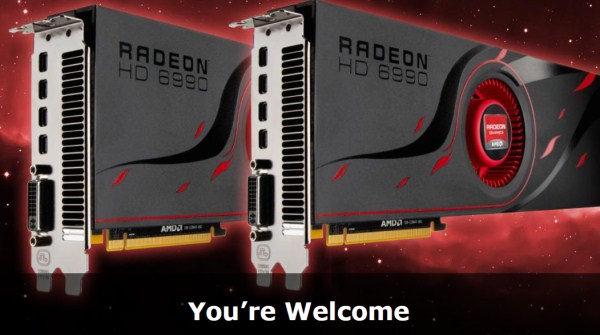 
When we look at combining other single GPU cards though to compete against the HD 6990, the story changes quite a bit.  With a $699 price tag, nearly twice the price of a single Radeon HD 6970, AMD has let the new guy fall into a pitfall of scenarios where a pair of graphics cards are a viable option.  Take our NVIDIA options for example: the GeForce GTX 570 and GTX 560 Ti SLI combination create very compelling alternatives with a price of $700 and $500 at the time of this writing.  In most cases the GTX 570 graphics cards are able to match or beat out the HD 6990 and the much lower priced GTX 560 Ti cards can keep up in some cases as well.  Even from AMD’s own arsenal you’ll find the pair of Radeon HD 6950 2GB graphics cards to be a great solution that allows users to break up their investment into two easy installments.

There are of course pros and cons to running a dual GPU setup than a single card dual-GPU card.  Dual cards take up more space in your case and require more power cables to be routed in your system, though they are shorter in individual length than the massive 12-in HD 6990 PCB.  For NVIDIA, if you want three displays connected to your rig for Surround gaming, then going with an SLI configuration is the ONLY route while with AMD’s cards you get as many as 6 (and at least 3) with every card.

The overclocking switch on the Radeon HD 6990 4GB should not be overlooked at all, and though we didn’t get a chance to really play with it before leaving for vacation, the option to push your ~375 watt card up to the ~450 watt limit opens up all kinds of possibilities for casual overclockers and well as the bat-shit-crazy LN2 guys that want to set world records.  Besides getting the quick and dirty overclock from 830 MHz to 880 MHz core clock, you get the added power and flexibility to try and hit that 1200 MHz barrier that the updated version of Catalyst Control Center offers.

The display configuration is both unique and interesting on the HD 6990 and thankfully AMD has included a set of three display adapters to help make the transition easier.  With two passive and one active dongle, users will be able to move directly into the world of Eyefinity and multi-display gaming without having to head off to Newegg or Frys.

As we mentioned one of the first pages and in our performance discussion above, the $699 estimated MSRP puts a bit of hamper on the HD 6990 if only because the second most expensive card you can buy today in retail is the GeForce GTX 580 that will set you back a seemingly bargain-basement-price $499.  Asking for $200 more than the previously highest priced card is a LOT and AMD is hoping that enthusiasts will see the benefits of getting this performance in a single card and be willing to pay for it. 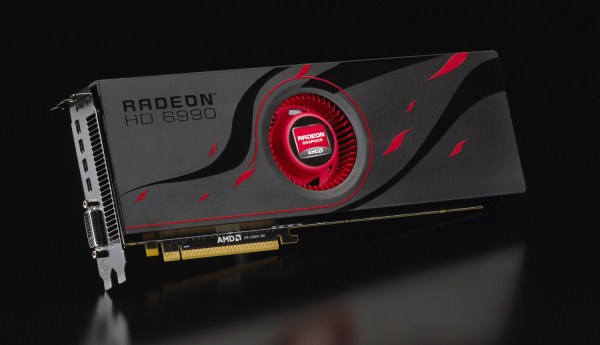 And in some ways, it HAD to be this high: getting a pair of Radeon HD 6970 2GB cards will cripple your wallet by $720 and they are likely slightly better in performance with higher clocks speeds etc.

For pretty much anyone, asking for $700 for a graphics card is going to be insane and we can’t blame them.  If however, that IS your bag, the HD 6990 isn’t a great deal, but it is a great performer.

As an enthusiast myself, it is hard to argue with the raw performance that you see when playing with the Radeon HD 6990 4GB graphics card.  In a single PCI Express slot you can get the fastest GPU computing solution in the world and support for as many as five monitors and you can’t say that from any other AMD or NVIDIA options on the market today.  NVIDIA has not tried very hard to hide the fact that they are coming out with a dual-GPU option to compete very soon and if they can get two GTX 570 class GPUs on a single PCB, they might have a strong competitor.  But until then, we have to hand it to AMD for combining awesome performance with a lot of nods to the overclocking and enthusiast communities. 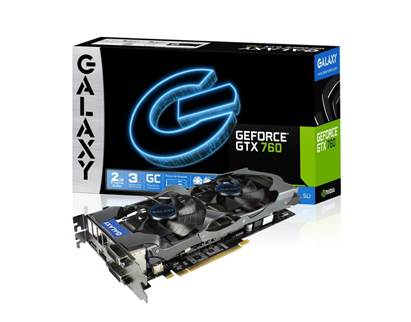